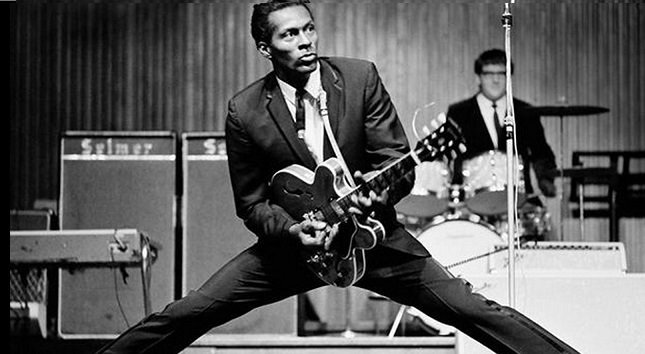 Chuck Berry – the founding father of rock ‘n’ roll, the architect of the new electric age, the man who built the bridge between blues and the new age of rock ‘n’ roll and who invented the riff chassis and added the poetry and the swagger and the legendary duck walk to the genre, has died at the age of 90.

The poet laureate of the 12 bar and the gifted dealer of the chugging guitar lines that defined the form and created a career for the likes of the Rolling Stones and perhaps nearly all rock ‘n’ roll and who is genuinely the founding father of late twentieth-century culture was, without doubt, one of the greats…

Chuck was the architect of the form, he made the electric guitar iconic and his songs were full of the thrills and excitement of post war culture which he captured in those zigzag riffs, thrilling guitar lines and brilliant lyrics that echo through the decades like quicksilver magic.

He may have never had the blockbuster hits of the people who stole his thunder, but his songs have become complete classics of the genre with generations of guitar players having been inspired by and having learned their craft from the master. The songs may never have lodged at number one, but somehow they are so deeply embedded in popular culture that they feel like they did anyway.

He toured to nearly the end, was always the perfect showman with that famous strutting walk and guitar held like a machine gun with a life immersed in the perfect electricity of his deceptively simple but thrilling genius, which genuinely changed the way we listened to and felt about the world.