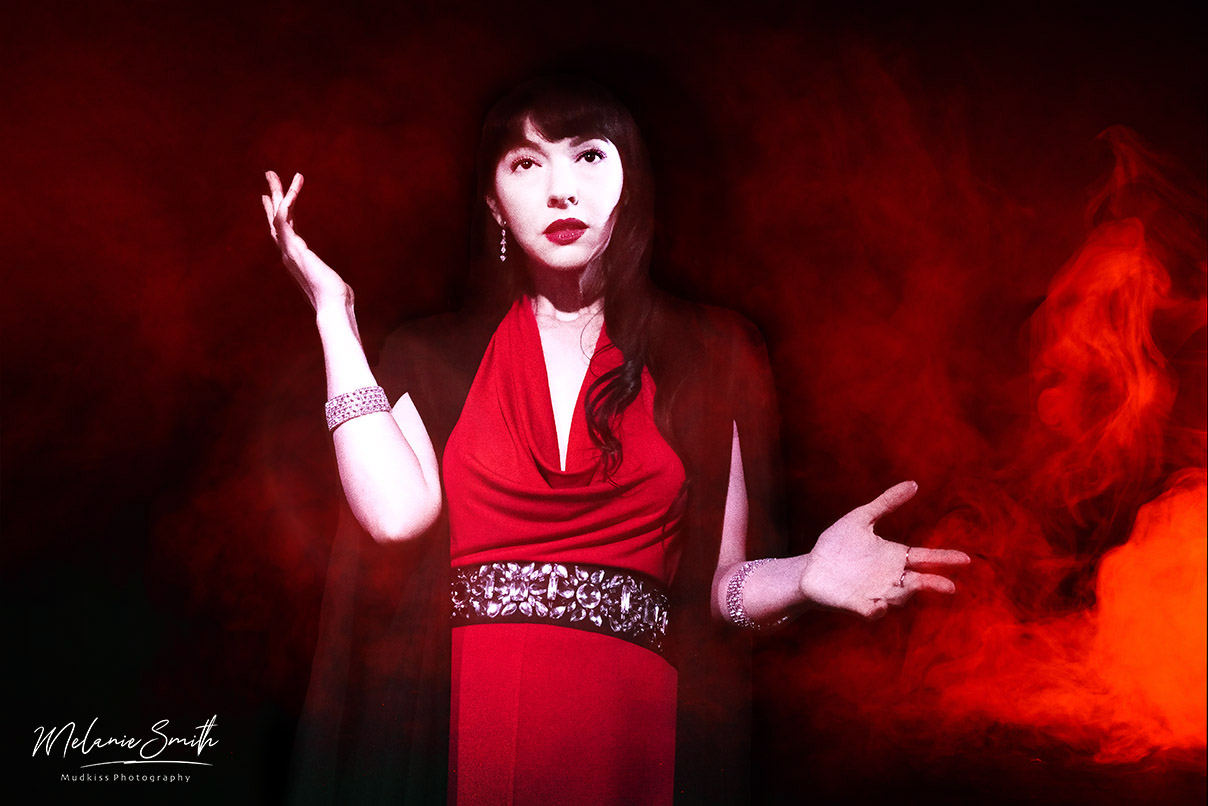 Chrysta Bell is in Manchester for the first of two visits this year, this time promoting her latest album Feels Like Love, released a few days before the show.  Lee Ashworth climbed the zig zag stairs to the Academy 3, spiralling upwards to leave the brick, stone and steel of the city far behind…

It’s 8:45 p.m. in the northern city of Manchester and Beautiful Mechanica are finishing their support set to an appreciative audience in the student union building.  Graham Sampson offers sincere, appreciative preambles to each song and the triumvirate come across as a band for whom connecting with their audience is everything.  Their music is a fusion of 80s electronica with emo overtures and some compelling guitar licks.  There is something inescapably American about their sonic landscape that makes singer Sampson’s English voice somewhat surprising, yet with acknowledged inspiration from recent time spent on the West Coast of the USA it is clear that the sound of Beautiful Mechanica is a trans-Atlantic exchange of ideas.  As the audience makes its way to the bar after the concluding song, echoes of the sharp, strong, vocal yearnings of Andy Bell or Holly Johnson reverberate, albeit in a very different musical context. 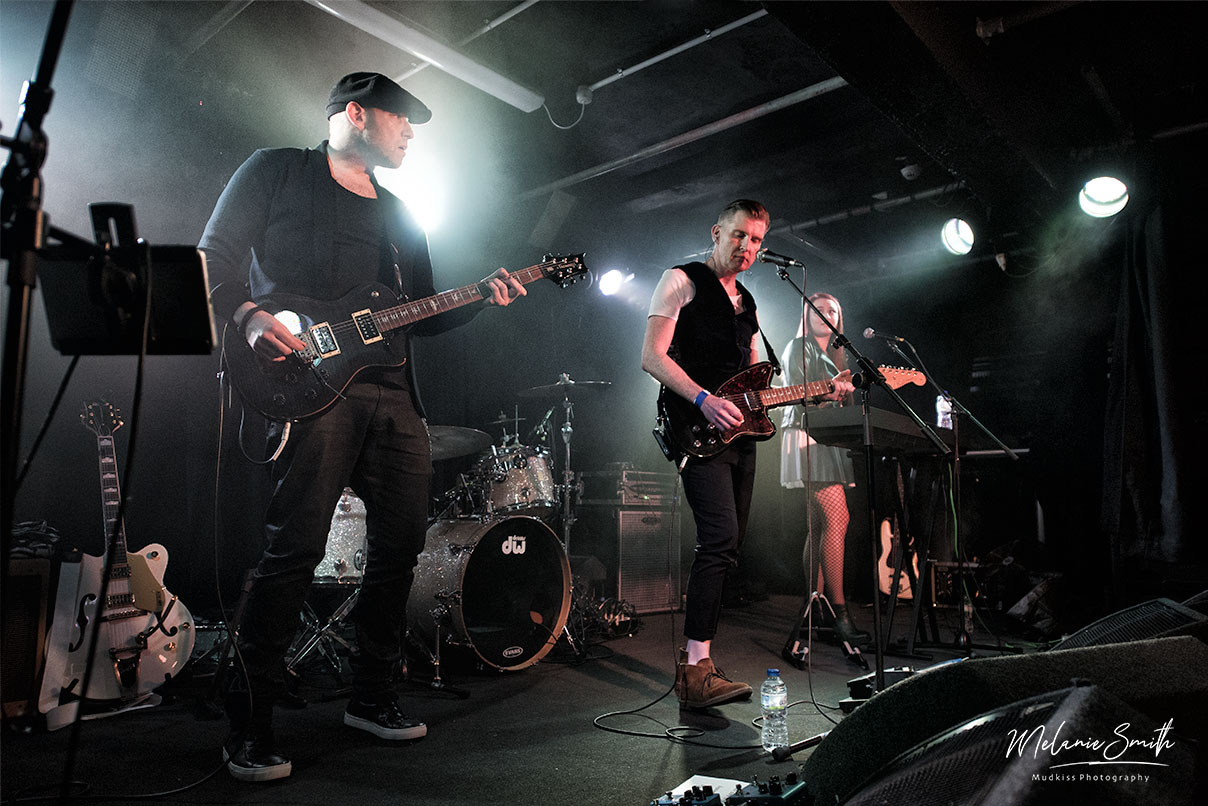 Darkness enshrouds the stage and we are all locked in the tiny black box that is the Academy 3, above the towers of academia on Oxford Road, above the students, the taxies and the buses, somehow maybe, above the clouds, in a different dimension now where the only light is blue or red, where we wait for the cabaret to begin.  A heavy sonic weather system settles in, rumbling through the room, crackling as the band take the stage: guitar, bass and drums.  And there she is, emerging from the darkness, alabaster arms and face, a cloak upon her back. Chrysta Bell arrives…. 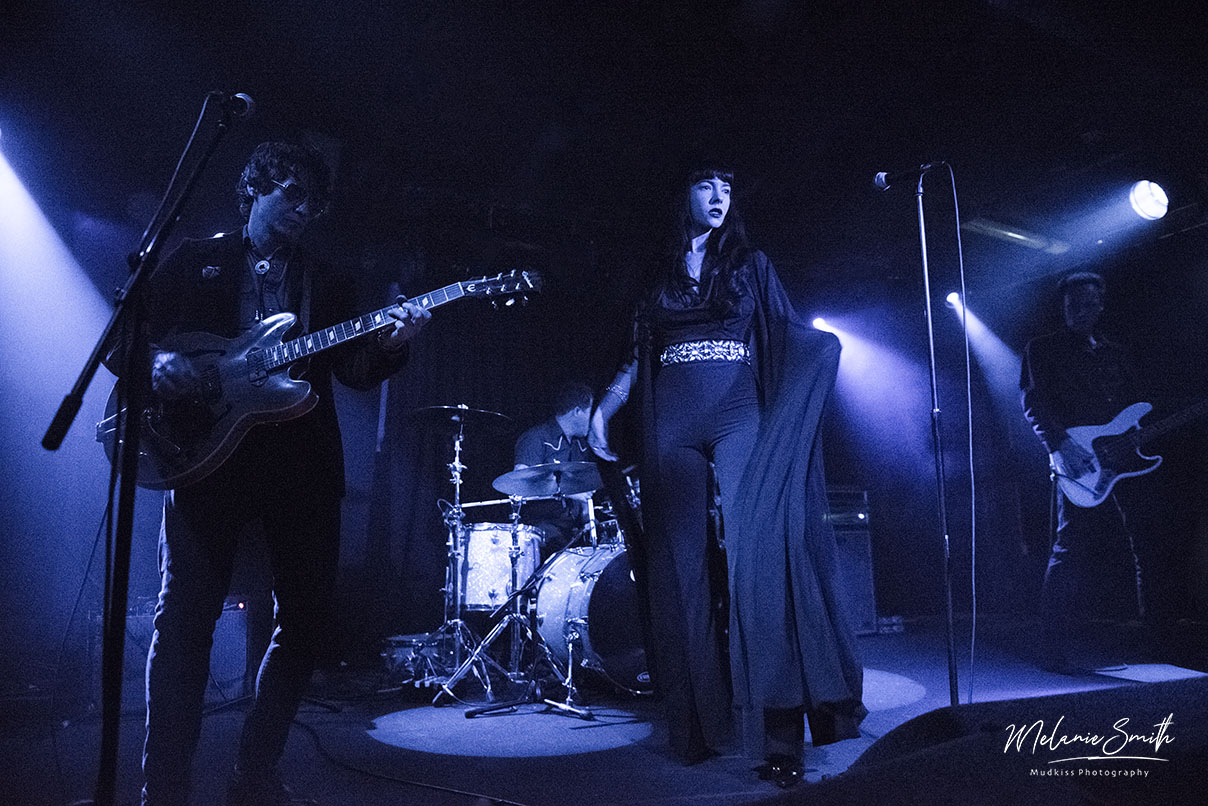 I am at a Kabuki theatre, one actor portraying every character in this distorted play, shifting between them from red light to blue and then back again.  Chrysta Bell is a multitude of ideas, composed on stage in this space, configured before our eyes between the light and the darkness, in the contrasts, in the shadows and the spaces.  In this tight, black box we breathe the same air, the bass and the beat thudding our hearts through the floor, digging deep, sending us under the spell.

I am in a lounge bar somewhere beyond the smoking ban.  Glasses chink but you don’t hear them.  There is the small glow of table lamps and curtains, those red velvet curtains from that place, that other place, billow and bunch at the side of the modest stage.  I am at the cabaret in a fin de siècle town in a fin de siècle life and there is nowhere else to go, nothing left to do.  I am surrounded by people and yet completely alone.  I raise the glass to my lips, drain the last of the whisky and scream. 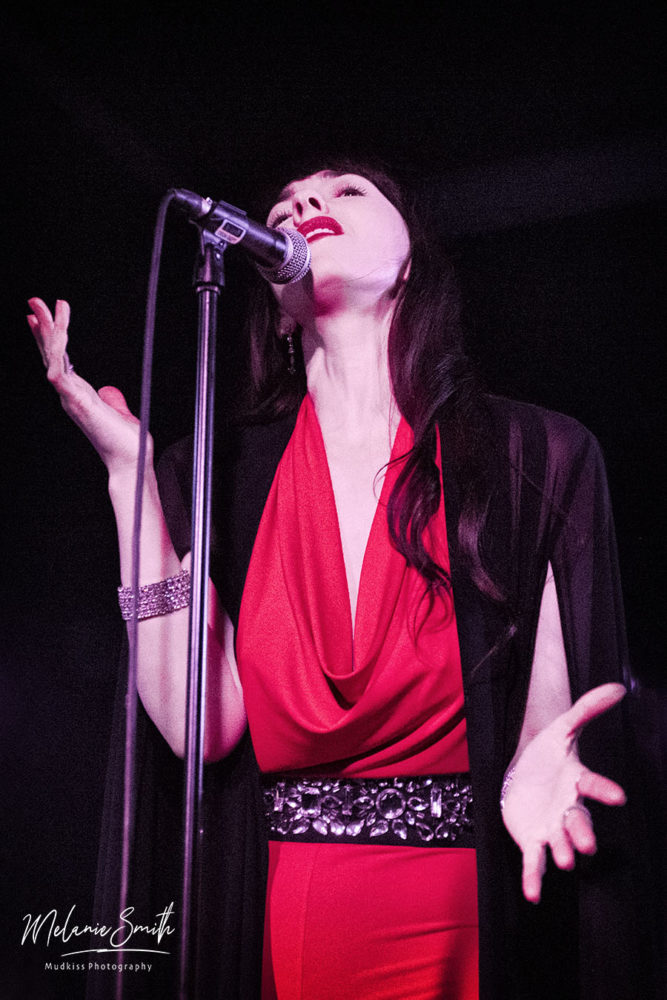 I am in the roadhouse surrounded by empty bottles of American beer.  Outside, the neon sign flashes in the night.  A freight train rattles the tracks.  Inside, between the chug of Chrysta Bells’ twelve bar blues, pool balls click and clack and no-one hears them.  Just Chrysta Bell and Chrysta Bell has become just voice, a process of in-song transformation, a metamorphosis of visceral proportions as she undulates and writhes, from sober enunciated vocal melodies to deep, cathartic moans, projecting herself beyond her body, beyond the lip of the stage and out across the space between us.  Her voice starts off apart, another instrument in the mix, before mingling, intertwining with every aspect of the sound, reaching a peculiar union, protracted, like the heel of a boot fixed hard on the accelerator pedal driving us all off the cliff.

Chrysta Bell showcases music from her lengthy back catalogue including two solo albums and several collaborations with the artistic genius that is David Lynch.  The diversity of Chrysta Bells’s music, given her relatively modest output, is one of the more surprising aspects of the evening.  We get the chanteuse of the dark cabaret with some of the slower tracks from This Train, we get the twisted alternative pop of much of her latest and perhaps most innovative album to date, Feels Like Love, and we also get plenty of the grungy pact-with-the-devil electric surf blues associated with Lynch’s roadhouse music.

Between the tracks, Chrysta Bell herself emerges, sweet and modest, sincerely grateful for the audience response.  She prefigures tracks such as Night Drive with anecdotes involving Lynch playing her the musical bed and dispensing imaginative instruction prior to the vocal booth: “You’re driving through the night and there’s a gun on the seat next to you and your girlfriend’s been a real bad girl…”.  Elsewhere, prefiguring Blue Rose, she talks about how the track was inspired by her fantastic time playing Tammy in season three of Twin Peaks.  At about the mid-point during the show, she credits the work of John Parish in producing her previous album and it’s true, Parish’s musical hallmarks run through Chrysta Bells’s music.  Some of the tracks and the presentation tonight are reminiscent of PJ Harvey’s To Bring You My Love.

Chrysta Bell, her music and persona sit amongst all this, but for all the references and collaborations that her creativity is steeped in, it’s her singular and spectacular voice, her onstage presence and her own artistic path that earns the plaudits tonight.

You can find Chrysta Bell on her official website here.