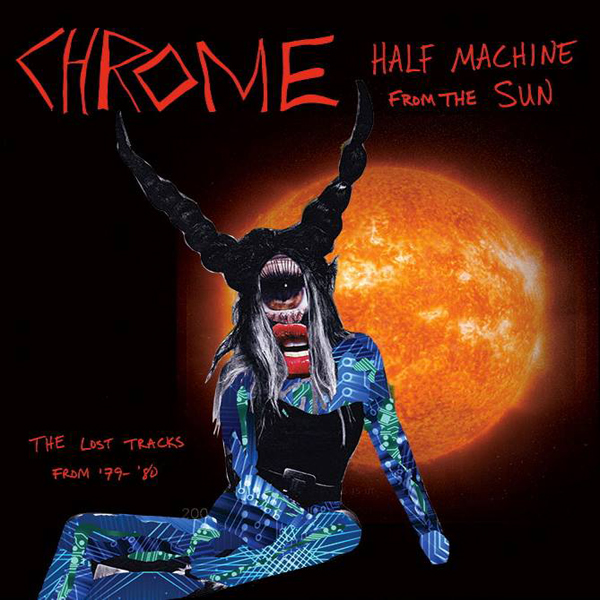 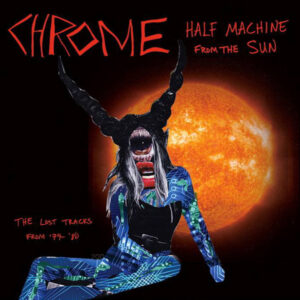 Chrome were a band who really should be higher on that alternative pyramid. Somehow melding Punk, New Wave, Psych, Industrial, Electro, Sci-Fi into a seething mass of sonic hardcore energy. Blasting laser white light onto silver and reflecting eye-widening colour, the whole of which was never brighter than on ‘Half Machine Lips Move’. This monstrous outpouring from 1979 a brutal cut and thrust mass, so beautifully disjointed even to this day after lord knows how many outings offers new joy every single ear-bleeding time. Easily sits in my all time Top 10 and I’m sure an inspiration for many bands you love today, yesterday and tomorrow. Moving into a new decade Edge and Creed smoothed a few corners and Red Exposure unleashed in the UK via a formative Beggars Banquet label and bought by more than a few Numanoids I’m of no doubt. Quite rightly so, hopefully freaking them out, inspiring to delve a little deeper and find darker creations. These were two very important albums in history, let alone the on-off history of Chrome, Damon Edge and Helios Creed.

After the sad departing of Damon Edge some years ago, Helios Creed has now taken up the reigns and before delivering new output as Chrome drops 18 Lost Tracks from 79-80 into the pot which apparently were surplus to requirements or not fit for purpose. But, “now is their time” according to his sleeve-notes. As with most ‘unreleased’ collections, especially one of songs based around such a seminal period it is hard not to be a little negative as just the point of fact that these songs were rejected probably means they will never live up to the output of the time. In honesty on first listen they don’t, but with perseverance, a degree of forgiveness and a picking apart of the bones there is enough here to keep referencing above some of the later solo and Chrome works. There are really great moments like ‘SALT’ and ‘Fukushima (Nagasaki)’, which are surely from 79 and hit the multi-dimensional highs of Lips Move. Overall though the feel leans towards Red Exposure lacking the corrosive burn of the previous album, yet some of the’‘straighter’ tracks like ‘The Rain’ and ‘Something Rhythmic (I Can’t Wait)’ fully probe the brain just as the instrumental ‘Sound And Light’ needles into flesh with all the fury as the rat from CV’s ‘War Of Nerves (TES)’ (buy 2×45 if you don’t have it).

Half Machine From The Sun – The Lost Chrome Tracks Pledge Campaign Video from Helios Creed on Vimeo.
Some thirty-odd years after creating this work two of the most mind-expanding artists need to be on the tips of all twitchy left-field tongues and if this collection helps to lick a new breed of Mondo Mayhem into shape then I’ll be more than happy. Damon may not inhabit this earth but we still have Helios Creed to feed on and while he’s around thankfully the March Of The Chrome Police will continue to collage the sonic threshold of sound with a kaleidoscope of colour. Bring on a New Age.

You can also follow me via Twitter @deadhead_TEQ and @bazzanagnagnag the latter where I babble endlessly on music, politics, life and society (lack of); expect bad language.