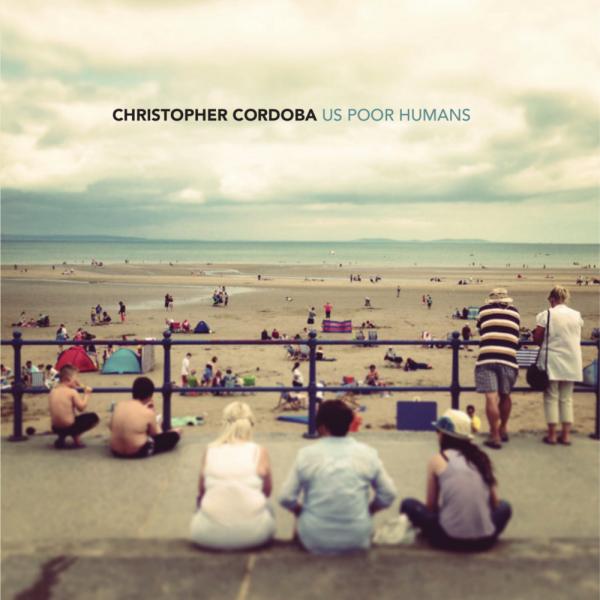 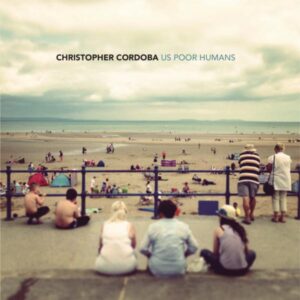 Christopher Cordoba releases an almost-entirely instrumental album, one which whilst clearly a product of its surroundings, also allows listeners to paint their own accompanying pictures. Louder Than War’s Philip Thompson reviews.

It is often suggested that music is a product of its environment, that is to say that if the surroundings of the people making the music bleed through, then the listener gets a feel of those surroundings. For evidence of this witness how many Sigur Ros reviews use the adjective “glacial” or how often “Unknown Pleasures” has been described as “desolate”. Christopher Cordoba’s “Us Poor Humans” is, at least to this reviewer, a distinctly urban collection of songs, more often than not conjuring up the city (possibly specifically the metropolis) at night. Of course, all this is wild supposition. If all music criticism is by its nature resolutely subjective, then this is exacerbated by reviewing an album of almost completely instrumental music. Almost instrumental- I’ll come back to that.

The album opens with the title track; a film-noir, John Barry-meets-electronica-meets-Harry Palmer affair which sets Cordoba’s stall out magnificently. It’s cool and it’s knowing. It is one of the two tracks with a vocal input- whispered riffing on the human condition which, despite its title, is less piteous of humanity and more misanthropic, ending as it does in the “cold, cold ground”. It’s interesting to note that so good is Cordoba in evoking a mood that on hearing this track my six year old daughter decided that it was the sort of music which plays “while a detective finds clues”, highlighting a distinct Raymond Chandler feel. Everyone’s a bloody critic these days.

The thrust of the album veers from a jazzy, late night feel (albeit with more experimental melody that one might expect from the instrumention) as evidenced in “Nocturnal”, “Nightrunning”, “S.G.A”, “Universe Simulation”, to the baleful industrial vibe of “Graverobbing” and many points in between. I am reminded of Boards of Canada in parts, not least as the keyboard technology often seems resolutely retro. This is particularly evident on “I Am Not a Drum” which almost feels like a 70s/80s kids science show before veering off course with some wonderfully treated guitar work.

Elsewhere, there is some lovely syncopated acoustic drumming married to an angular, mysterious guitar riff on “It’s A Tough World Out There”, minimalist yet disorientating tremolo on “Platonics”, and straight-ahead bonkers coffee-house playfulness on “Wei Wei”, which despite its wilful eccentricity still maintains a vaguely unsettling keyboard sample in the back ground. It makes the track, like album as a whole, an interesting melting pot.

The album is brought to a close with the trance-like slow build of “Vanishing High And Low”. It is during this track that the listener is rewarded with a second vocal track, suggesting that “Humans make music for emotion to overwhelm intellect”, an assertion which, frankly, sums this album up in eight words far better than I have in six hundred…

Overall then, this is a determinedly intelligent listen, redolent of some of Barry Adamson’s best work. We may not know exactly what is on Cordoba’s mind as he recorded these songs but I would suggest that they will be affecting in their own right to each listener. Christopher Cordoba has a gimlet eye and a magpie ear for bits and pieces of sound which fit wonderfully well together to create something unexpected. He brings an organic and, yes, human feel to the electronic elements of this album and a cool mechanical vibe when thinks teeter on the edge of emotion. A neat trick.

Check it out and let your intellect be overwhelmed.