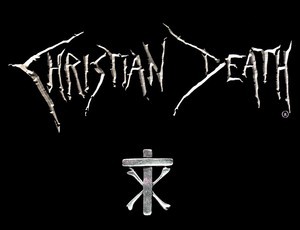 As with all Pledge releases the bands are keen to offer some added incentives, and Christian Death are no different offering the now usual signed editions, limited edition artworks, and T-shirts, Christian Death then up the ante and offer a limited number of buyers the chance to dine with the band, or perhaps to work a Death gig as either a bass or drum technician for $300 (£195), frontman Vlad will even officiate your wedding for $2000 (£1300) – this offer remains open for 5 loved up couples, though you need to be residents of the USA to apply.

This offer is available for just 1 buyer, with the band stating ‘We’ll be on standby until your demise’ – there are no further details as whether this offer if available for non US based interested buyers.

If you are interested in a death rock band marking your own death then check out the bands Pledge campaign, there is also a clip of track ‘A Nuns Confession’ which will be featured on the album.