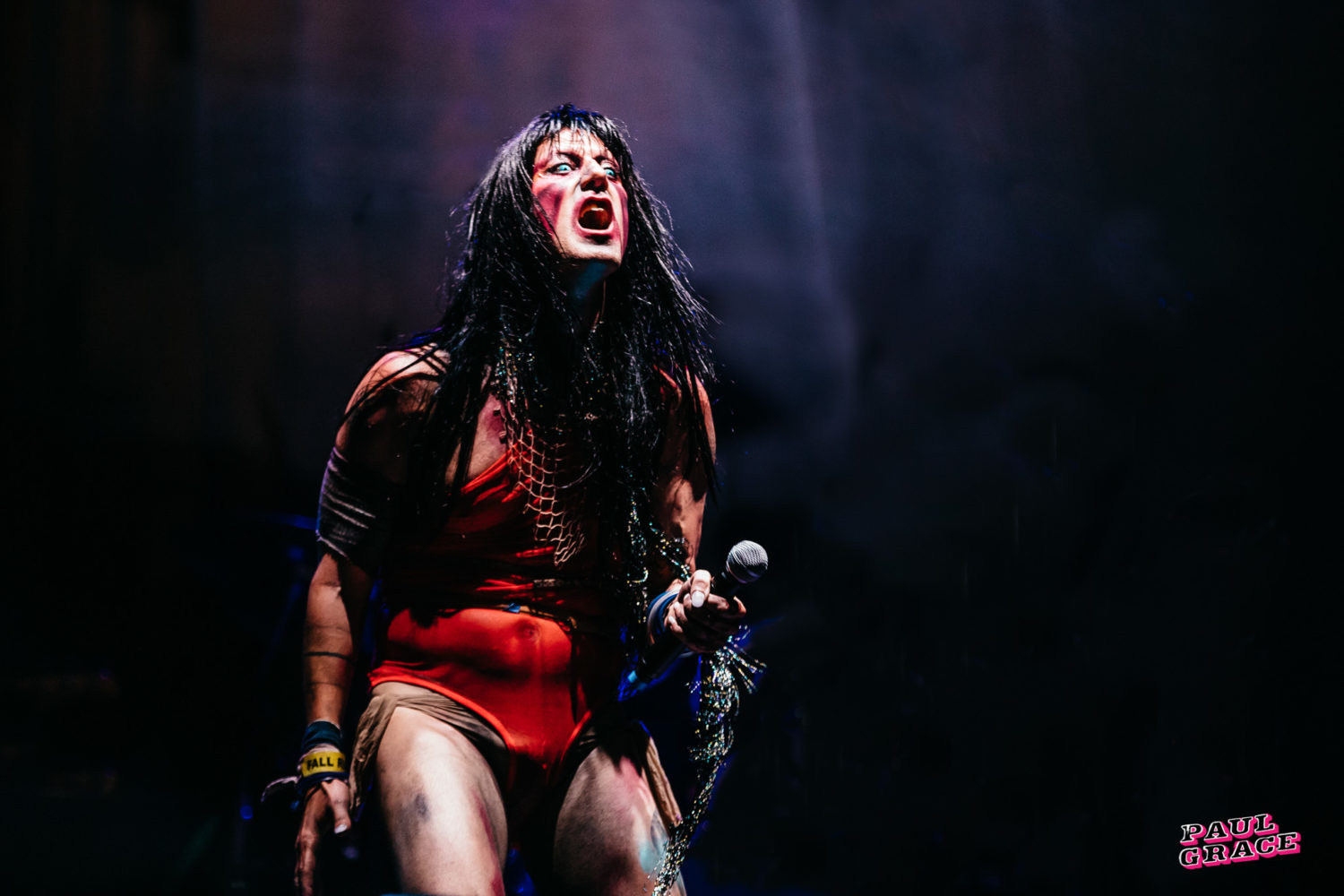 CHRISTEENE: The Lion, The Witch And The Cobra
Barbican Hall, London
22nd September 2019

Drag terrorist, Christeene Vale, takes over the hallowed walls of the Barbican Hall and delivers a spectacular show with a poignant message for us all.

The Barbican Hall is certainly a peculiar venue for Christeene Vale. The drag terrorist, created by Paul Soileau, normally frequents sleazy after-hours clubs or backstreet bars. Tonight, however, is no normal show, as Christeene pays homage to Sinead O’Connor by performing her debut 1987 album, The Lion And The Cobra, in its entirety. Gone are the butt-plugs and balloons, replaced by a ten-piece band that features a strings section, backing singers and dancers. With a suitably queer audience (I spot Marc Almond and Mark Moore), at 8pm sharp, the house lights dip, and we prepare for the ride. 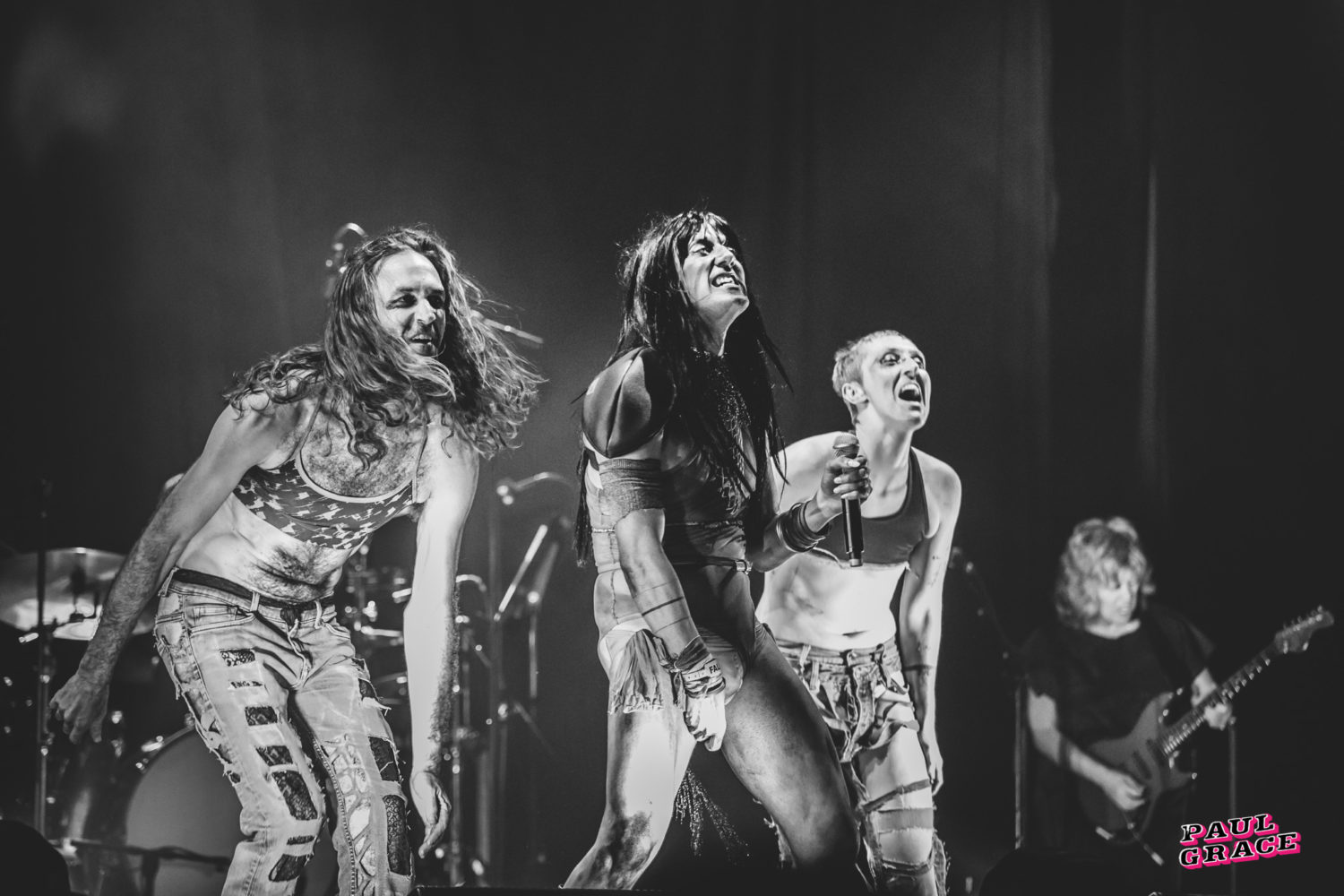 Wearing a red cape and white vale, Christeene is bathed a crimson glow for her dramatic entrance. Raised high on a platform, the singer screeches the vocal to Never Get Old, at the end of which she lifts her vale, revealing her face and torso. Daubed in trademark war paint, she looks like she’s spent the weekend being dragged around Dalston’s gutters.
Between tracks, and with creative use of metaphors, she denounces religion and encourages us to question the status quo. At a time when life feels like a cartoon, with Boris leading the UK and Trump in America, her message is welcome and poignant. 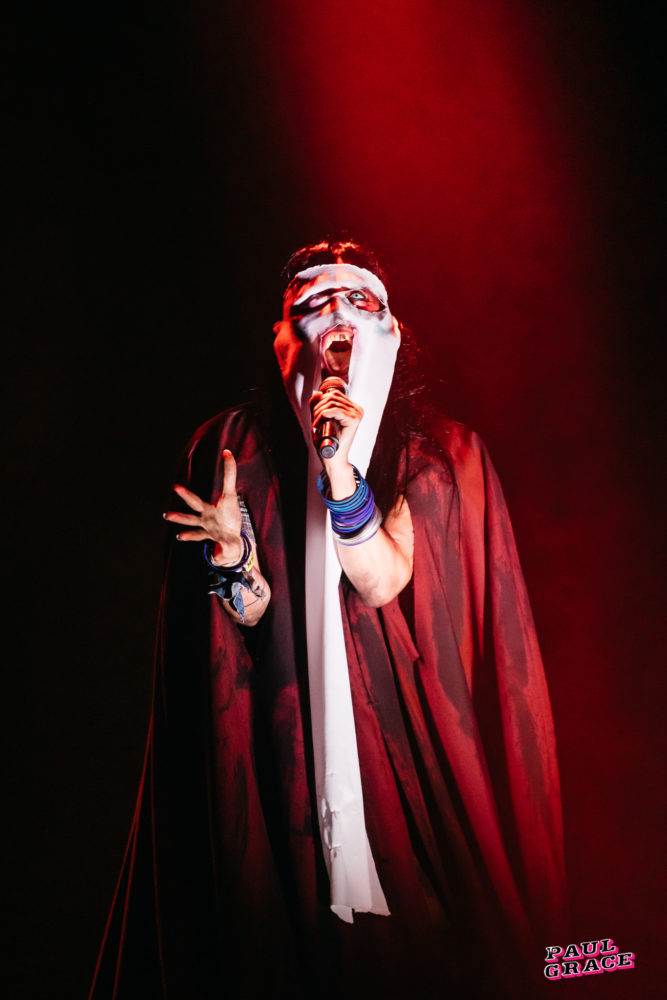 Production is low-key but effective, with very clever use of lighting and costume. The Barbican rear wall is used frequently as a massive screen upon which eerie shadows are cast.

There are two guest appearances; the first with gender warrior, Peaches, for a dark and moody rendition of Troy. Electronic wizard, John Grant, then joins Christeene for a sassy version of Drink Before The War. 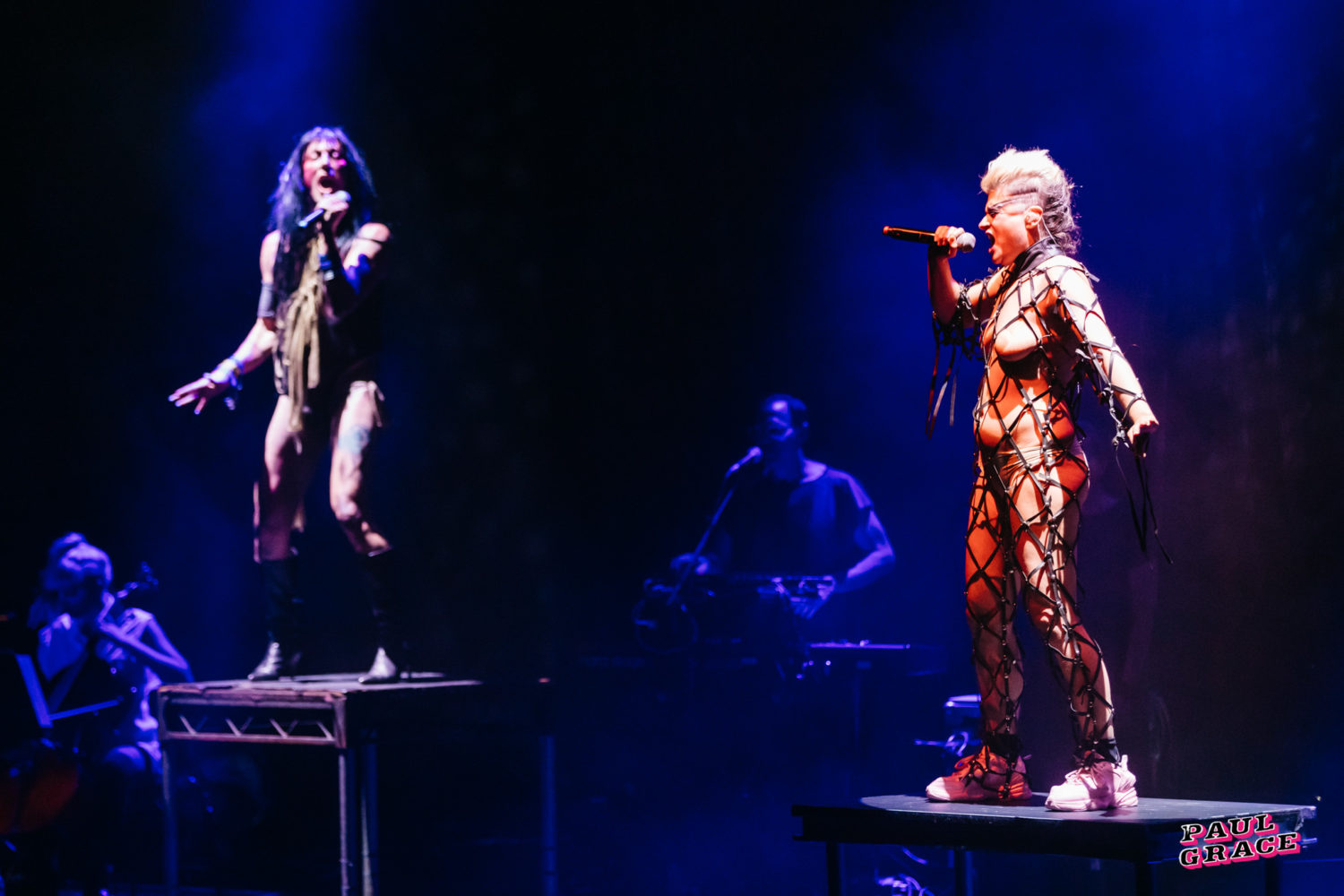 The encore takes the shape of one of her own electro-punk tracks, African Mayonnaise (“As if I wasn’t going to play you one of my own songs!”).

Uniquely avant-garde, The Lion, The Witch And The Cobra epitomises the very essence of artistic expression, delivering an urgent message for us all to prick up our ears and question the outward as well as the inward. Billed as one-off performance, I only hope we get to experience this extraordinary show again.