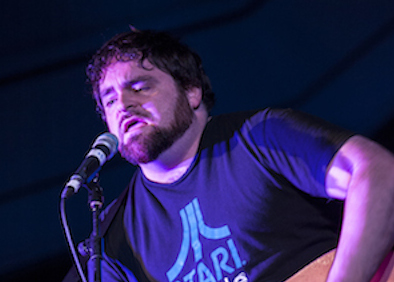 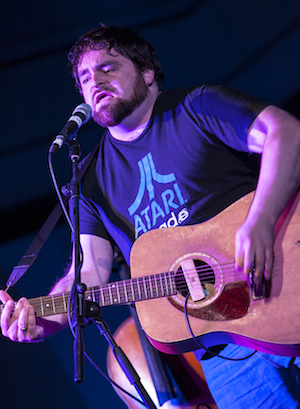 Chris T-T made another visit to the area despite what he calls his Manchester jinx (can’t take the blame for the parking ticket he got while loading the van outside his house in Brighton but uncanny) having done a support slot on the Emily Barker tour and a solo show at Kraak at the back end of 2013.

With the backing of his four piece gender equality band The Hoodrats, it was his recently released album ‘The Bear’ which got a thorough airing in the splendidly corniced room above Gulliver’s bar. All deep reds, chandeliers and exposed floorboards, it seemed more fitting for an Edwardian dinner party rather than the kicking rock and roll and grooves of ‘1994’ and the title track, which got an outing in its radio unfriendly form in tonight’s workout. Alongside the glut of the impressive new material – ‘A Beaten Drum’ (check out the lyric video on YouTube) showcased the more subtle sound of the band and the true story which makes up the stunning ‘Gulls’ (again check out YouTube for the acoustic ‘tourbus’ duet with Emily Barker) were a small choice pick.

For fans of some of the older material, there seemed to a bit of an animal theme going on (probably but maybe not) with ‘Elephant In The Room’ and the version of ‘Giraffes’ with its chiming guitar figure almost making it sound like U2 might come across in a small room should they ever pass through Manchester on a damp Tuesday evening. A broken string (in the gentle ‘Gulls’ of all places) gave Chris a chance to get to grips with an unaccompanied ‘M1’ song while the string was fixed, and not quite lay down his Manchester jinx.

To paraphrase one of his own album titles, it was an evening of good songs in a small room from a not only Chris and his band but also the full and appreciative complement of musicians. 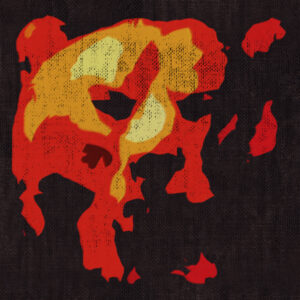 Support slots for the evening came from Ellen Cox, Mark McCabe and Oxygen Thief – all armed with acoustic guitars (and in Mark’s case a bottle of dandelion and burdock – “how cool is it to be in a bar which serves dandelion & burdock?”) yet in quite different guises. While Ellen’s reserved presence and embarrassed merch pitch contrasted with Mark’s more confident delivery, Barry Doan’s Oxygen Thief persona was a different kettle of fish. Playing solo although admitting to giving way to some band work, he worked up a storm with some raucous verging on violent acoustic guitar thrashing and assertive vocal delivery, yet showed his sensitive side with the song he wrote to celebrate the place he met his wife – Aberystwyth. His latest album ‘Accidents Do Not Happen They Are Caused’ is well worth seeking out.