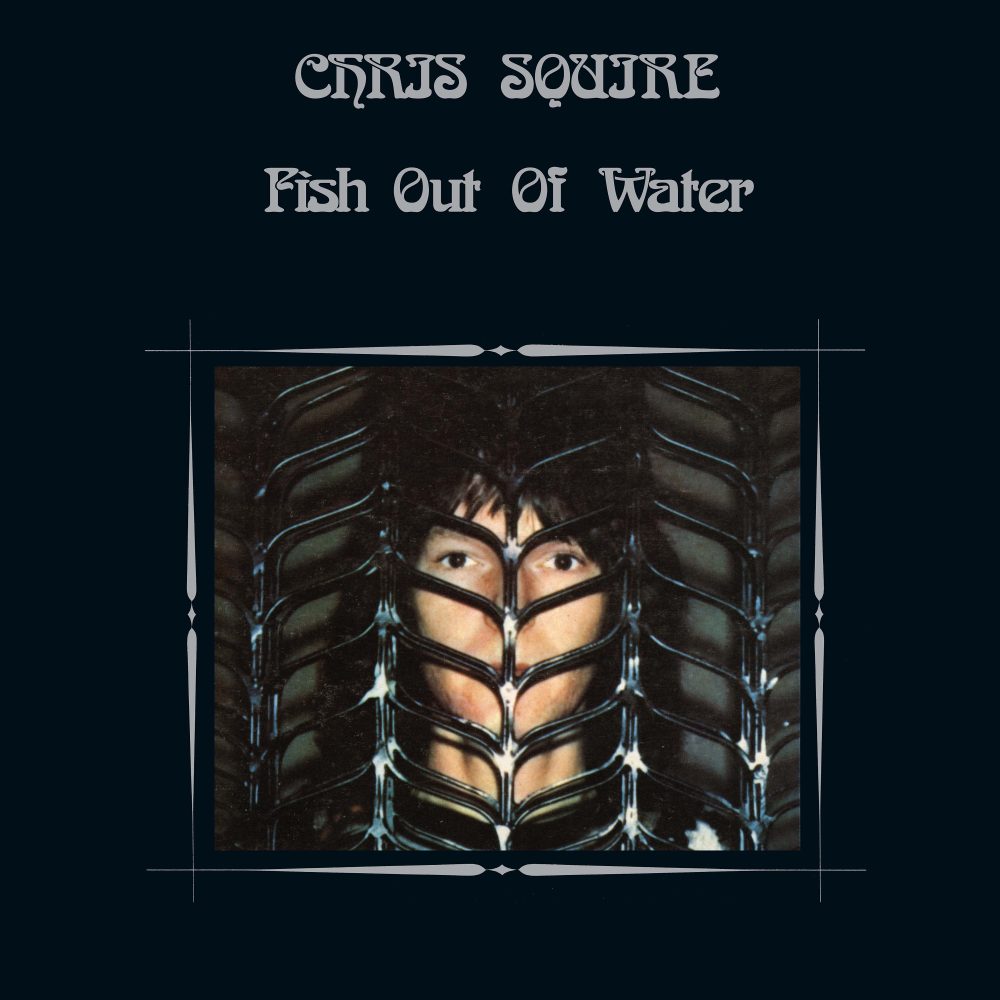 FISH OUT OF WATER

As if the legacy of the late Chris Squire as the only consistent member of Yes throughout their 50 year history – sadly he didn’t make the half century with his death in 2015 one of those alongside Bowie, Prince and Lemmy, mourned as a huge loss.

He stood as an immense presence in Yes, the only original member enduring the band’s constant line up changes until 2015.  Back in 1975 however, along with  his fellow bandmates, he took time out to indulge in solo work, the resulting Fish Out Of Water shifting not too far from the Yes template of the times.  Along with Jon Anderson’s Olias Of Sunhillow, Fish… was and still is, possibly the best of the bunch.

The album was essentially a collaboration between Chris Squire and his friend Andrew Pryce Jackman, a gifted arranger who had been a member of The Syn, Squire’s pre-Yes group. The sessions saw contributions from former Yes drummer Bill Bruford, the current Yes keyboard player Patrick Moraz and noted musicians Mel Collins and Jimmy Hastings. Back in November 1975, the album was a Top 30 chart hit in the UK and made the US Billboard Top 75 album chart, going on to sell nearly 500,000 copies worldwide. Unthinkable these days but going a long way to showing what a huge act Yes were at the time even when offshoots could sell in such quantities.

The reissue programme sees a vast and limited product as its grand centrepiece, putting the ‘eee’s into dElux(e);  for the cynics, a case of how much can you squeeze out of one album with remixes, singles, books, box and vinyl all part and parcel of the package. For those with limited purchasing power and less desire to own everything, the 2CD version includes the full album and a disc of extra odds and ends to provide the fuller Fish… picture. Made up of a remix of the original 1975 mix plus a new stereo mix by Jakko Jackszyk, it more than does the job.

For most Yes fans, the most familiar strains of Hold Out Your Hand herald Squire clearly still in Yes- Relayer – mode. The track released a the high profile single, in hindsight, it gives an indication of the more commercial direction in which Yes would travel in their mid eighties/nineties period. The distinctive vocal now taking centre stage, it’s a strangely melodic and wider appealing song than you’d expect from a seventies prog rock offshoot, not all bass guitar to the fore although Squire’s bass work was always unique enough to shine through.

In contrast, the more typical 14 minutes of Safe (Canon Song) will have had the Yesfans wallowing, shifting through passages which include and grand sweeping orchestral gestures, showing a Yes–like ambition. And then there’s the inclusion of Run With The Fox – the most underrated Christmas song ever – along with Return Of The Fox whose instrumental treatment sits comfortably on the Run With The Fox 7” single as a single B-side. Single edits of Lucky Seven and Silently Falling add little musically, but for completest, give a different although perhaps, unnecessary alternative to two tracks.

Always justly proud of his first solo album, it was Chris Squire’s long held wish that a 5.1 mix, not available for evaluation sadly, would be undertaken of the work someday. This Esoteric Recordings edition finally brings this to fruition and is a fitting tribute to the artistry of Chris and his collaborator, Andrew Pryce Jackman. Also check outthe great featurein the April PROG magazine which details the making of the album.

Here’s some vintage footage of Hold Out Your Hand from the album: