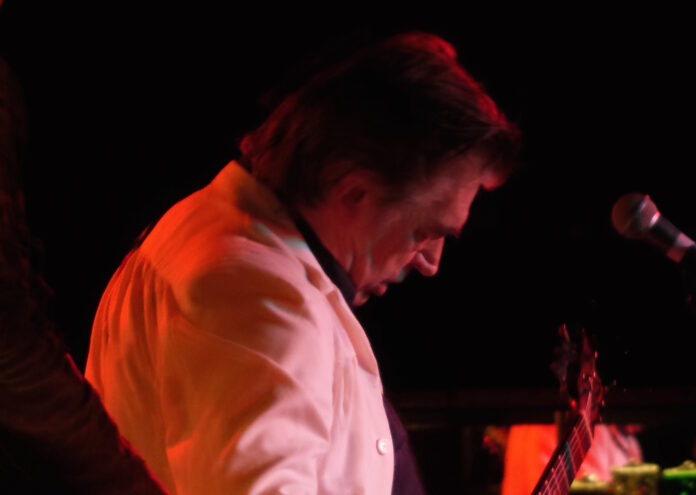 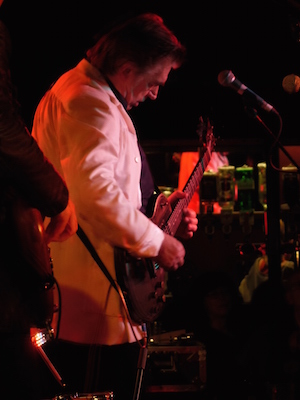 Chris Spedding and His Band

Taking place on the closing night of of The Resolution Festival, Chris Spedding’s first solo show in London for a decade saw him playing highlights from his back catalogue and an extensive selection of covers. Craig Chaligne reviews.

The evening started with an excellent set by A Lifetime With Mercury. Reduced from a trio to a duo after an injury sustained by their drummer, the band played an impeccable set of stripped down Rock’n’Roll.

Singer Calum has got the pipes (and the looks) of a true rock’n’roll front man and Andy is a fantastic guitarist. Not much info on their Facebook page but I would recommend you followed them, I heard they play regularly in a pub in Camberwell but I didn’t catch the name of the venue.

Second act of the night was a surprise guest, legendary singer-songwriter Phil Rambow. Better known for his work with Kirsty MacColl, he also lead his own band called The Winkies at the height of the Pub Rock movement and put out a couple of solo albums at the end of the 70s. His short quirky pop songs with off the wall lyrics (I think there was one song mentioning Albert Camus and Miley Cyrus in the same sentence) was very good.

Chris Spedding has a new album coming out a the end of this month. Joyland, featuring numerous guest vocalists (from Arthur Brown to Brian Ferry), the album seems to reflect Spedding’s life as session musician, adapting his style to the artist he’s backing.

Far from concentrating on this forthcoming release, the gig was divided between tracks from his back catalgue catalogue and an extensive selection of covers.  Only one song from the new record was featured : “Message For Stella” and featured Spedding’s former bandmate in Sharks, Steve Parsons (alias Mr Snips).

The gig opened with  Wild In The Street and Wild Wild Women from his 1977 LP Hurt, both of them featuring solos that proved that virtuosity doesn’t have to be flashy. The blues standard Down in Louisana was followed by Catch That Train from his 1976 self titled album. Mary Lou with its hypnotic riff was one of highlights of the evening.

The second part of the set saw the band flexing their muscles on numerous cover versions – Summertime Blues, Shakin’ All Over, Rip It Up (in a slowed down blues version). Bass player Malcolm Bruce (son of the recently departed Jack) sung lead on a cover version of Sitting On Top Of The World, a blues song popularised by his dad’s band Cream.

Spedding didn’t do much talking during the performance, he seemed content letting his wonderful Zemaitis guitar do the job for him. He only quipped once that the first time he played the 100 club, the stage was in a corner of the room and that it was a long time ago (he turned 70 in 2014). The gig closed with his two most famous songs, Motorbiking and Guitar Jamboree, and after some clapping, the band came back to play Wild Thing in a version that owed more to Jimi Hendrix’s cover than The Troggs’ version of the Chip Taylor classic.

All words by Craig Chaligne. More writing by Craig on Louder Than War can be found at his  author’s archive.