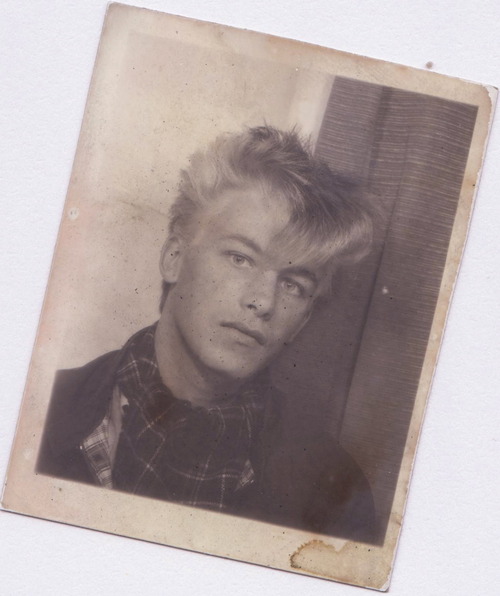 Of course this is not a scientific list. We didn’t even get onto the Damned or The Ramones who are two of Chris’s favourites. It was meant to be thorough but the conversation got far too enthusiastic about the minutiae and thrills of punk rock that the actual objective of having a very carefully constructed list of 10 classic punk rock gigs that Chris Packham had been to fell by the wayside but we managed to get a snapshot list which starts below…it’s a great punk rock conversation…

Chris also appears on the new Membranes album doing the vocal on the following track.

Chris, of course, is not just the presenter of Springwatch and the BBC’s go to nature-head he is also a campaigner for animal rights and had just returned from a demonstration in Malta against bird shooting and is outspoken on many fronts that belies his punk rock background. It’s like one of our gang has been let loose in the TV mainstream! He has also just written a brilliant autobiography ‘Fingers In The Sparkle Jar’ https://www.chrispackham.co.uk/news/sparkle-jar which is like the Wasp Factory meets Englands Dreaming account of animal and bird obsession that ran parallel to his genuine deep love of punk rock. It’s also a brilliant account of the dayglo seventies.

So this list of great gigs from the punk and post punk era is not scientific but it’s a fascinating insight into the period and Chris Packham himself.

1. Eddie And The Hot Rods

By the end of the summer that was when I started going to gigs. The first gig I went to was Eddie and the Hot Rods. It was not strictly a punk gig but This Town is a great single and it’s on their album, Life On The Line with that picture of someone hanging themselves on the cover. That must have come out that summer or August of 1977. I went to see them, and the gig was good. I’m pretty certain they had Buzzcocks or Penetration supporting them but maybe that was another tour that I went to see, maybe Buzzcocks and Penetration together (the May 1978 tour with also ATV on the bill) and before that a local band called Straightjacket who we used to go and see them all the time.

JR : Typically of the time in 1977, people were not sure about Eddie And The Hot Rods because they were not a ‘real’ punk band and they were a great band – I’ve always really loved Do Anything You Wanna Do.

Chris : I’m glad you said that! The whole snobbish thing about punk was annoying. The one minute you identified with one bit of it then the rest of it wasn’t cool. I remember liking 999 early on but the few other punks I knew in Southampton didn’t like 999 and I never knew why they were off limits. There was some reason that one of them was apparently posh and his dad had paid for Emergency to be released or something. Another reason was that they had all been to art school. They did that Emergency single all in bright colours which I thought was brilliant. I love that track. I still listen to it to this day. The b side is fantastic as well. They also had great tracks like Nasty Nasty and Feelin’ Alright With The Crew. 999 were great and then they went on to do Homicide a couple of years later which I still thought was amazing. There was no one else like them.

Punk got factionalized. I remember when the Clash released White Man In Hammersmith Palais and everyone was disappointed at first. I don’t know what you thought but I remember getting it home and putting it on and thinking, ‘god they have gone reggae! what the bloody hell is happening!’  Now of course I realise what a great song, amazing song it was. When you saw them live it was amazing.