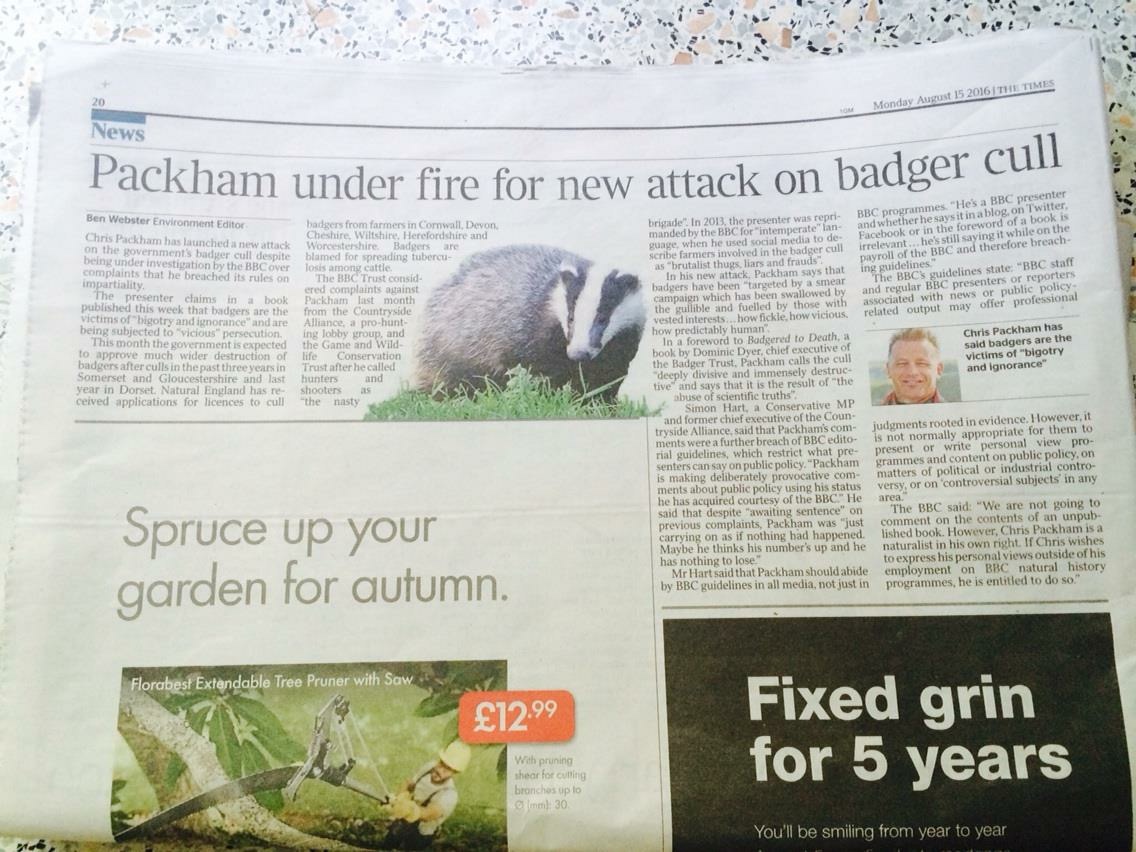 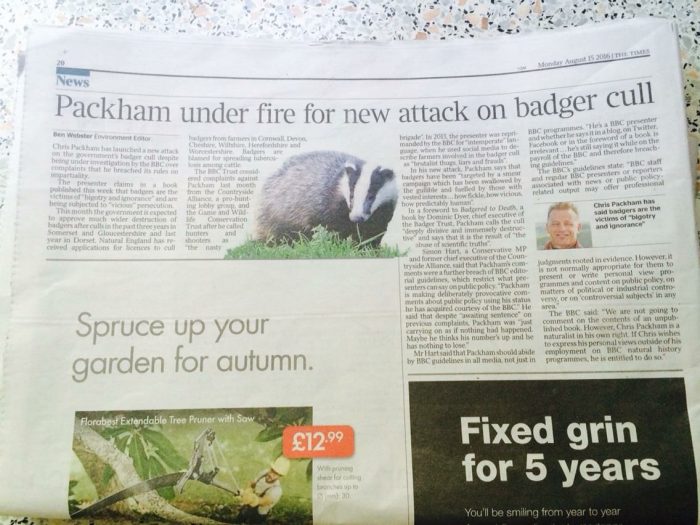 You would think that being the presenter of the nations leading nature programme would mean that people expected you to stick up for animals but it seems like Chris Packham is under the cost again from the blood thirsty media and people who like killing things without any real reason.

This time it’s for the forward for a new book called Badgered To death where he questions the government policy for killing badgers to prevent the spread of TB . With no scientific evidence to back up the reasons for the chill we wish that the shooting mob would just admit that they like shooting things with high powered rifles because they get some kind of weird thrill out of it.