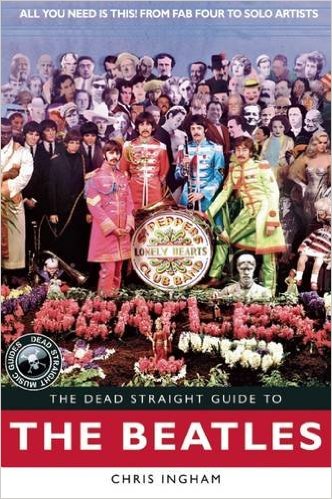 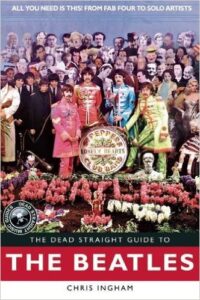 Despite their being a huge amount of literature on The Beatles, Chris Ingham has put together a no-stone-unturned account of the band. Louder Than War’s Dave Jennings reviews.

Every Beatles enthusiast will have their favourite biography, and there is certainly no shortage of them out there. For me, you would struggle to beat the original Hunter Davies biography alongside the towering Revolution in the Head, with an honourable mention for the painstakingly depressing You Never Give Me Your Money. That gives me just the right balance of narrative, musical detail analysis and break up consideration. Clearly however, the phenomenon that was The Beatles will continue to see forests decimated as various analysts try to nail down the precise essence of the group and their influence.

In that respect, Chris Ingham has set himself a mammoth challenge here. He has attempted to cram in virtually every conceivable aspect of the career of the Fab Four during the whirlwind of their time in the band alongside an up to date account of their ensuing solo careers. However, he has done so in the format of The Dead Straight Music Guide which takes a thematic rather than chronological approach and offers the reader the chance to dive in and out and also cover areas that a conventional biography may not. You really wouldn’t want to try writing a book like this about The Beatles unless you were a master of your brief and rest assured, Ingham is certainly that, which means that whether you fancy a quick browse or something more substantial, there is plenty to sustain you.

Some of the highlighted quotes in the text catch the eye and drag you in. For instance, in 1969 Paul McCartney said “I am not signed with Allen Klein because I don’t like him”. Brief, simple, but a hugely effective use of source material as, when all is considered, those words go a long way towards explaining the roots of the break up. The concise nature of Ingham’s approach is also vital as the project demands a vast amount of issues be considered and his approach treads the fine line between doing the subject justice and treating it with brevity with commendable skill.

Importantly though, Ingham also takes a fresh analytical approach which is just as well really as the book covers every recording they have made, both as a group and as solo artists. His view that Abbey Road shows The Beatles as sounding like a better band than they had ever been struck a chord with me as a view I have often felt but have rarely if ever seen in print.

Away from the music, Ingham  also presents intriguing detail on the likes of Beatles rumours (you have almost certainly heard them), projects that never saw the light, including the abortive attempt to buy a Greek island and ‘Beatles Country’; a chapter devoted to the best sites to visit for those who seek a tangible connection the group.

This is a worthwhile purchase for those who want one book on The Beatles, but it is also one that will enhance any shelf that may already be groaning with books on the Fab Four.

For more info, please visit www.redplanetzone.com You may also be interested in visiting https://www.thisdayinmusic.com/ for a daily update on music history related to The Beatles and just about everything else.