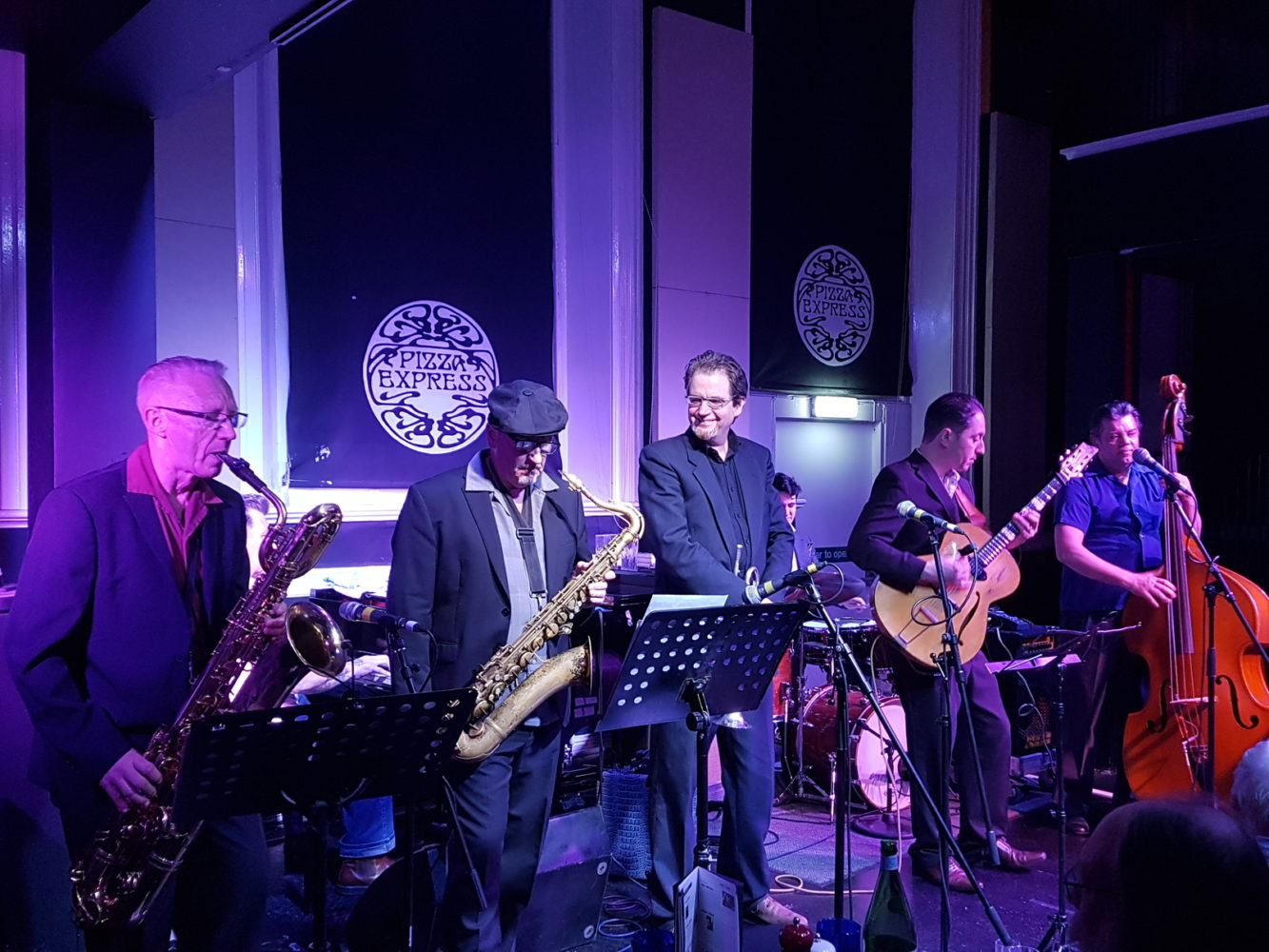 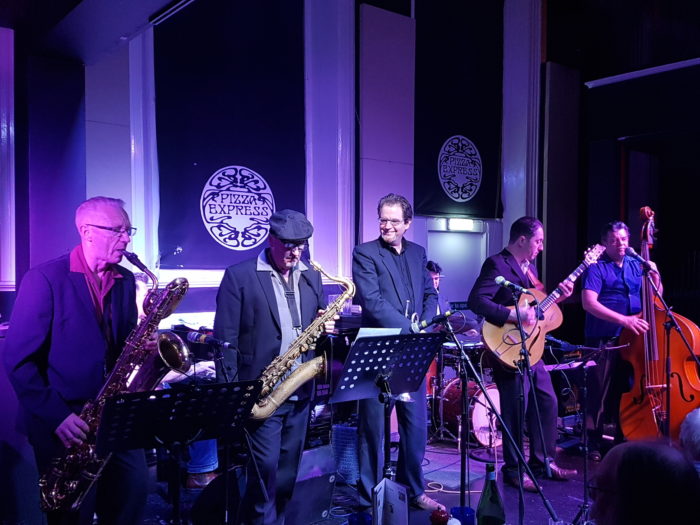 Chris Corcoran has been playing all over the UK with his instrumental trio for several years now but since 2017 he’s also heading The Chris Corcoran Big Band which displays a powerful horn section and pianist extraordinaire Big John Carter. As a warm up for their appearance at the Humdinger Vintage Weekender in Weston-Super-Mare, they  were playing an intimate show in the music room at Maidstone’s Pizza Express. The band for that evening was composed of Matt Radford on double bass (formerly of Nick Lowe’s backing band), Robert Pokorny on drums, Big John Carter on piano, Lee Badau on tenor sax, Nick Lunt on baritone sax (plays with Jools Holland) and Simon Da Silva on trumpet.

The whole outfit swung like there was no tomorrow over the course of the evening’s two sets. The band dug deeply in their LP “Blues Guitar Grooves” but also played a few cuts from their second LP that is due to be released later this year. Corcoran is a generous band leader and every player was given ample space to show their skill on their instruments. Chris managed to extract some wonderful sounds from his trusty yellow Framus (not a guitar pedal in sight, Albert Lee would have approved), his rhythm playing was a joy to the ears, almost sounding in parts like he was the fourth member of the horn section. Jumping with ease from Mel Torme to Henry Mancini, the band seemed to be enjoying themselves as much as the audience with Simon Da Silva grinning appreciatevely to Nick Lunt’s solos and Big John offering us some runs inbetween songs. The rhythm section of Robert Pokorny and Matt Radford typified the saying “less is more”, concentrating on keeping a steady groove to enable the other players to shine in and serve the song, their partnership not too dissimilar from Matt’s with the late (great) Bobby Irwin. A spirited version of  “Tequila” proved closed off the main set.