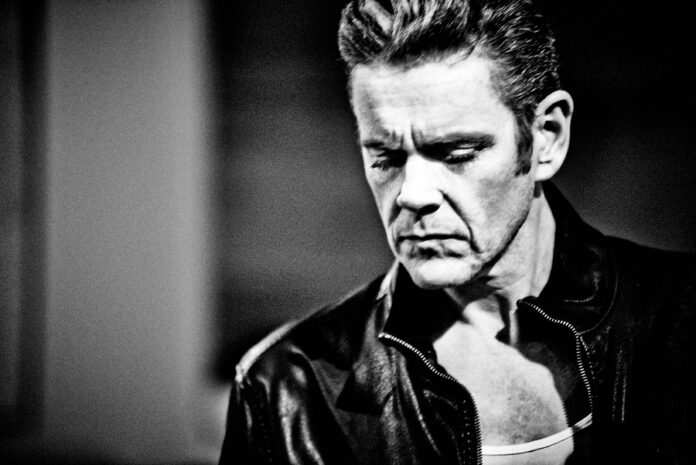 With the remarkable album, The Birthday Poems, unleashed for the world to revel in, Louder Than War had the opportunity to ask its creator, the multi-talented Chris Connelly, a few questions about this concept album collaboration with fellow Scot, Monica Queen.

Louder Than War: You’ve been making music for 40+ years now, how do you keep motivated and keep yourself interested in making music? You obviously have a wide range of projects, covering a wide range of styles, is that in itself what keeps things fresh and interesting for you?

Chris Connelly: Not any one thing will keep me inspired, it’s just the thing that has always moved me, and it has been there my entire life. The flame keeps renewing, at the core is creativity, and it keeps developing and changing.

I don’t think it has that much to do with what goes on outside, but I do believe that the older I get, the more I have finessed a craft and honed my skill with the tools I use to fan the flame.

LTW: Your CV reads like a list of the great and good in alternative/Industrial music from your roots with Finitribe through the likes of The Revolting Cocks & Ministry to merely scrape the surface.

Your solo material over the years has covered a variety of music styles and obviously this album is very different from your original roots. That is obviously a very conscious decision, how would you describe your headspace and the creative process in creating the likes of the songs for The Birthday Poems, is it a very different place from when you were when recording with bands above and Cocksure, Bells Into Machines, Pigface and the like?

CC: Well, “The Birthday Poems” is a bit of an anomaly for me, I had been working hard on it for a couple of years prior to the actual writing of the album, it was going to be a book! A historical fiction about the topic, but because so many of the people involved in the story are dead, and there was a bit of a brick wall built around access to anything useful, document wise, eventually, a lightbulb went off and I decided to do what I really do best, write songs.

You are right: it is a different place from “Cocksure” or whatever, but this has always been the case for me, I never really thought about the fact that an author will write books that are in pretty stark contrast to one another. To me it’s curiosity, I am not one of these artists looking for the elusive hit single or anything, it’s all about the curiosity.

LTW: Talking of the creative process, how did the collaboration with Monica Queen come about? Tell me a bit about who else was involved and anything that stands out in your memory about the recording of the songs for the album.

CC: As soon as I had made the decision to make a record rather than write a book (and it was an interview with the author Paul Auster talking about how Lou Reed wanted to write a book and could not, so Paul Auster told him to stick to being a songwriter, that was what made me change the course) the songs came very swiftly.

I did not know Monica at the time. At first I was not thinking of Stella’s voice more than I wanted an actor to do it, find the actor and hear the voice, but Monica dawned on me very quickly. I have always loved her voice, but I didn’t know her. I just found her through social media and asked. For me, Monica is one of the few who sings from the soul, you can hear her soul, she has incredible dynamic and drama.

I then asked Chris Bruce to produce, we had JUST finished my last album Graveyard Sex. I’m talking 2 weeks had passed or something, and we were talking on the phone, he said “let me know if you want to do something else anytime” and I said “yes, NOW!”… I started writing, unbeknownst to me, on the anniversary of Stella Cartwright’s death.

Because we were in lockdown, the songs came fast. I wrote it and recorded it fairly spontaneously, and sent the working versions to Monica who had agreed to do it, she is in Glasgow.

Chris did a really fabulous job, he asked a cellist (Dave Eggar) and a sax player (Levine Henry) to participate, and he mixed, and remixed, and crafted such a beautiful album for me.

LTW: You have obviously have a passion for, and have spent time reading up on and researching the three characters in the album. What is it about their story that made you want to record a whole album dedicated to them?

CC: I have always enjoyed the poetry of Stanley Roger Green. When I was a kid, his son, Malcolm went to my school, he is a bit older than me, and I didn’t know his dad was a poet, but he was one of these older kids who would be behind the bike sheds smoking with possibly an interesting looking album under his arm!

He was not that aloof older kid, he would always talk to me about music. He ended up being in a local band I loved called Explode Your Heart, right when I was forming Finitribe, around 1980/81. We ended up playing gigs together, becoming closer. I befriended his sister Allison, and used to hang out at their flat all the time. Stanley was not there, the parents had separated, but that’s when I found out he was a poet and I bought one of his books “A Suburb of Belsen” which really made an impression.

So fast forward to 2016 and I made an album of music and poetry with the Scottish experimental musician Michael Begg. One of the poems on it was Cairn, which directly addresses Stanley, so that was the seed for “The Birthday Poems”.

I read another of his books around that time called “A Clamjamfry of Poets” which was absolutely crucial in the making of “The Birthday Poems” – it’s great! A short book that describes, in wonderful detail, Edinburgh in the 50’s and 60’s, and the “Rose Street poets” the group who hung out in the bars after work, and this is how Stan and George met Stella.

Stan’s description of Stella was heartbreaking to me, The Rose Street poets were, for want of a better phrase, a boys club. But she was there, and she clearly had this undeniable creative energy and sharp intelligence that enthralled the poets, but did not steer them to push her in any creative direction. There was no mentoring there, she was younger than all of them, and I know from my own experience how much I needed the mentors I have had. I wanted to tell her story, and of the the poet who loved her the most, George Mackay Brown. 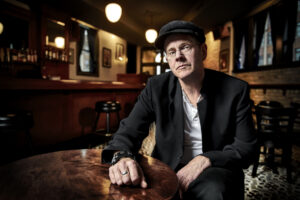 From a Dreamer’s Shore

LTW: The album is utterly engrossing, you get lost in the tales of the key protagonists, each song, or spoken word track, with a perfectly selected instrumentation or sparse background where required. Do you have a favourite song on the album, one that gives you a tingle when you hear it?

CC: It’s always going to be “From a Dreamer’s Shore” which Monica sings. It’s about the death in solitude of Stella. I think, emotionally, I hit that one on the head in terms of words and music.

LTW: I don’t want to tempt fate, but now that we are all gradually emerging at the other end of the COVID-19 pandemic, what plans do you have to tour the songs? How would you envisage a live set – it would make sense to be a start to finish performance due to the linear story running through the songs?

CC: I have no idea, In my dream scenario, we tour with a great band and perhaps a brilliant slide show….

LTW: What does the future hold for you, have you already started work on a new project or have plans for your next endeavour?

CC: Next up is a record I made with the Joy Thieves, another lockdown album which is very visceral and vitriolic detailing the politics of our time.

LTW: The world is a very different place now than even it was 10, even 5 years ago, with people and groups with fairly extreme views on the rise, and movements like #BLM, Take Back the Streets and such countering such views. The Birthday Poems is a world away from this, but that aside, how do world events and movements like this impact your creative process? Obviously your friend Al Jourgensen is still very much railing against the rise of the right and fascism.

CC: Well, like I said, the Joy Thieves new album “American Parasite” goes there, it’s one of the few tools I have to try and encourage change. But sadly I think that this music is maybe preaching to the choir, so we as a privileged people have to not rest on our laurels and work a little harder as well as making records about it.

Many thanks to Chris for taking time out to talk to Louder Than War. If you haven’t sought it out yet, you’ll find the review of the album, and links to purchase, here.