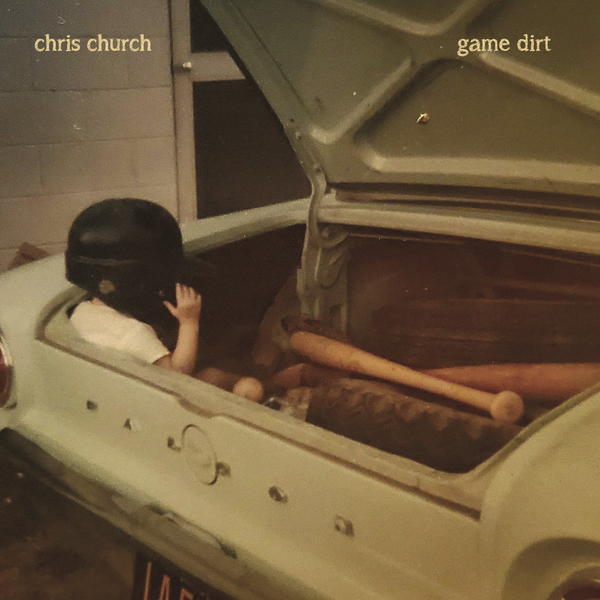 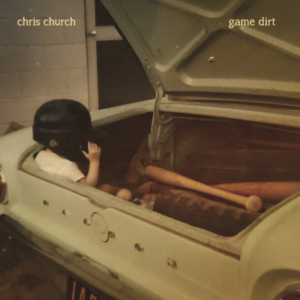 New album by singer/songwriter Chris Church, his debut for Big Stir Records and the tenth by him in total. Game Dirt consists of thirteen compositions written and performed by Chris and is the follow up to last year’s Backwards Compatible LP. Ian Canty puts on his gameface…

North Carolina’s Chris Church has a lengthy track record which reaches back to his self-released first album Auralollipop, which emerged in 1992. During the intervening years he has performed and recorded both as a soloist and as part of band aggregations, including The Freds and The Jones. Church has dipped into a variety of styles and sounds along the way, but I have to own up and state that Game Dirt is my first time actually hearing his work. This collection is made up of thirteen songs with single word titles and due to the circumstances we currently find ourselves in, it is very much the work of one man.

Game Dirt starts with Learn, which after some baseball samples to my ear has a faint waft of The Clash’s Rudie Can’t Fail lurking amidst a Bo Diddley-style swagger. In this tough, rootsy country rocker Church sets out in song the hard lessons earned through life experience, which is arguably the toughest and truest way to learn there is. This track very much sets the tone for the entire record, both thematically and sonically. Going by the sound, you certainly wouldn’t suspect this is the work of someone on their tod. The album has a true band feeling, so much so you can imagine this “band” kicking seven shades of arse out of things live.

The brief Falderal then ensues with only acoustic and voice at first, before a driving beat assets itself. The good-time gleam of the tune is offset by baleful ruminations on the essentially lonely nature of existence. Fall’s pretty pop rock setting with wistful piano keys again juggles with the darker side of human nature and the tendency to be overly self-critical. The latter is something I think a fair few listeners might identify with (I did). Next Gravity fades in, a slower item with a store of restrained energy pulsing through its rhythm section, as the lyric examines the brief highs of love that inevitably diminish over the passage of time. This is not an altogether bleak message though, as the conclusion hints that the price one pays for human emotions are worth it.

With a slow careful tempo and bright guitar figure, Lost finds Church again addressing the transitory nature of life and relationships. There’s a neat rhythmic kick to Trying which comes next. If I could pinpoint the sound of Game Dirt in one flippant comparison I would say there are occasional similarities with early REM and Husker Du in their major label days, with perhaps a dash of Imperial Bedroom era Elvis Costello. Trying soars in the same manner as the Huskers, perhaps a little more restrained though. Starting with a drone and warps, Hang is near-funk rock, with metal guitar soloing and a small dose of psychedelia, which results in some unique twists and turns.

Know’s gentle country picking intro soon gives way to some heavy riff action. The line “you wander aimlessly until you know your enemy” harks back to the experience gathered on life’s trek. Also having a little of the Huskers buried deep in its chunky guitar attack, Down has a pause in the line “you must be the greatest…mistake” which is just masterful. Next comes Smile, another tune that delves into country pop rock. This one is satisfying and infectious, with the song’s tale of the triumph of spirit after some hard lessons learned showing the depth of the record as a whole. One of the best things about Game Dirt is that, despite exploring the more troubling aspects of everyday life, there is no self pity here. Just hard facts and wisdom.

The rock-solid rhythm section that is really only Church himself propels Removed along – the little touches like the backing vocal arrangements make all the difference here. An edgy new wave sound heralds Praise and there’s a lovely, tranquil coda included too. Final track Sunrise represents a rebirth, a good-natured mid-pacer that wishes for “one more dream”. It is the ideal set closer, great pop music that ably seasons its realism with a fair dose of optimism. The song’s message that given time, things will be okay, hits just the right note.

I found Game Dirt perhaps not quite as immediate as some of the recent releases from Big Stir, but repeated plays do bear fruit. The LP is a bit more of a slow-burning pleasure, but sometimes good things need a little further examination and so it proved with this album. The songs fairly sparkle in the settings that Chris has given them. This is a work of fiercely intelligent insight and musical invention, one that I think will reveal hidden depths with each listen. In keeping with the baseball analogy of the album title, Church and Game Dirt will just come out swinging time and again.