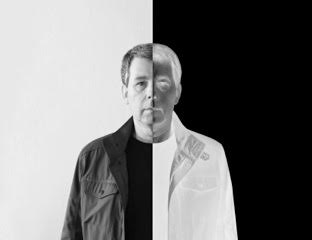 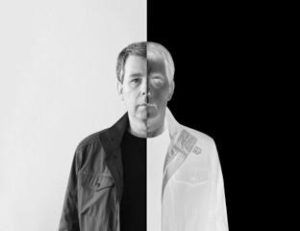 CHRIS CARTER, who recently released his first solo album release in 17 years, the acclaimed Chris Carter’s Chemistry Lessons Volume One, has announced details of Chemistry Lessons Volume 1.1 Coursework, a new EP featuring remixes from Daniel Avery, Chris Liebing, the Radiophonic Workshop as well as a rare track, ‘Bongo Glow’, previously only available on the Japanese edition of the album.

Radiophonic Workshop, an important influence to Carter on the recent album, have remixed very few artists but for this EP the recently reactivated pioneering electronic experimenters have reworked ‘Blissters’. Chris Liebing’s reworking of ‘Tones Map’ is the latest in his Burn Slow series (which includes remixes of Depeche Mode, Goldfrapp and a brand new album release), ‘Bongo Glow’ was recorded after Chemistry Lessons Volume One was completed, and Daniel Avery’s remix of ‘Uysring’, the first track to be shared from the EP, can be heard here

Avery explains, “Chris Carter has been a true musical inspiration for me over the years. He remains a unique figure in music and art in general, constantly creating and doing everything on his own terms. I kept most of the original sounds for the remix as they were so beautiful but extended them out and pushed the whole thing a little towards the strobe light. Play it loud. DA xx”

In addition, Chris Carter has announced the first details of a new box set of his early work, collating remastered (and mastered for the first time) solo albums alongside a disc of unreleased archival recordings from 1973-1977.

Following an appearance at Sea Change last month, Chris Carter joins the Mute takeover at Rough Trade East on Saturday 13 October for a lunchtime modular performance. The event also features performances from A Certain Ratio, Simon Fisher Turner, Lost Under Heaven and a DJ set from Maps. Full details of the event, part of Mute’s 4.0 anti-versary, can found HERE.

As a founding member of Throbbing Gristle alongside Cosey Fanni Tutti, Peter ‘Sleazy’ Christopherson and Genesis Breyer P-Orridge, Chris Carter has had a significant role in the development of electronic music – a journey which has continued through his releases as one half of Chris & Cosey and Carter Tutti and a third of Carter Tutti Void – as well as with his own solo and collaborative releases.

He is also credited with the invention and production of groundbreaking electronics – from the legendary Gristleizer self-built effects unit through to the Dirty Carter Experimental Sound Generating Instrument and the sold-out TG One Eurorack module (designed with Tiptop Audio, these modules can be heard during Carter’s set at a recent Rough Trade event) and the Future Sound Systems Gristleizer modules – Carter has created the means to make sounds as well as making the sounds themselves.

Chris Carter’s Chemistry Lessons Volume 1.1 Coursework EP is out on 19 October and can be pre-ordered here