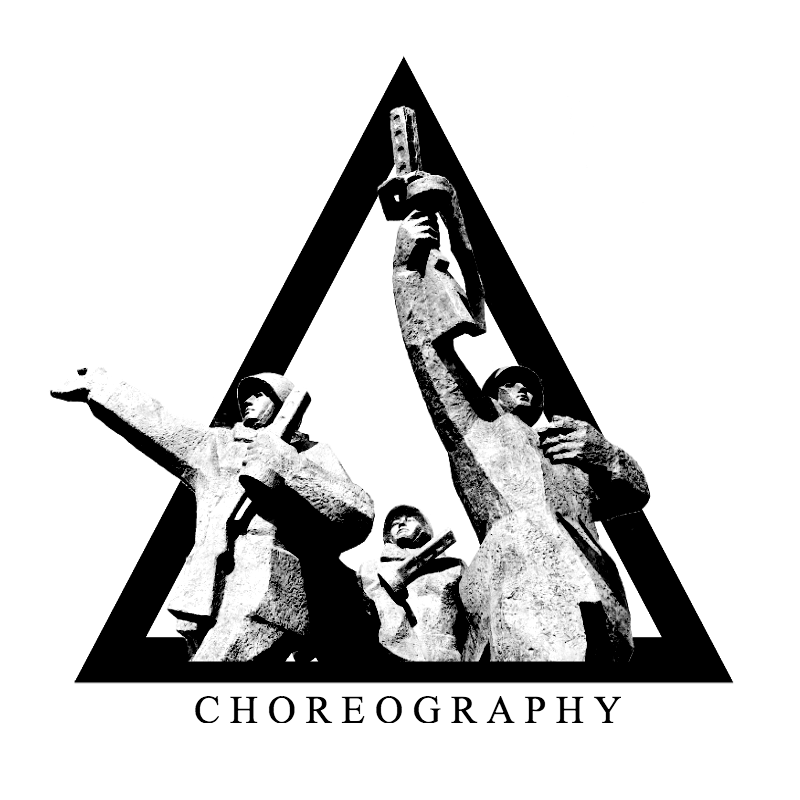 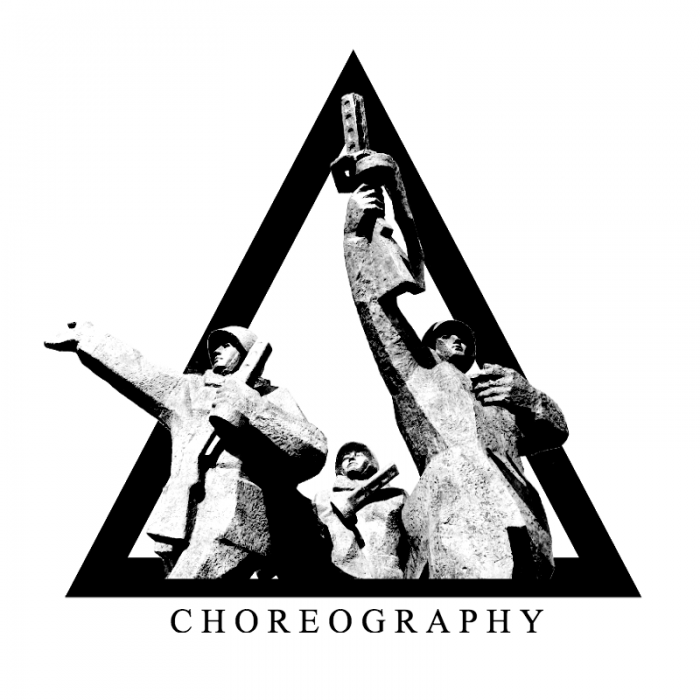 Ged Babeys in-box was full. Some of it was darkwave/post-punk influenced music by young Americans so he asked his friend and music fanatic Philip McCarthy if he’d help out reviewing a few. The fact he had never written about music before didn’t matter. Forty plus years of reading the music press and a thirst for new music was experience enough. This is Philips first piece for Louder Than War.

Although they are a band of LA 2016 they take great deal of influence from late 70’s and I see a lot of parallels between the two eras. Terrorism is rife, Austerity, massive Geo-Political change, Social unrest and also there are bands ploughing a lonely furrow.

They aren’t necessarily pursuing their art for fame or fortune but to reflect their observations of the world. Alienation, a hostile environment, fear and guilt.
But there is one big difference – the internet these days offers access to 1000’s of bands, so not only are Choreography trying to make their mark in LA , they are trying to make their mark in a Worldwide Alternative scene.

You will see what I mean when I get to the interview section.

Anyway, on to the EP.The band has a very Menacing, Gothic Industrial sound with some Darkgaze thrown in . A beautifully Metallic Sound (not metal !) The bass has the classic Post-Punk sound, the guitar is upfront and reverb heavy, the drumming quite minimalistic and and militaristic, There is also a Totalitarian , Dystopian feel as well. You could read Cormac McCarthy’s (no relation) The Road in conjunction with this EP with “comfort”. I may make this EP seem like a complete gloom fest and to some it may be, but I find it very uplifting and moving. I played this EP on heavy rotation prior to the review often on the way to work and found myself striding towards my dreaded workplace ready to take on the world. Quite a different feeling to how I felt an hour and a half earlier ( no, I hadn’t had any coffee at that time !).

This is what good music means to me. Not background music or shuffle music. Good music is to be immersed in, a soundtrack to my life.

First track is Third Progression which opens with a Black Ambient intro and an otherworldly throbbing before quickly bringing in some Gothic style guitar chords and a militaristic drum pattern and crisp bass sounds. The vocals are to the front but use the Joy Division almost inaudible lyrics style. The track is based on the turmoil in the Middle East and Europe and on personal level I am pleased they see the connection.
Track two is Memory Fails and is a comment on Christianity , anxiety and hopelessness. It starts off faster than the first track before bringing in some sublime guitar chord progressions.

Track three is Nowhere and probably the most populist track possibly because its theme is the less gloomier absurdity of life which is reflected by its pacier style . This opens with a moving Cure type guitar sequence before kicking into a faster rhythm.

Finally track four Imposed , an awesome end to the EP which covers the toll of keeping secrets. As I said before some of the lyrics are inaudible but you can feel the frustration and pain from the vocalist , as with all the tracks there is a subtle Synth background which adds to the Gothic and Dystopian atmosphere.

They haven’t forgotten the Punk influence either all the tracks are punchy and concise which increases their impact. They also appear to have a very focused and serious approach to their art which I wholeheartedly approve of and they need to continue find an audience of like minded souls to support , fund their future and help them achieve some success on their terms.  I really hope they do and hope for a great future for them.

I emailed the band for a bit of background and their reply was in keeping with their style. Serious, to the point and uncompromising.

Who are the members of the band?

There doesn’t seem to be much of an identifiable, cohesive community as far as “post-punk” is concerned. There are artists who draw inspiration from the aesthetic and sound of the post-punk movement, but they don’t necessarily authentically represent the genre. Shoegaze and Goth are much more popular at the moment, and there aren’t many bands adhering strictly to a more austere, genuine model of post-punk. Bands are scattered geographically as well, this makes it difficult to establish a thriving community of like minded musicians.

Views on the upcoming elections?

Collectively, we are devastated and infuriated by the bigotry and spite being promoted by both sides. We are truly astounded and appalled by the sheer absurdity of this entire spectacle. These elections are mostly propagating and glorifying prejudice and ignorance. Sanders is certainly the only humane and sincere candidate, and we are hopeful that he attains the presidency.

US Artists you would recommend

We very much aspire to. We feel as if our music may appeal more to a European fan base as opposed to an American one.

How do you sustain yourselves?

Financially, we meagerly provide for our modest means. We have just enough to support our art, and very little more. Our drummer sold his drumset in order to provide the money for recording this EP. Monetary manners aside, we all have every intention of manifesting our goals/aspirations. Our drive, determination, and passion give us the zeal and strength to keep going. We understand that this is the only worthwhile thing to do with our lives.

Is it difficult for a young alternative band to succeed in Los Angeles?

It is very difficult. Mostly on account of how immensely congested and polluted the music scene is over here. It seems as if every other person is in a band, and that number is growing every day. It is hard for anybody to really succeed because we are all striving for the same exclusive goals. There isn’t a sense of selflessness or solidarity. Every band/musician seems to be looking out for their self-interests, and helping emerging artists isn’t really anyone’s priority or concern. It’s a very viscous and cruel place to make and perform music, especially if you’re relatively new and unheard of. Very dog eat dog, and there’s lot of ostracizing going on. The only proven route to success here is through nepotism, not the quality of your music.

We currently don’t have a manager, or anybody working for or with us. We are completely self-operated. We have funded the production and distribution of this EP entirely on our own. Adhering to a D.I.Y. code of ethics gets difficult because we scarcely have the funds we need to actually realize our desires. We aspire to record and release more material, which is going to cost more money than we’ll be capable of fronting ourselves. We are actively seeking a label to help us fulfill our artistic potential.

Themes of the songs:

Third Progression: We wrote these lyrics inspired by the turmoil and turbulence present in Europe and the Middle East.

Memory Fails: An allusion to Christian imagery, Memory Fails is inspired by the anxieties and hopelessness one feels when they fail to rectify their mistakes

Recollected: The lyrics here are about the emotional toll that keeping secrets can take on a person. 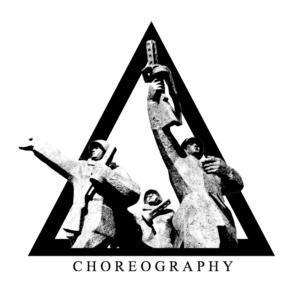 Significance of the image you use for your artwork:

The statue is that of soviet soldiers. It’s derived from a memorial erected in the honor of a Soviet Army victory over Nazi Germany.  The reason we chose this image is because it consists of three figures, symbolizing the three of us in the band, and it shows the figures marching in a “choreographed” way. And we’ve always had a fascination with military iconography and regalia. We like the authority and power it elicits, and the story it tells.

We will have cassettes of our EP available for purchase within the month. They will be limited to a run of 100. You can purchase them from our bandcamp, or in person at a show.

All words by Philip McCarthy. This is Philips first piece for Louder Than War.