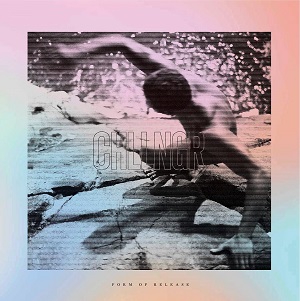 Steven Jess Borth II is a clever man. A clever man for making an album like Form Of Release. At first sounding like it might just sound like every other album, released every other week, by any other artist, it quickly transpires not to be the case.

Borth has taken influences and sounds from pop, soul and trip-hop and amalgamated them with elements of space dub to make an album that is as original as it is compelling. Give it a couple of listens and it will also register as being the fine album that it is.

The secret seems to be in the sparseness and emptiness. Borth creates incredibly addictive tracks by using equal amounts of atmosphere as he does instrumentation. Album opener, For The Books starts sounding like synthesized water dripping in a dark cave. When vocals by Josiahwise Is The Serpentwithfeet come in it maybe sounds like a standard modern-day pop-soul effort but the backing, unpredictable that it is, lifts the otherwise ordinary tune.

Where the album becomes special is in the varying tones and environments that combine to create the entirely enthralling soundscapes. Fall could be just any other song, but the use of interesting effects and vocal treatments lifts the simple songs, and this is the key to the success of all eleven tracks.

Form Of Release is as much about the silence as it is about the voices and the multi-layered instrumentation. When Borth goes for a full-on commercial effort in Yes (watch out Pharrell, there’s a new kid on the block!), he still manages to partly fuzz vocals and add lovely dubs, simulated brass sections and scant backing.

With further contributions from Doctor Echo, DELS and Grace Hall (Skin Town) amongst others, the album is kept fresh and unique. Art & Science could almost be Prince straining his own inimitable tones across yet another intriguing track. Each sound is clinical and perfectly timed.

What You Used To Know has an electro moon stomp with a hook that might remind you of a TV advert (but not just any advert……). It’s lazy and impacting and entertaining. Waiting contains a repetitive chant and a male voice not dissimilar to at moments to that of Nina Simone.

Forget the quotes that Form Of Release is ‘modern day R n B’. It’s a term that is total poppycock and no doubt has John Lee Hooker and Muddy Waters turning in their graves. It’s a brave brave album but is successful because Borth clearly has a lot of confidence and is brimming over with ideas. Keep an eye on this fella, you’ll be hearing more of him.