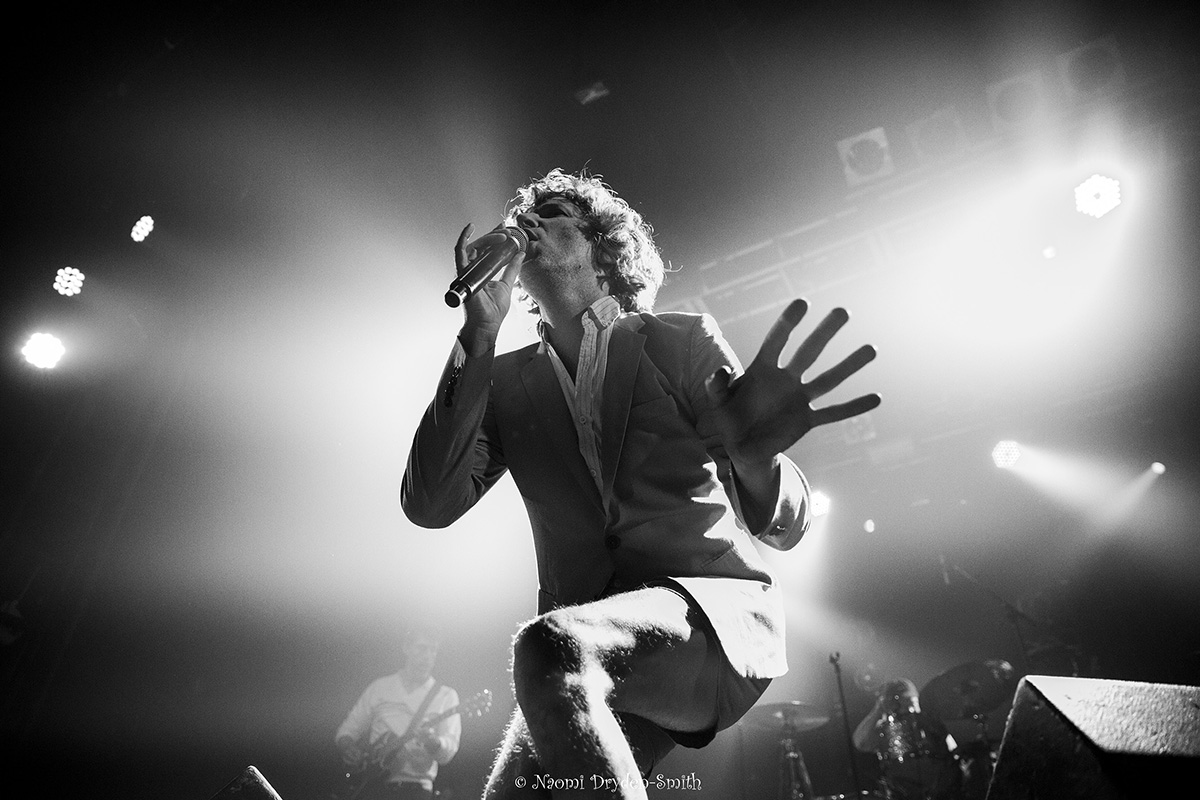 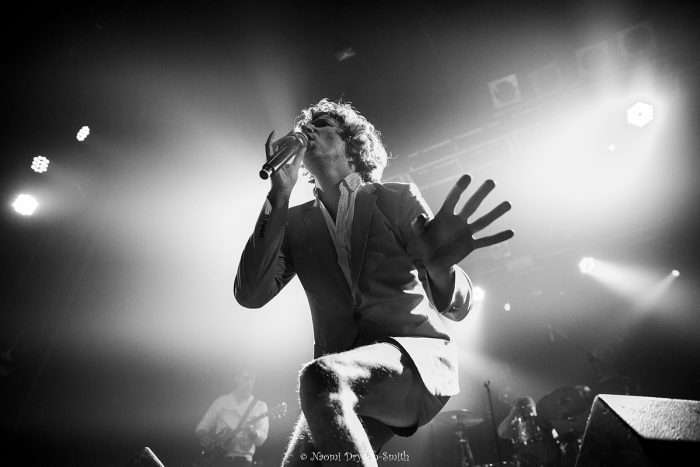 !!! (Chk Chk Chk) bring their own inimitable dance punk to Camden with another energetic and vibrant set, celebrating their 21-year anniversary – Naomi Dryden-Smith reports back

There’s nothing quite like a sweaty disco-rave to warm the cockles on a chilly school night. New Yorkers !!! (Chk Chk Chk) are masters at getting an entire room moving in unison, and a perfect antidote to daily drudge or depressing world issues. Tonight’s no exception, essentially just over an hour of blistering, body-shuddering funk and dance music, presided over by Nic Offer, impressively energetic and charismatic, rather like a manic aerobics instructor channeling Axl Rose or Angus Young, in overtight shorts, fitted blazer and Air Jordans. His sole mission – to make sure that every last person in the room is dancing, and his pointing, beckoning, gyrating, speaker-hugging, kiss-blowing and relentless crowd-mingling is irresistible. 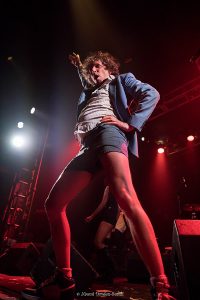 With the rest of the band maintaining a placid and diligent backdrop, churning out highly polished funk riffs, and with his female vocalist fairly sedentary with a broken leg, it’s really all about Nic Offer and his unique brand of energy – it’s amusing when he disappears off into the crowd yet again and the band are left to try to fill the considerable gap, resorting to almost-desperate high kicks and crutch-waving.

The short set features tracks spanning their career, including a selection from latest album Shake the Shudder which sees a definite shift towards house, although its highlight Dance Is The Best Revenge is pure Chk Chk Chk disco funk. The dance frenzy climaxes with much-loved One Girl One Boy and sleazy trance-funk Slyd and its “I don’t really like you but I like you on the inside…” – the atmosphere is electric. Job done. After such exhilaration, the encore sees an inevitable drop in energy that’s mildly disappointing – the cool down at the end of the work out. It has to end sometime though. The songs are not always deep, they’re not particularly hung up on poetic lyricism (although there are moments) – tonight is purely about dancing, and that contagious 90s rave feeling of energy and unity without taking it all too seriously. It’s definitely great fun. 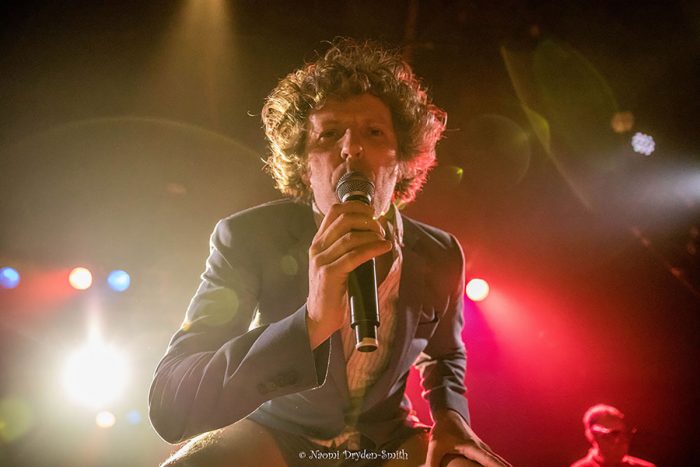