Home Music Bands Listen to this! Bristol promoter Chiverin talks us through the artists on... 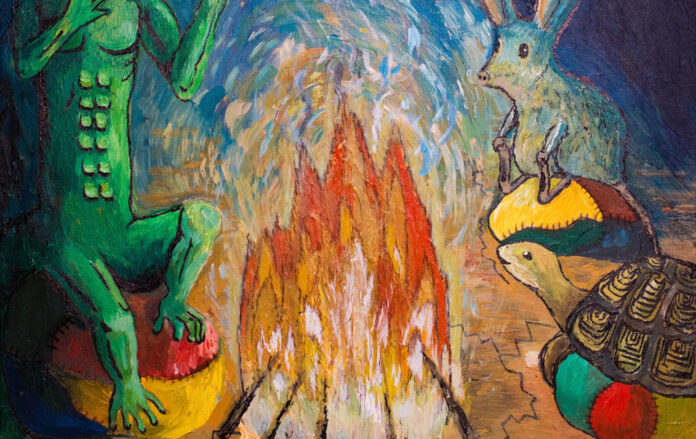 Bristol based promoter, blogger, label owner, manager and all round good egg Aled Chivers put together a special compilation for Record Store Day 2015  featuring some of the artists he’s worked with recently. It perfectly  illustrates why he’s earned a reputation as one of the go to people for new music in the area and we totally recommend you stream it as soon as possible, especially if you have a bent for beautiful, tender, winsome, adventurous modern folk music such as the likes of Rosi Plain, Rachel Dadd and Oliver Wilde might make.

The compilation was originally made available as an “Art Print & Compilation Download” and is still available in ever decreasing and limited numbers from Rise Bristol & Bridport Music for a bargain price of £5. Alternatively you can buy it online via Bandcamp.

I asked Aled to put together a few words about each of the artists on the compilation, and to preface it with a few other words explaining how Chiverin came about, how it got where it is today and why he decided to put this compilation together now.

So over to you, Aled…

“Somehow, in the last year, Chiverin has turned into a bit of a family of musicians in Bristol. It’s hard to put a start date on it, but it’s gradually gained momentum since we began putting on some parties last year at The Louisiana. I booked a few of my favourite emerging bands around the country and gave the support slots to those I loved locally.

“The intention was always that Chiverin would help to develop the acts we were working with and create an identity for a sound that was prevalent but under-represented in Bristol. A release seemed like the next logical step and Record Store Day as good an opportunity as any.”

TAMU MASSIF is bizarrely both the earliest and the latest act to join. He played our first ever showcase as a last minute fill in and we fell totally in love with his music. Equal doses of beautiful songwriting and weird noises make for a perfect combination in my book. We can’t wait to put out his debut EP in June.

FENNE LILY writes songs with a wisdom that belie her 18 years and performs with such placid ease; still and cooing softly from her perch. In between songs Fenne speaks calmly, with such dark wit that you don’t know whether to laugh or cry.

PATCHWORK GUILT is the most elusive of the bunch. Booking for venues in Bristol I’m usually pretty aware of who’s about, but I first heard her on BBC Introducing and couldn’t believe I’d missed it! I found out later the reason is because Phoenix Mundy doesn’t perform live, instead she records prolifically in her makeshift home studio. She’s a fine purveyor of rich harmonies & reversed instruments.

EMA SIERRA totally caught me off guard when I first heard ‘Opening Hours’. Angular, jangling guitar riffs and profound, unapologetic songwriting in dulcet northern tones, I needed to know more… since then the band has taken a firmer shape and they’ve been having a really productive year creatively, ‘Hexy Go Mouse’ is testament to this.

NEW PALACE TALKIES is the brainchild of Tom Stevens… and what a brain it is. Rarely do you meet someone so in touch with the way his mind works. He winds this into layers of music that hit harder by their simple sincerity and takes this live with 6 of his mates, horns and all; it’s quite a spectacle. I actually met Tom because he used to live with George Ezra, who I helped out a bit during his early career.

LITTLE DUSTY make simple but effective music. Nylon and steel string guitars intertwine with subtle percussion and Nicola’s unique vocal dancing beautifully over the top. ‘Wasted Hours’ reminds me of visiting the band when they lived together in a tumble down house on the outskirts of Bristol, rehearsing out of a disheveled garage with the sun streaming through the open door.

RHAIN is our secret weapon and has the biggest voice of the lot. She’s been turning a lot of heads live and is working on some new recordings at the moment. They’re sounding amazing so far, but for now we thought we’d let you in on an old demo of hers, and one of the first I stumbled upon.

‘Walking With Thieves’ was made available to download on Record Store Day and is accompanied by limited release prints of the painting by Phoenix Mundy. You can find out how to get hold of it here: chiverin.com/wwt.

You can find the Chiverin online here: chiverin.com as well as on Facebook and twitter, as @CHIVmusic. More Chiverin music is on Soundcloud.