This is a strange album to review for a website like Louder Than War. You could be forgiven for thinking that a record composed solely of short emotional pieces played on a single piano (with no added drums, bass, guitars, overdubs, weird effects, Amen breaks, dub-step wobbles, or screaming vocals) would be the least punk thing imaginable. But there is something about the most recent work of 40-year-old Canadian-born, Berlin-dwelling, Jason Beck, aka Chilly Gonzales, aka Gonzo, aka Gonzales the Musical Genius, that makes it welcome anywhere.

Most people know of Gonzales through his electro-rap persona â the one that has had hits with songs like âLets Groove Againâ, and massive worldwide hipster approval when the opening loops of his song âNever Stopâ were used in an Apple ad campaign. After years of fighting for his right to be an entertainer â to be flamboyant, brash, and always on the side of audiences with high expectations â Gonzales took a turn towards musicianship in 2004.

As a classically trained pianist who began playing at the age of three it now seems obvious for him to have instinctively returned to this instrument and its self-imposed musical discipline. He released ‘Solo Piano’, an album of deceptively simple compositions, to wide acclaim and has since embarked on a new journey into the classical establishment while dragging his old audience along with him. He spent the eight years since that first solo work experimenting with hundreds of new melodies, then sequestered himself away for ten days in 2011 in a studio in Paris with his piano, playing the best ones over and over again until he felt he had captured their essence: this is now out as âSolo Piano IIâ.

The album opener âWhite Keysâ, played, as the name suggests, solely on the white keys of the keyboard, is heartbreakingly beautiful, a series of loops that take a handful of steps down through the notes, tugging the heart strings as they go. The whole record is drenched with this kind of emotion, the mournful stoicism of a piano, alone.

Other highlights include âMinor Fantasyâ (which seems to flit from being a funereal meditation to something you might hear in a bar after hours with the doors locked, the curtains drawn and the strong moonshine brought out: the soundtrack for a funeral, from first prayer through to wake) and my current favourite âNeroâs Nocturneâ. (This hits a vein of optimistic melancholy which is perfect winter listening, reflecting a broken but beautiful world). But, as is so rarely the case in our world dominated by shuffle and playlists and streaming, this is an album that deserves to be listened to as a whole, from beginning to end, in the order the artist intended; it is a series of layers that build to be much greater than the sum of their parts.

This record has a deeply traditional sound, reflecting the fact that the technology required to play the songs has existed for a thousand years, but the thinking behind it is as far removed from the current traditions of the pop industry as can be imagined. We should be glad that Gonzo has had the musical cojones to make it, stepping away from his sex-raps with Peaches and weird-hop for men with beards, utterly ignoring the bad-90s-trance that currently passes for pop music, and instead choosing to create bare, beautiful music that is confident and fun, moving and immersive.

I never thought that sitting at a piano could be a punk act, but in this world, right at this moment, it is. And surviving through the many slow deaths of the music industry with your integrity intact and an enviable musical legacy? Thatâs pretty punk too.

Words by Bert Random. More writing by Bert on Louder Than War can be found here. 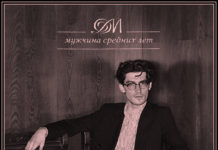 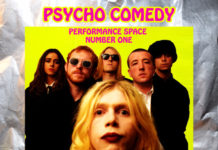 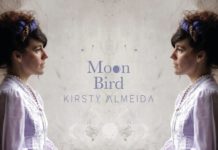 October 29, 2012
We use cookies to ensure that we give you the best experience on our website. If you continue to use this site we will assume that you are happy with it.Ok