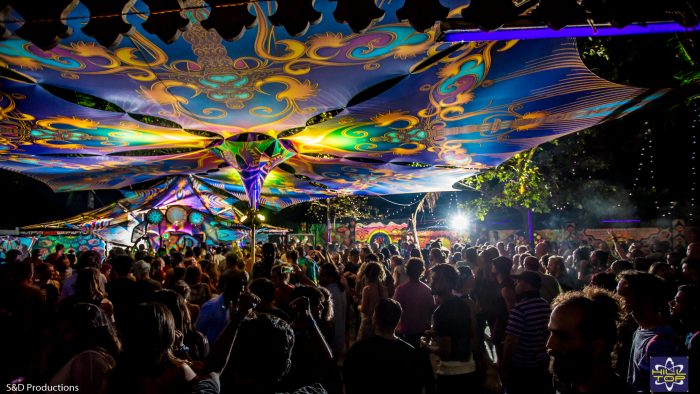 Emmett Mullaney reports back on the Chill Top Festival, Vagator, Goa, India for Louder Than War!

The afternoon sun gleamed on the cut throat razor. “Hello my friend, you want shave?” I felt my sweaty jaw and declined. It was noon and hot as hell. I needed to cool down.

A few hundred metres further brought me to Hill Top, a venue that is synonymous with the Goan party scene going all the way back to the 70’s. Here in Vagator and nearby Anjuna psychedelic trance is king and you’ll hear it pounding out of bars and clubs day and night. These days there’s an interesting mix of regular travellers, long term residents and those who came in the first wave such as Goa Gil, an American who was involved with some famous Bay Area bands in the 60’s, travelling to India to become a Saddhu (holy man) before making Goa his home and becoming one of the founders of the psychedelic trance scene.

This weekend however the music is a more relaxed affair. Setting up camp with a single stage in the front part of Hill Top, the Chill Top crew and venue owner Starling D’Souza follow on from the success of last year’s inaugural event with a three day line up of some of the best names in ambient, psybient and reggae.

Friday afternoon sees me at the venue nice and early. Needless to say it’s boiling hot but the colourful canopies strung between the trees provide much welcome shade. There’s also a bar, a kombucha stall, a tie dyed shirt vendor and a line of old Goan ladies ready to make chai, cook eggs or dispense smiles.

The first act I catch is Jovishnu who mixes a nice blend of down tempo beats with live mouth harp and didgeridoo. Being so early the venue isn’t exactly full but he plays as if the place is packed, even joining the audience for a dance. Great fun.

Okay, this is the part where I’ll have to admit to crashing out early after going back to my accommodation for food. Ah well, it was hot. I did mention it was hot, right?! 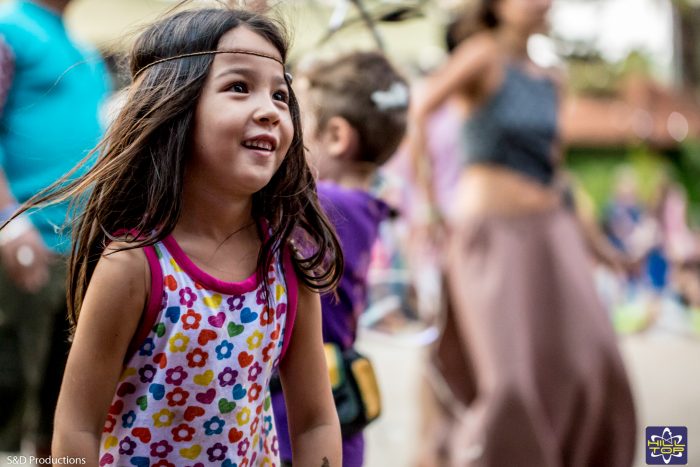 Saturday starts with a refreshing dip in the Arabian Sea on Vagator beach before I walk to the venue, again passing the barber along the way.

“Today my friend?” Tomorrow, I promise.

It’s just gone noon when I get there and Transalento is taking to the stage. This is a project that mixes traditional songs of south Italy and India, making use of tribal rhythms, funky grooves and catchy hooks. There’s a live vocalist and once she gets into her flow the dance floor comes alive for those early birds to spread their wings.

Liminal Roots is a DJ project of Chill Top festival curator & manager Ashwin Menon and he plays some exquisite ambient tracks that sets the scene up nicely for the first of three signings on the Ultimae Records label.

Settling myself down into one of the colourful futons dotted around I grab myself a chai while French woman, Opale brings us on a journey into sound that encompasses psybient arpeggiated synth lines, snappy drum loops and melodies that converge and drift apart just at the right time to deliver an excellent set of electronic magic.

Next up is Indian artist Blue Orb who’s been knocking around the local electronic scene for well over ten years. Here he manages to deliver a set that mixes just the right amount of uptempo beats with some ambient spacey passages to get the audience moving and as the orange orb descends over the horizon and the projected visuals on stage become more pronounced the arena is set for the headline act of the day – the one and only Aes Dana.

French composer Vincent Villius aka Aes Dana is the sound designer responsible for Ultimae Records, a label that releases nothing but gold, including his own masterpieces, 2009’s “Leylines” and 2012’s “Pollen”. Darkness has fallen by the time he starts his set and the full effect of the visual mapping can be seen, layered onto ultraviolet lights and trippy artworks.

Monsieur Villius storms into his set like a man possessed, delivering bone shaking basslines and big fat drum beats. One track melts into the next like honey and the sweet sounds have the sweaty crowd on their feet dancing as one tribe.

However this is a man that knows when to pull it back a bit. After three or four banging tunes where it seems like the only way is to go faster he slows it down completely with some blissful ambient pieces to give us all a breather. Just so he can build it right up again. It’s fantastic stuff from an absolute genius of psybient music. 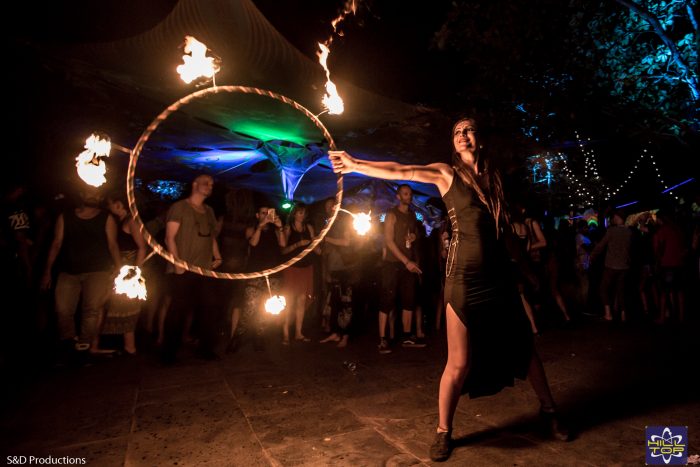 The next morning finds me at Chapora Fort, an old Portuguese outpost that commands staggering views in every direction. The Iberian influence is very strong here in Goa and while the British left India in 1947 it wasn’t until 1961 and a three day “war” that the Portuguese finally withdrew.

The barber sees me coming long before I reach his shop of course. There’s nothing wrong with his eyesight anyway, which is probably just as well. Promising that I’ll pay him a visit that night I continue on towards Hill Top.

Today is a reggae influenced affair so Kukan Dub Lagan is soon testing out the bottom end of the speaker system with some fine dub and ambient reggae vibrations. The sun climbs into the sky and the smiles on faces grow ever wider. The vibes are good, the music is great and it’s a great day to be alive.

Pavel Goatika comes on next. He whips the crowd up drawing from a pallet of rich electronic sensations and exciting soundscapes. This serves to pave the way for the main event of the night – the master architect of dub – Gaudi. 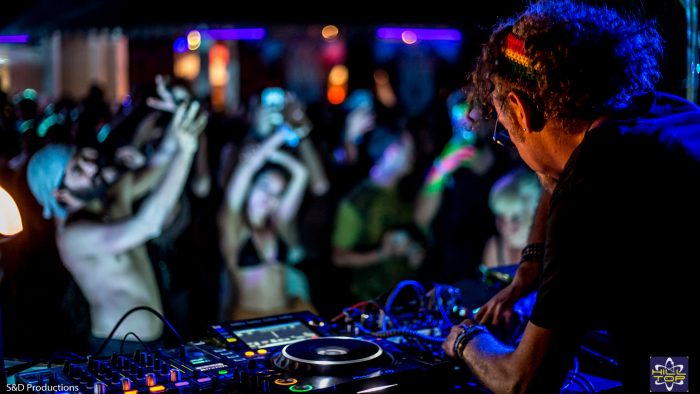 It’s a full house by the time the Italian magician reaches into his top hat and pulls out a magical array of Irie sounds. From banging warped electro to heavy dub to middle eastern infused delights. He loads it all into his cannon and lets fly. The crowd, including myself go mad and the dance floor is full of happy souls skanking, shaking and sweating.

Sitting back from it all while sipping on an iced mango chai I survey the scene and notice all the contented beings gathered to enjoy the music and each other. I put my hand to my face to suppress a giggle and feel the stubble on my face. There’s one more thing I need to do.

“My friend! You have come! Take a seat please”

And so it is at 10.30pm in Goa I’m sitting in a barbers chair getting a cut throat shave after three days of wonderful music and people.

“You had a good time this weekend my friend?”

I nodded enthusiastically. I had one hell of a good time….

All words by Emmett Mullaney. More writing by Emmett on Louder Than War can be found at https://louderthanwar.com/author/emmett-mullaney/