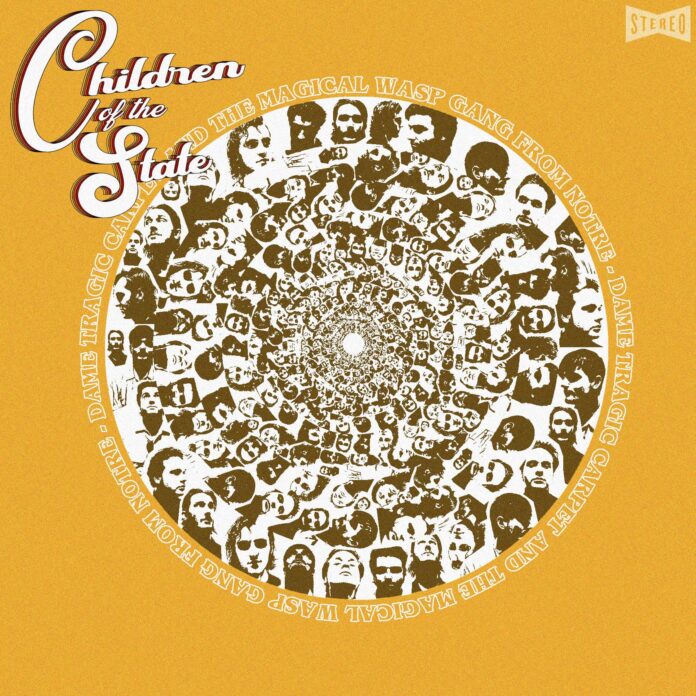 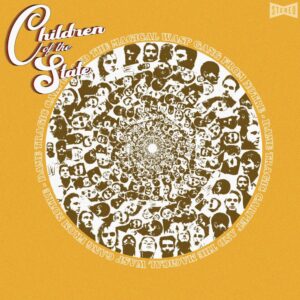 Children Of The State

Tragic Carpet and the Magical Wasp Gang from Notre Dame

It’s clear Children of The State aren’t short of confidence. The fact they have the bollocks to name their new EP something as audacious as Tragic Carpet and the Magical Wasp Gang from Notre Dame tells you that, and quite rightly so. Iain Key reviews their anticipated new release for Louder Than War.

Formed in Yorkshire, but now based in Manchester, Children of The State take their name from what Kim Jong Un calls the people of North Korea and what the FBI dubbed the Manson Family in 1960s.

The lead track of the new EP, Hot Money was produced by Ian Skelly of The Coral, as was their last single Big Sur. Across this EP they build on the 60’s Beach Boys vibe of previous releases, but with an added twist. Tragic Carpet and the Magical Wasp Gang from Notre Dame is a killer 4 track EP mixing 60’s electronic psych with 70’s glam. The band themselves explaining “throughout the EP we wanted to give a feeling of unease and paranoia, so we put a lot of the instrument tracks through an old, broken tape machine which gives the tremolo effect and the feeling that something isn’t quite right.”

Hot Money features fuzzy guitars and squealing horns amongst a pumping beat. It sets the tone for the EP but in no way over shadows the other tracks. Clear Day is reminiscent of Humbug era Arctic Monkeys; while the bluesy stomp of Baby Can you Dig Your Man, with it’s harmonica and organ, wouldn’t sound out of place on an episode of Ready Steady Go. The final track, the atmospheric, partly spoken Give Up The Ghost closes the release. This is my personal favourite, sounding like a distant relation of the classic Wichita Lineman.

Listening to Tragic Carpet and the Magical Wasp Gang from Notre Dame, Children of The State have gone straight to the top of the bands I want see live (fingers crossed for 2021). For now, this and their back catalogue are going to be top of my streaming lists.

“All words by Iain Key. See his author’s archive or on Twitter as @iainkey.”