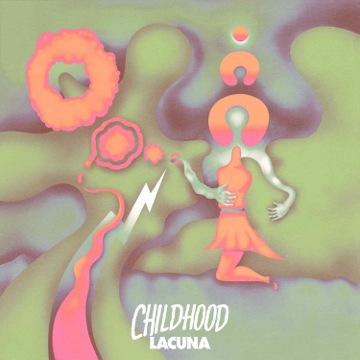 Childhood came to my attention when they were earmarked to play Parklife festival a few weeks back. They unfortunately had to pull out, but after giving them a few listens prior to the festival, their unique sound quickly skyrocketed to become one of my most eagerly anticipated albums of the year.

Childhood formed at Nottingham University, originally as a two-piece making bedroom demos. The founder’s Ben Romans-Hopcraft (vocals/guitar) and Leo Dobsen (guitar) initially came together over a shared love for psychedelic and guitar music, later bringing in Daniel Salamons on bass and Jonny Williams on drums.

Childhood’s new album was recorded with acclaimed producer Dan Carey at his studio in Streatham, London. It opens with a new take on ‘Blue Velvet’ with guitarist Leo Dobsen’s impossibly catchy licks and singer Ben Romans-Hopcraft’s lush vocals sounding more anthemic than ever. Blue Velvet really is a stormer of a single and has easily been one of my most played tracks of the last month. It’s the sort of song that would perfectly compliment a long drive with the roof down and the sun blazing – it’s definitely my track of the summer, anyway.

The bands that I can think to liken them to are the likes of Pulp and Metronomy – full of dancey, dreamy sensibilities. Synths are in abundance and they generate the kind of sound that you can’t help but nod along to. This is most apparent in tracks like ‘Fall Away’, their current blissed-out single with a great crescendo to the chorus.

‘As I am’ is becoming a fast favourite too. It’s a trippy sort of sound, splashy cymbals and quiet vocals punctuated by more of a falsetto sounding voice, but all the while maintaining a much more anthemic type of sound that I can easily see working on a big stage – soulful and passionate. ‘Right Beneath Me’, with it’s warbling guitars and harmonies sounds like it was ripped from a dream, with a much more dub-driven sound than the other tracks.

They’ve already had rave reviews for their earlier material, with The Guardian describing them as ‘undeniably exciting and relevant’ and Pitchfork as ‘an exciting young British rock band delivering their spin on luminous guitar pop’, ‘Lacuna’ is looking set to be one of the can’t wait to get my hands on a copy this August.