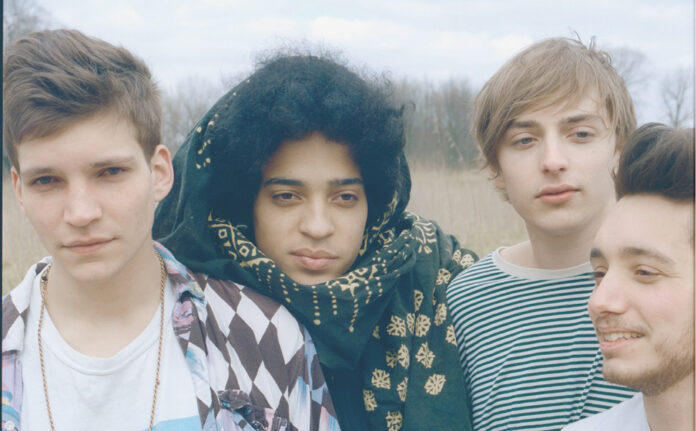 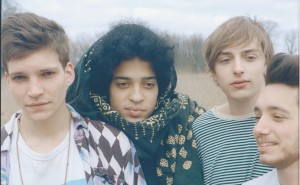 London buzz band Childhood take to Electrowerkz, supported by Telegram, to showcase their indie credentials and give us all serious hair envy. Harley Cassidy heads along to review the gig…

The chin length hair, all black gear and lanky demeanor with a style that has come straight from Dr Brown’s Delorean dated 1970s krautrock… you got it, it’s another one of those pesky shoegaze bands, Telegram. Sound issues are the bane of Telegram’s set tonight but Matt Saunders and co battle on with plenty of flailing and dizzy stage antics to make up for the wailing feedback. Stamp it all you want with motorik and Krautrock labels but Telegram really do borrow from the same trickbook that has kept Charlie Boyer and The Voyeurs and Toy afloat. The set wanes from time to time with monotonous drawn out instrumentals and the songs lack some kind of dexterity to them until Saunders declares “you better fucking like this one” before launching into the undeniably good, Follow.

Childhood are the perfect archetype of our new wave of current indie. They build on the summery, heady, vibes that gave last year’s bands so much leeway and have a frontman who can be designated to that all important “proper frontman” spot. It’s hard not to miss Ben Romans-Hopcraft: a radiant figure in the dark, din of Electrowerkz’s disparaged settings with an afro that stands out like a nun at a brothel. Ben takes Childhood to a level which rests comfortably on the surface of current guitar music. The kind of level that ascends rather than descends. He leads the band on a mission of total happiness and enlightenment, evoking something warm inside as opposed to wretched, torn feelings that make you *gulp*, reflect on life. His voice oozes softly through set opener Blue Velvet, its lustrous guitar pattern floating around the weirdly uplifting drone of “I feel for you”.

As the set builds so does the dynamics and showmanship of the band – it’s when Solemn Skies starts that the crowd really begin to give it some. Ben detaches himself from indie crooner and blossoms into a fully headbanging, more feral beast. Bond Girls has the post-punk, industrial edge that makes crowds lose their shit which you see take over Childhood’s crowd tonight. However, there seems to be some sort of covert barrier splitting the wild, young things from the serious types as the further back the audience goes the less inclined they are to jump around. Swimming somewhere within the crowd are members of Palma Violets and Charlie Boyer and The Voyeurs. Tonight’s set builds on top of a level of respect and presence that the band have already done pretty well to build. People, Childhood deserve your time and love.