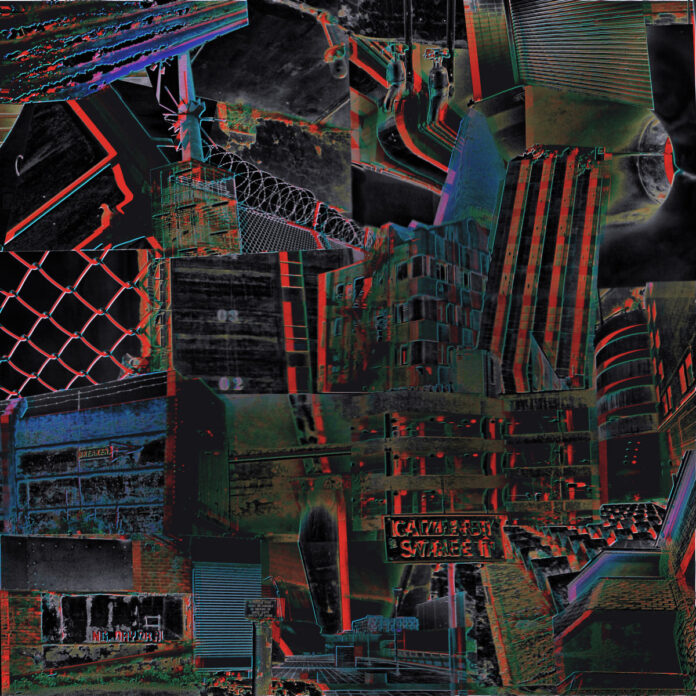 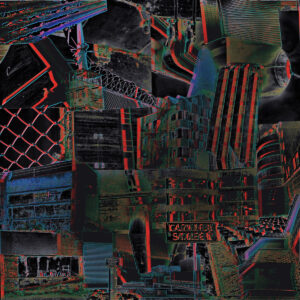 Manchester, England. Art-Noise Socio-politico band. Not to be dismissed as Post-IDLES, Sonic Youth influenced newcomers, there is something really great about this band says Ged Babey, something special. JG Ballard is dancing in his grave.

Violent Architecture is a one of the most interesting, most intense debut albums released this year.  It arrives at a point where purveyors of taste are championing ‘difficult’ music again.  The outsiders have a way in to the mainstream.

It’s a post-IDLES, Fontaines DC thing I guess, Squid, black midi, Black Country New Road, Dry Cleaning get glowing coverage yet don’t convince me personally… but CHIHUAHUA do, after one listen to their album.

The sheer intensity of it. The oddness and precision. The fact that there are hints of ‘other music’ yet an innate originality.

The fact that the time-changes reminded me of John Zorns Naked City project (jazz meets hardcore-punk to make a soundtrack akin to Tom & Jerry chase/fight/hide sequences) but at times sound more like a Radiohead / Napalm Death collaboration.

Devotees of the ‘noise’ genre will scoff and point to other similarities and influences no doubt, but it’s not a kind of music I delve deep into.

JG Ballard has been a cool, hip refence point in post-punk music ever since the day Joy Div called a song ‘The Atrocity Exhibition’ – but JG would dig the video and sentiments in Towering Narcissus.

I don’t know if I can even explain why I like this album so much. It is maybe because it is not my usual kind of listening… It is possibly because it sounds so pissed-off yet articulate…

But it may be because they are as fucking intense as a rock band can get without spontaneously combusting  – and at the same time  – there is something new and clever and indefinable about what they do… within imaginary parameters set by Radiohead, Napalm Death, IDLES and Sonic Youth in my limited imagination.

(Other reviewers have mentioned Swans and GNOD…)

On first, second, even third listen I didn’t really take in the lyrics. But once I read them (on the bandcamp page links) they move the songs to a whole different level.

Ignoring the dungeons and dragons title of Drawbridge, and the anarcho-punk staple of the nuclear threat, there is a lot of pertinent social commentary and anti-powers-that-be sentiment.

This jingo fever
Is making us sing

Worshipping the destruction of community
Idolising the icons of leisure
Their faces stare at me, eyes dead with joy
Their spikes rise from the floor

You have to read the whole of Nailing Tent Pegs To My Forehead to get the gist of that one.

Crutch is 33 seconds of sheer fuck-you to the metropolitan elite of the London art schools.

God’s Favourite Sports Car is an attack on evangelical religion and musically the most focussed and impressive encapsulation of the band as a musical force to be reckoned with.

In a way Violent Architecture could be regarded as a substitute for the IDLES album some people (like myself) wanted Ultra Mono to be.  A more serious, violently intense, uncommercial proposition – but one that hits the mark.  But that is to take away from CHIHUAHUA the achievement that for a debut album this really is a remarkable, fully-formed work of art-punk, politico-noise mischief that is hard to beat.