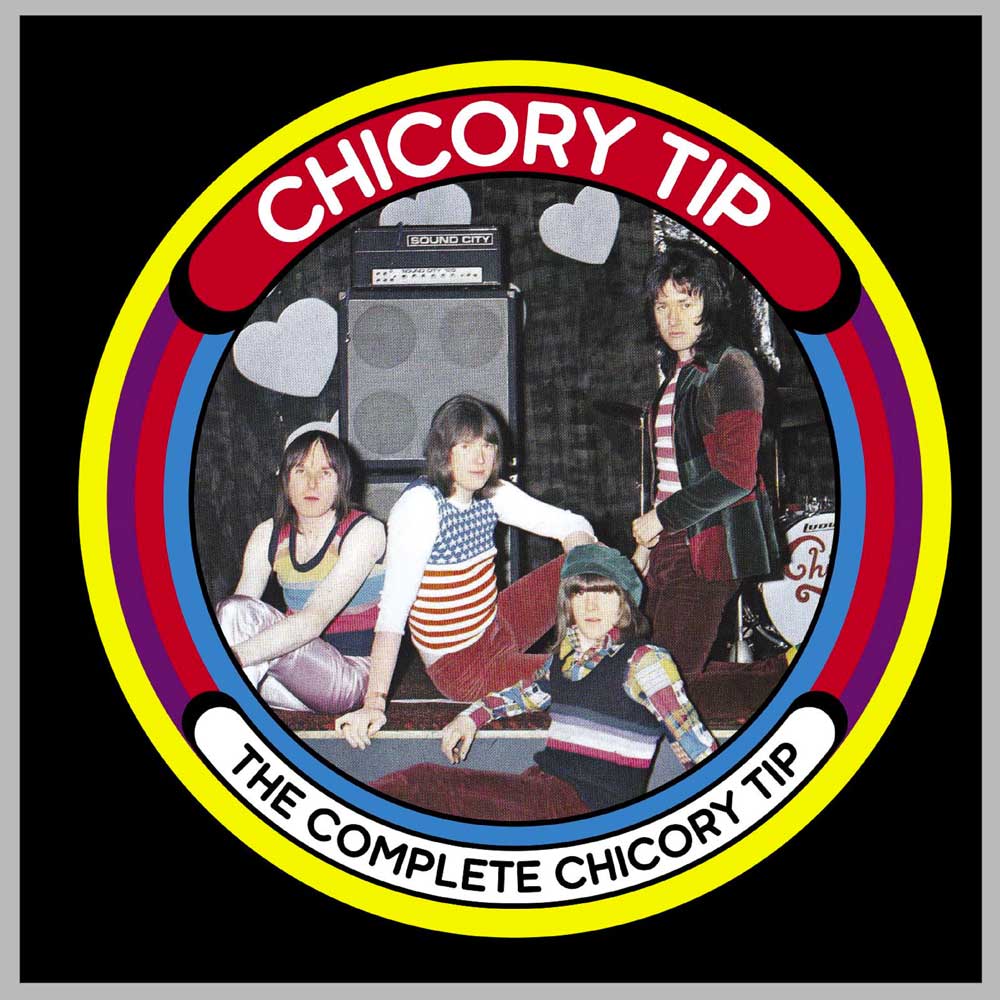 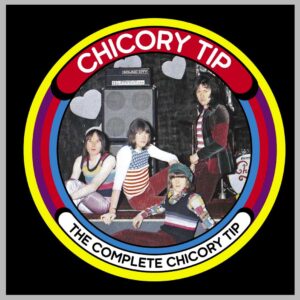 New 2CD collection which brings together everything that the band recorded, including the sole album Son Of My Father and the hit of the same name….Ian Canty examines how the early 70s took shape with ‘The Tip’ providing a very early dash of Synth Pop……

Son Of My Father it as redolent of life in early 70s UK as Spangles, Lift Off With Ayshea, the Angry Brigade and the Galloping Gourmet (Sorry for alienating every reader under 50: Spangles were square boiled sweets, Lift Of With Ayshea a TV Pop show, the Angry Brigade came out of the counter culture and blew things up and the Galloping Gourmet was one of the first celebrity chefs). The song was originally record by Giorgio Moroder who was already well-known on the continent and would later play a big part in providing Disco with an electronic pulse. Chicory Tip, through their publicist Roger Easterby, were alerted to the song early on and rushed to beat the original to the charts (in the hurried process they got some of the words wrong).

Over the years the band have become a bit like the Glam Rock equivalent of a music hall joke, particularly when Son Of My Father was issued in Europe with “England’s Hit” prominently displayed on the sleeve, though neglecting to put in the apostrophe and the crucial space between s and h. But they did chart another couple of times and managed to last until the middle of the decade, adapting to Glam more outrageously in their image as they went along (even with superhero capes!). Starting out in Kent way back in 1965 as the Sonics (no relation to the US band), it was two years later that they chanced upon the Chicory Tip moniker when guitarist Barry Mayger chanced on a tin of Camp coffee when the band were casting round for a different name.

What we can glean from the early singles and the album (disc one here) is that Chicory Tip, like many others, spent the first couple of years of the 1970s still struggling to put the previous decade behind them. It doesn’t make it explicit in the sleeve notes, but it seems a reasonable assumption to me that the vast majority of the material might haven been in the can prior to the big hit landing. For the large part of its duration, Son Of My Father the album is firmly in the mode of late 60s harmony Pop, with lots of strings and horns. Almost bordering on Bubblegum really, none of it actually that bad, but not too much firmly lodges in the memory either.

Son Of My Father does though, the first hit record to feature the Moog so also in a way the dawn of UK Synth Pop. It has got a great hook, something which the Tip struggle with for most of the rest of the LP. Pride Comes Before A Fall does have an attractive tune, as does the soaring What She Thinks About, Moog squiggles not completely disguising the slightly dated musical palette. It is odd to hear them singing Creedence Clearwater Revival’s Lodi, I’ll speculate that that the only time they were “on a Greyhound” back then was at Maidstone Dog Track. It isn’t a bad version though, but lacks the kind of thump CCR brought to the table.

The second disc here is mainly concerned with compiling their later single sides, so there is a bit of a change in sound. There is still the odd (well very odd) Music Hall banjo number like fourth single in I Like Onions (just who were they hoping to appeal to?), but on the whole we’re in heavier territory and Chicory Tip benefit from being allowed to Rock out (a bit). For me this was much the better disc, with follow up hit Good Greif Christina being a very good variation on the Son Of My Father theme.

The fuzz guitar in the self-penned The Devil Rides Out is a nice touch and the song itself proves Chicory Tip were as proficient with their own material as with covers. The Future Is Past was another Moroder/Bellotte effort, but this one has a tough Street Rock sound and is one of their better recordings. The victim of a BBC ban, Cigarettes, Woman And Wine beat the Gallagher brothers by two decades in submit matter, its handclapping, driving Glam slam a treat. Probably their best single and a real shame it missed out on the charts.

There’s a step back to the kind of Phil Spector ‘Wall Of Sound’ on Take Your Time Caroline and Me And Stan Foley puts in some crunching riffing on a firm Blues base. Their final single Survivor is another minor masterpiece, Look Around You synths and a phased guitar working very well together. It brings this disc and the collection to a close, ending on a high.

Chicory Tip carved their name in history through Son Of My Father, but they did have a lot more to offer when they finally cast off their 60s roots. The second disc here shows they could write their own material and blend electronics with traditional instruments with ease, whilst retaining some real hammer and guts in their sound. The first disc, a couple of tracks aside, sounds like a different band. Nevertheless it is pleasing to have the entire Tip oeuvre in one place and for the most part The Complete Chicory Tip is enjoyable listening and a bit of a history lesson of early 70s UK Pop culture.