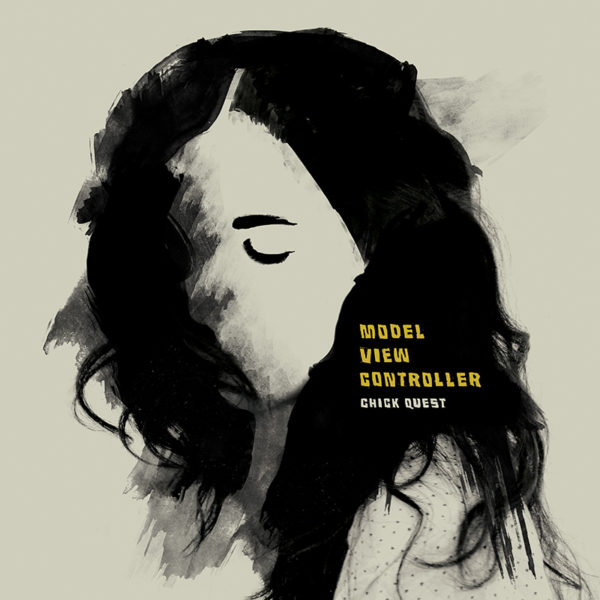 Austrian post-punk outfit Chick Quest follow up their acclaimed 2015 debut album Vs. Galore with an album that blows its predecessor into the shade. Simon Tucker reviews.

Have you ever wondered what Ennio Morricone would sound like if he filled his face so full of ecstatic crystals he ended up dancing with his top off, gurning handing Vicks Vapour Rub to Leone? Probably not but if that scenario had ever played out then the music he would be creating would be close to the sound of Model View Controller.

Chick Quest’s second album is party music for party people with a relentless euphoria coursing through its veins even if the lyrical subject matter isn’t always an easy one to digest. If James Murphy was playing in the Munsters house (all the furniture, is in the garage) this is how we would get the undead shaking their supernatural arses.

Like all good albums, Model View Controller seems to create its own world in which we as listeners are invited in to visit and have a nose around. Its a world of desperados and hip young things, pop that bleeds at the edges managing to sound familiar but odd, never sitting still. Utterly relentless.

We are introduced to the world via opening song Model View Controller which has a wobble and queasy quality whilst having at its heart a solid glam-rock rhythm. A 21st century update on the ’70’s glitter boom. As soon as the trumpet enters frame right we are locked in a here for the duration.

A love of indie music in its myriad forms is scattered throughout whether that be on the yearning rhythm guitar melody that flows through Savant Garde which harks back to the fluid playing style of Johnny Marr or the punk-funk stylings of The Rapture whose influence can be heard on songs such as The Afterlife and One Dead End Leads To Another. It has to be strongly emphasised that not once does this album fall into the trap of plagiarism, it is a unique and bold beast.

Then there’s the trumpet. It is an absolute masterstroke to utilise the instrument in amongst the modern dance-indie that is Chick Quest’s sound. The band are intelligent enough to never allow it to be gimmicky or to overuse it so when it does come in at specific points it really lifts the songs into another galaxy.

With Model View Controller Chick Quest have created a protest album you can dance to. It refuses to let you go making you move to its grooves whatever you are doing at the time. It’s the soundtrack to the disco we’d throw if the apocalypse was announced and I for one couldn’t think of a better last listen before the mushroom rose in the sky. An exceptional album by an exceptional band.