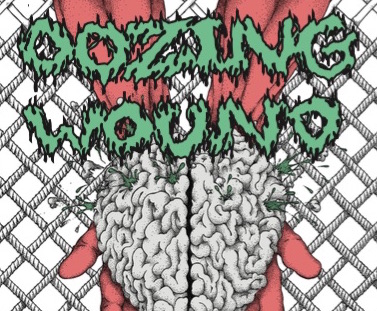 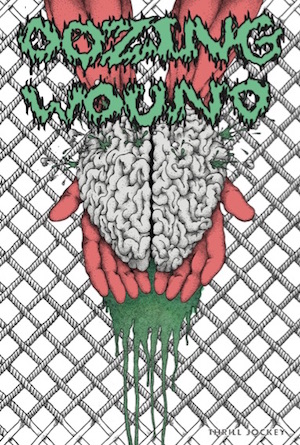 We’ve been thrilling to the sick sound of Thrill Jockey signed Chicago Thrashers Oozing ever since the label tipped us off that they’d signed a band they thought we’d like. They’ve been busy cats since then -late 2013- and it’s been great fun keeping up with their audio output! They’ve now finally announced their first ever UK tour – with Ghold who are seriously gnarly and seriously rad – full dates for which can be found below along with a brilliant new video.

“Are you ready for some of the filthiest, snottiest, relentless and downright loud crossover thrash this side of early 80s Metallica, Slayer and Suicidal Tendencies? If so then buckle up as Thrill Jockey Records are happy to announce that Chicago’s Oozing Wound will be heading to Europe for the first time ever this March and April for a big tour.”

“The band released their second album Earth Suck in 2014 to great acclaim. The record is a raucous and bulldozing affair that leaves a lasting impression.”

If you want to find what we think of the band check out some of these links:

Full tour dates after this new, stylishly shot and 360 degree spinning music video for one of the standout tracks from Earth Suck, the brilliant and chugging Hippie Speedball.