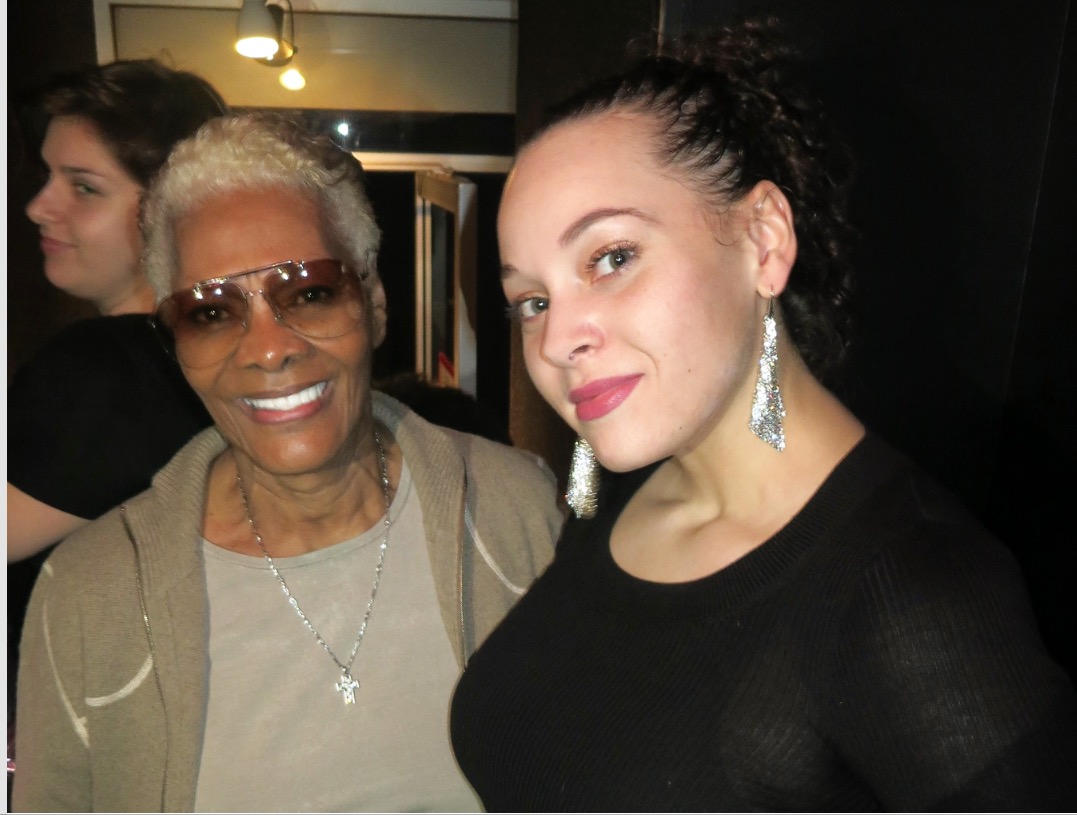 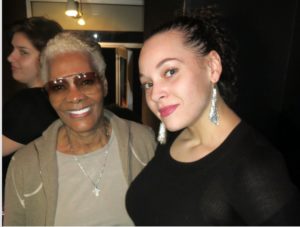 The radiant, and super talented Cheyenne Elliott made her cabaret debut last night at The Duplex in New York City. Following in the footsteps of her grandmother – the iconic Dionne Warwick -and her late cousin – Whitney Houston, Cheyenne was born with the ability to sing like an angel.

Aside from the fact that when she opened her mouth, the venue became enchanted with melodic bliss, she also has an innocent stage presence, and transcends an aura of light and happiness to those around her.

After her opening number, she tearfully thanked all of those who came to support her. It was truly an authentic, humble and appreciative expression of gratitude, infused with an emotional and touching submission. She performed many Broadway numbers, including one from Wicked, and my favorite number of the evening from,  Little Shop of Horrors. She also did some soulful numbers, and even a church revival song, all showcasing the huge range and style of her vocal ability.

The name of her showcase was entitled “Here I Am”, very apropos for a debut performance. Her aim was to introduce herself to the many Broadway producers who were present in the audience, as she hopes to be cast one day in a Broadway production.

Amongst the prestigious guests who attended were, her legendary grandmother, Dionne Warwick, who was as charming and elegant as I thought she would be, and who supports her granddaughter’s talent in every way possible. Also in attendance were esteemed journalist Michael Musto, recording artist Aaron Paul, entertainer and internet host Tym Moss and Cheyenne’s voice and acting coach, Susan Batson. Rumor has it that one of the editors from Billboard Magazine was also in attendance. The audience simply loved her and everything about her. It was a special night for a very special new star.

Her musical director who accompanied her on the piano, Rick Jensen, was also superb. He has to be one of the best pianists I have ever heard. Cheyenne also did an original song written by Jensen, which I really enjoyed.

After the show, Cheyenne met and fraternized with the entire audience, freely taking pictures with whom ever wanted to, including some with her grandmother. A very touching moment for me was: as Dionne Warwick was getting ready to leave I witnessed a conversation between her and Cheyenne. It’s not that I was eavesdropping, however I was on the steps also waiting to leave and just happened to be there. They were in close proximity and I heard Cheyenne tell her grandmother how much she loved her, and grandma told her the same.

Ultimately it was a very glamorous sensational, and humble night for Cheyenne. She was extremely well received, and very well liked. I’ve known for several years now that Cheyenne has a really bright future ahead of her. She’s got the whole package going, including beauty, personality, stage presence and most of all …talent.