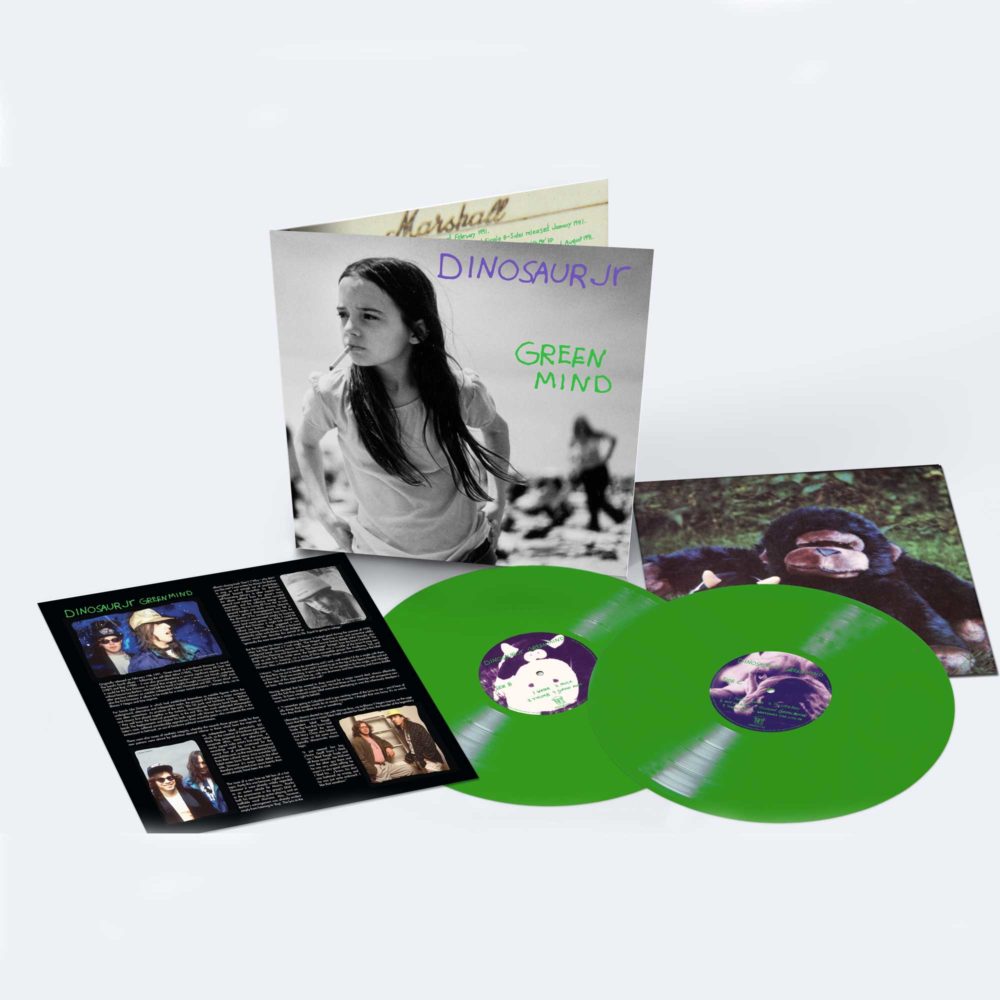 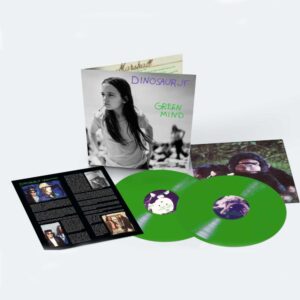 Cherry Red Records have announced that they will release four Dinosaur Jr albums, each with extra rarities.

Released between 1991 and 1997, the four albums re-released in September on Cherry Red Records, represent Dinosaur Jr’s second period after the departure of Lou Barlow. In fact, the first of this period, Green Mind, is almost considered and J Mascis solo album with him playing almost all the music. Having moved from SST to Sire Records, and after having been one of the bands that played a pivotal influence on the growing alternative scene in the States, all eyes were on the band and this record. Straddling the folk and hardcore scenes from which the band had grown, Rolling Stone at the time said that the album was a “hybrid for which oxymorons like “lethargic urgency” are coined.” The re-release comes with all the singles’ b-sides and a live show from 1991.

With the appetite for grunge growing, follow-up Where You Been, released in 1993, gave Dinosaur Jr their biggest success to date. Drummer Murph was well and truly back in the fold for the recording, although it would be his last record with the band until the classic line-up reformed in 2005. As well as the b-sides, this version also includes the session recorded by the band for John Peel.

In 1994, Without A Sound saw Mascis as the only original member, joined on bass by Mike Johnson. While the album produced one of the era’s anthems in Feel The Pain, the album was generally less well-received than its predecessors. Perhaps influenced by the loss of his father around the time, Mascis’ playing took on a more plaintive and less raw style. Despite the lesser critical acclaim, the album has still endured, selling strongly at the time and pushing the band further into the mainstream conscious. As well as the b-sides once again, this re-release includes the recording of one of their 1994 London shows.

For the final album of Dinosaur Jr’s ‘major label era’, the band signed to Reprise and released Hand It Over. Once again, Mascis took on the lion’s share of the instruments but roped in My Bloody Valentine’s Kevin Shields as producer. While he was once again excited to be recording, the reaction from his label quickly put a dampener on the release. As he recounted to Noisey, “I really liked the album, but then that was the point where the major label gave up on it and didn’t even tell anyone it came out…I went to a meeting and heard the classic thing I never thought I’d hear, that I thought was just the silliest, stupid thing you used to hear if you go to a record company: ‘I don’t hear a single.'” As such, in the US, no single preceded the album. Only in the UK and Australia did the band release Take A Run At The Sun. Waning interest at the time in American alternative rock, coupled with the label’s lack of support meant that the album almost vanished without a trace and became hard to find. This re-release pulls together the album and an EP of nonalbum songs recorded for the Matt Dillon movie ‘Grace Of My Heart’ along with the vinyl-only ‘I’m Insane’ 7” single.

Each of these re-releases is accompanied by extensive sleeve notes written by Keith Cameron, charting the band from a time when all eyes were fixed on guitar bands rising from the American alternative scene, through to the moment when Dinosaur Jr seemed to disappear from the limelight.

Full tracklistings and preorder details can be found here.