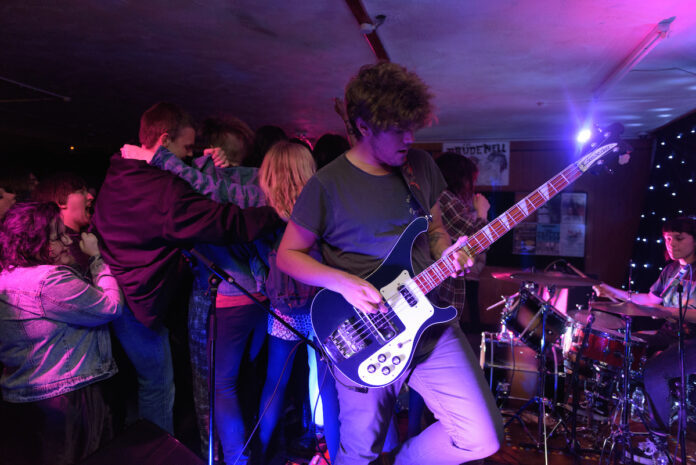 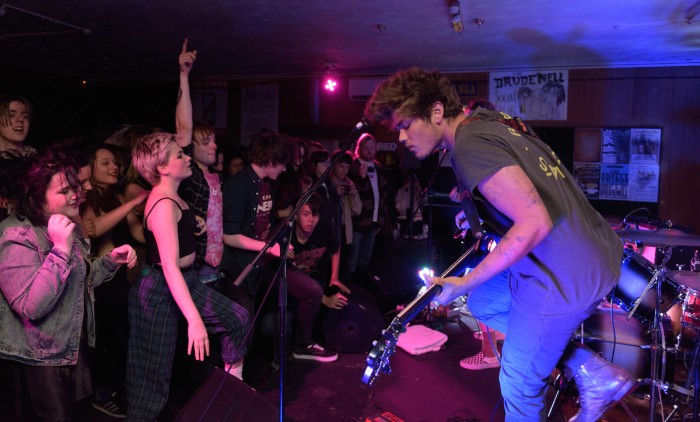 A raucous evening of garage rock, which will surely go down as one of the gigs of the year from an early stage invasion to a riot inducing end it had everything.

Having released their debut album on the wonderful Burger Records and lauded by YSL and Tyler The Creator, they have finally reached European shores with this being their last date of a brief six-date tour. First up though is Leeds own Trudy, they take to the stage with their own brand of garage rock. Whilst their set is wholly welcomed, it’s a bit more garage pop rather than garage rock.

The odd flash of brilliance but we’re left lacking a little excitement and more importantly grit; it’s a polished performance that seldom flirts with the more unhinged nature of their desired genre. Fortunately the same cannot be said for Cherry Glazerr, who wreak havoc from the off firmly on the ragged edge of intense garage rock. 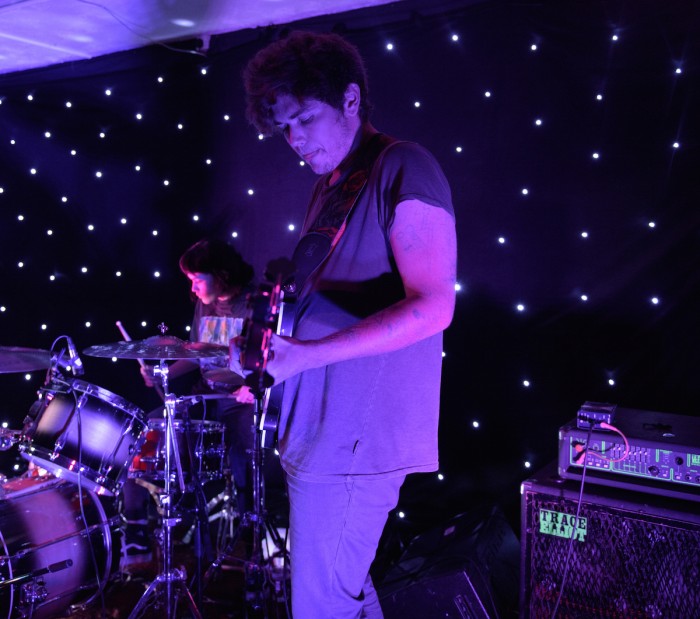 However, bassist Sean makes a criminal mistake early on questioning the crowds enjoyment, it’s often said the further north you go the more overzealous the crowds become. Despite the crowd’s relatively sedate start this comment sent them into overdrive, the following couple of tracks saw a mass stage invasion, which Sean didn’t seem all to pleased about. Singer Clementine was all too happy to party with this crazy crowd on stage though.

Having set an exceptionally raucous pace to the set a barrage of tracks from their debut Haxel Princess, the atmosphere is electric these intense tracks providing the perfect party atmosphere to set this place well and truly alight. The older tracks augmented with the airing of choice new cuts from their second album, all filled with their trademark awesome brand of garage rock.

Their set flies by at an insane pace, the crowd bounding around with glee still despite the ragged style of their tracks they’re tighter than most other bands in this genre. Despite the shortness of their set they save there finest for the very end, the incomparable Grilled Cheese has this crowd once again falling over themselves with youthful exuberance as they scream along. 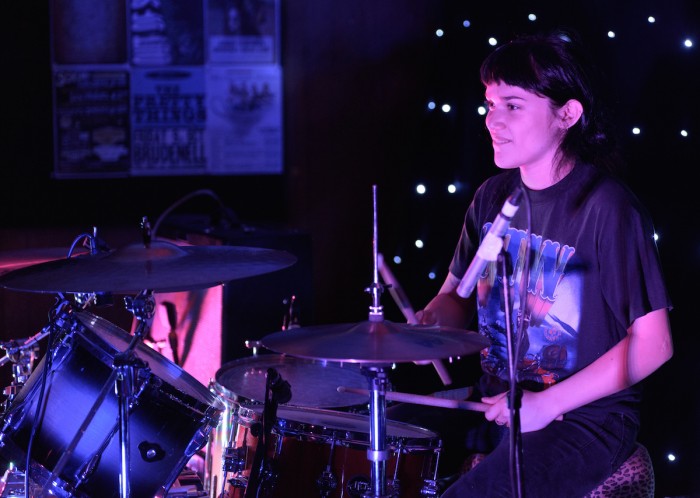 Yet new track Sip O’ Poison is a short sharp blast of screeching unbridled hysteria that sees both Clementine and Sean in the crowd, as well as numerous crowd surfers even though this room isn’t much bigger than most front rooms. All the while drummer Hannah maintains the impeccable pace as she has done all night grinning along amidst all of the chaos that was going ensuing in front of her. With that the though the band exit the stage leaving this hyper crowd begging for more.

Tonight has to have been one of the most raucous uncontrollable shows that I’ve seen in a long time; so few bands have the ability to whip up a crowd into such frenzy. I’m also sure that these guys are going to continue to tear venues apart for many years to come as their fledgling career takes flight.

Cherry Glazerr can be found online here cherryglazerr.bandcamp.com. They’re also on Facebook and tweets as @CherryGlazerr.