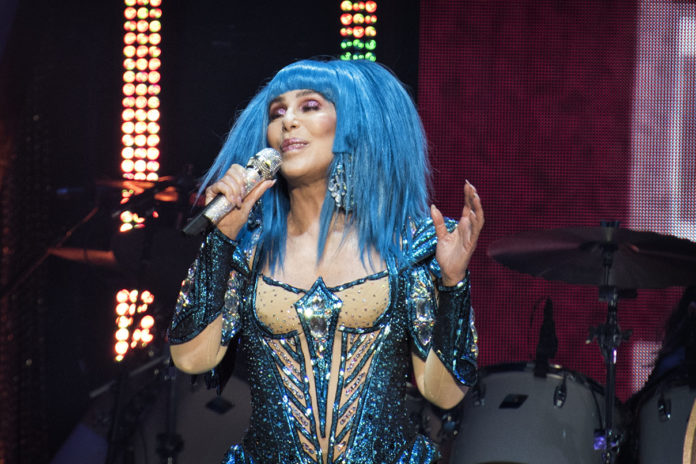 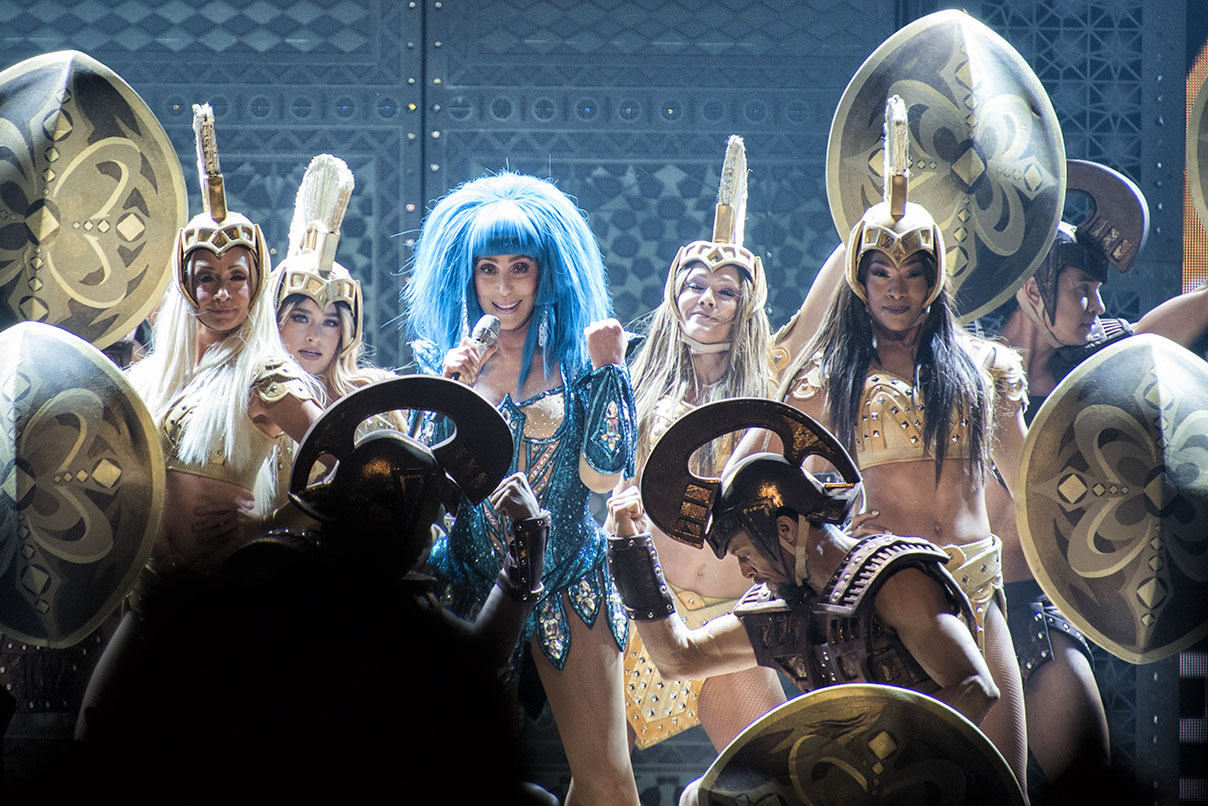 With a career spanning 6 decades and at the grand age of 73 Cher proved that she is more than worthy of the titles icon and legend.

Cher’s arrival onto the stage was heralded by a video montage of highlights from her career before she was lowered onto the stage (in an elegant silver platform) from above sporting a goddess costume and bright blue wig to ‘Woman’s World’, to rapturous applause from the worshipping audience.

She then launched into ‘Strong Enough, with her Vegas stye dancers, clad in Gladiator warrior costumes. 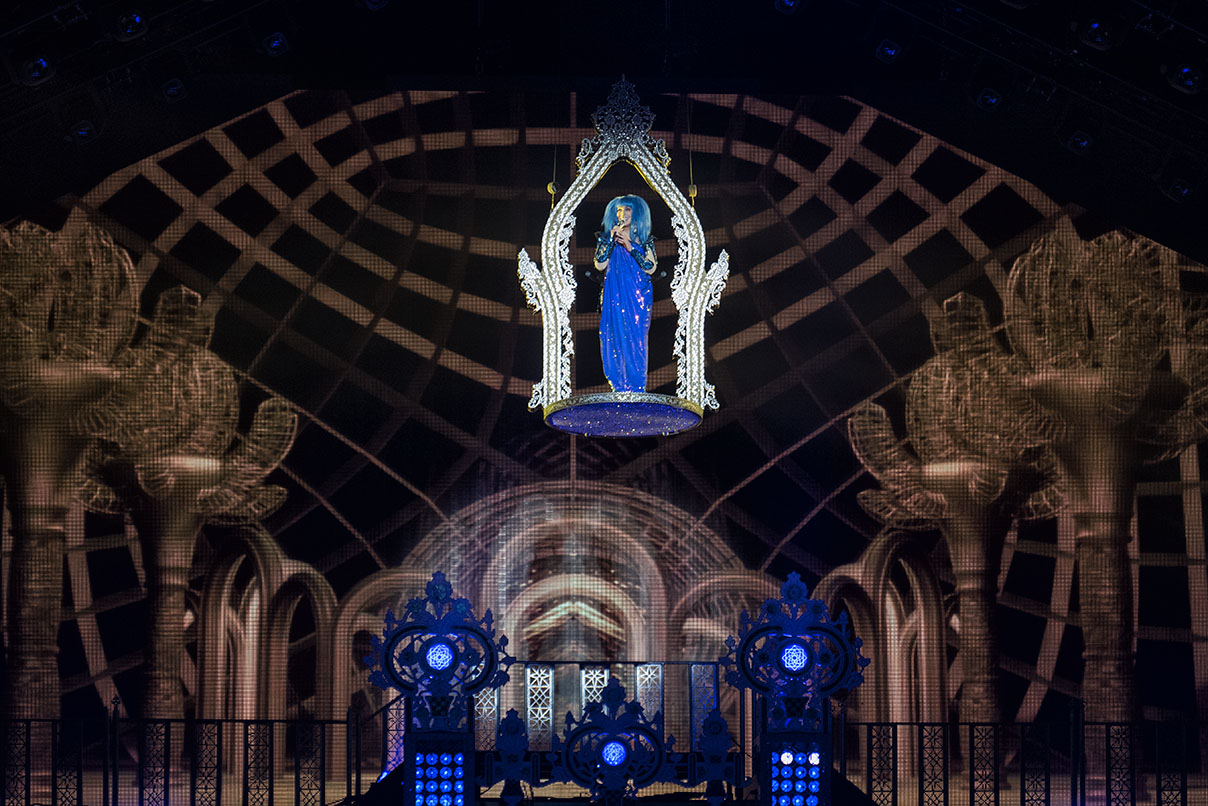 After two songs she asked everyone to sit whilst she launched into a 10-minute monologue about turning 40 and not being considered sexy enough for a role in the movie ‘The Witches of Eastwick’. Then it was back to the music and we were taken on a musical journey which featured songs from her rock, pop, disco and 60’s musical incarnations.

She even duets with her late ex-husband Sonny Bono (his voice booming out of the PA) as the giant video screens on stage played footage during ‘The Beat Goes On’ and ‘I Got You Babe’. She then pays tribute to Elvis Presley before performing ‘Walking in Memphis’. It was now time for three ABBA songs, with a nod to her role in the film ‘Mama Mia 2’ and her most recent album of ABBA songs ‘Dancing Queen’ being her 26th studio album to date.

There were costume and wig changes galore, this was a real spectacular glitzy show very much in the vein of her celebrated Las Vegas shows. Looking and sounding fabulous, Cher proved that she can still put on one hell of a show. 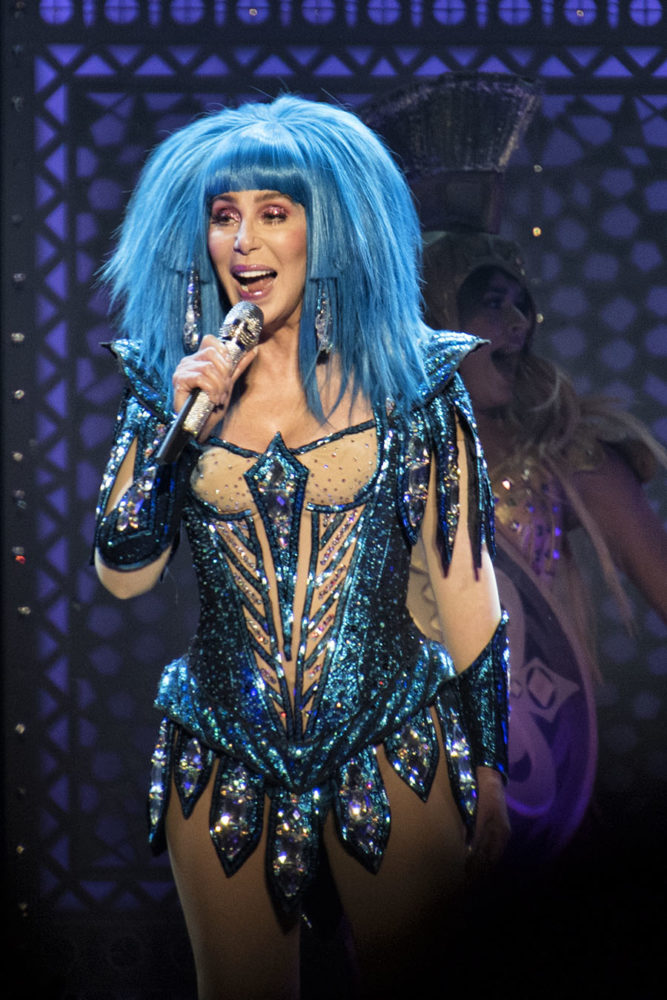 For her smash hit ‘If I Could Turn Back Time’ she appeared onstage in the outfit that she wore in the video, all that was missing was the cannon and the sailors! She literally turned back time to 1989 much to the delight of the sold-out ecstatic audience at the Arena. This particular song for me was the highlight of the show and she really came to life during the performance.

Cher closed the show with the monster hit ‘Believe’ a song which reached number one in the United States, the United Kingdom, France, Germany, Australia, Canada, Ireland, Scotland, New Zealand, Spain, Italy, Greece, Norway, Sweden, Denmark, Belgium, Hungary, Switzerland, Poland and the Netherlands. It earned her a place in the Guinness Book of World Records as the oldest female solo artist to top the Billboard Hot 100 chart, and became the highest-selling single by a solo female artist in the United Kingdom and has sales of over 11 million copies worldwide. 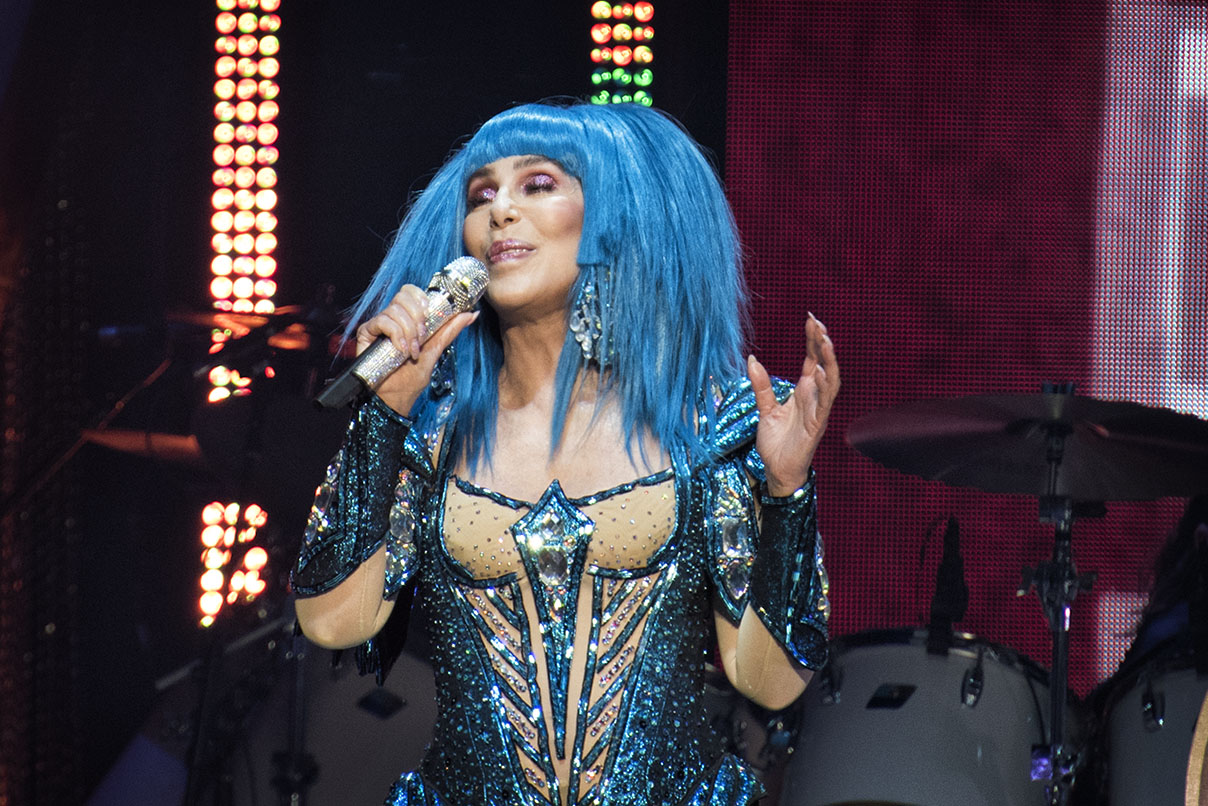 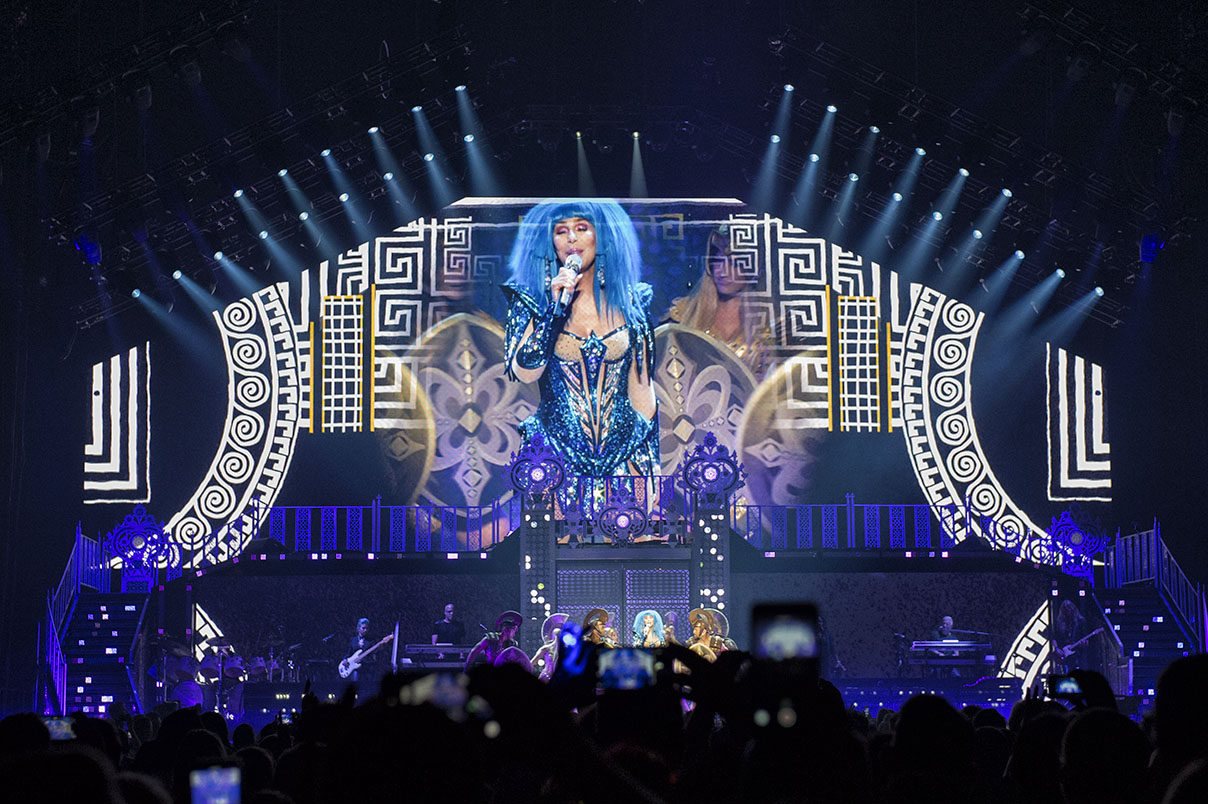 This was an incredibly polished and slick performance that showcased Cher, the Grand Dame of reinvention perfectly.

As a fan of rock Cher I personally found the setlist a little disappointing, although many of the big hits were performed I could have done without “The Shoop Shoop Song”.

Who knows how much longer she will continue to tour and perform, but she showed no sign of retiring anytime soon and long may she continue.