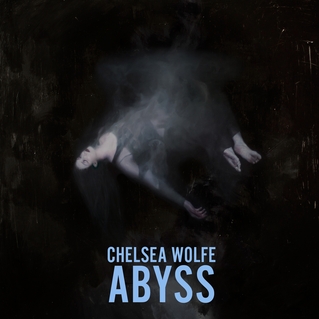 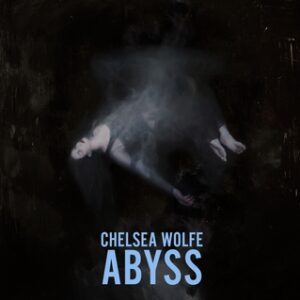 LA based Chelsea Wolfe has been releasing a great series of darkly romantic, highly original releases for the past few years and has hit a stunning peak on her new album, Abyss.

With her throbbing electronic pulse and swooping, hypnotic gothic vocals she has reinvented goth for the 2st century. That’s not goth said in a sneering, ironic way, but Goth with a capital G, these are the Goths who paint it black, the Goths who sacked the Roman empire, the Gothic medieval architecture and the Gothic dark heart of modern culture – that nightmare that exists just beyond the pastel shades of the now.

This is an album to get immersed in, from the haunting intro Carrion Flowers that explores that dark territory that Robert Smith and the Cure were doing when they were verging on the genius in the days of Pornography, or the fringe black metal when it’s slowed down and darker, or the drone rock of Sunn O))) (Stephen O’Malley is a fan) – except Chelase Wolfe doesn’t do anything as boring as making her music with guitar, bass and drums, she does it with sparse electronics and that great heartbroken voice that uses the dynamics of space to colour the songs a thousand shades of black.

As the album unfolds into the more guitar-laced songs like Iron Moon or Grey Days you can hear her much mooted nods towards the dynamics of rock and metal and the exploratary nature of that genre – one of the few areas left in modern music where anyone takes a musical chance in these days of timid safety first.

Chelsea Wolfe stretches the music taut – she does loud and quiet perfectly and she takes chances but has ultimately created a record that gives her a real chance to break out from cult status to the mainstream, when it is given the opportunity listening to the dark, enveloping clouds of musical genius makes us falls in love with them time and time again.

The album was recorded with longtime collaborator, multi-instrumentalist and co-writer Ben Chisholm and a band made up of regular drummer Dylan Fujioka and viola player Ezra Buchla with guitarist Mike Sullivan from Chicago post-rock band, Russian Circles who gives the atmospheric songs a power and feline anthemic shape.

This is music for a every interesting, introspective, dark clad misfit in every town in the world looking for a soundtrack and a major and impressive work of beauty and violence.

Currently she has brushed aside all opposition and is now the leader in the industrial / dark music / goth whatever you want to term it scene.

Where others once led, Chelsea Wolfe is the new boss…