Home Blogs Ched Evans: A Horrible Saga That No One Comes Out Of Well 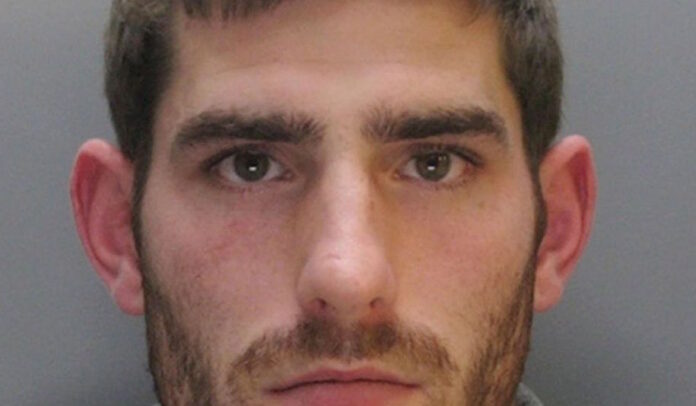 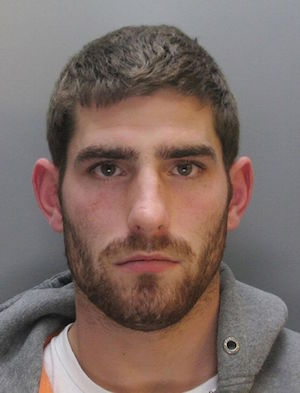 On Thursday, Oldham Athletic became the third English league club after Sheffield United and Hartlepool United to choose not to sign Ched Evans. The club cited the overwhelming nationwide negative publicity they had faced and abuse on social media as the reasons for not signing him; while they ended up making the right decision, they arrived at it for the wrong reason says Dan Lucas.

I’m a fan of Manchester City, the club from whose academy Evans, the convicted rapist and former professional footballer, graduated; I wouldn’t be a supporter any more if, for whatever reason, they re-signed him. Evans is currently serving the remaining 30 months of his sentence for raping a woman in a Premier Inn in Rhyl in 2011 on license. As is his wont and his right, Evans protests his innocence. However even if he has been wrongly convicted – having not sat through the trial as the jurors did, it would be wrong for me to guess either way, but he has been convicted after a fair trial – the man comes across as a reprehensible human being.

Until Thursday, Evans had failed to condemn those who sought to vilify the victim of the crime for which he was convicted: a woman, 19 at the time of the events, who has apparently been forced to change her name and address five times and was unable to celebrate Christmas with her family on account of the abuse she suffered from his defendants online. Even now he has notably not mentioned the website, bankrolled by his wealthy father-in-law-to-be, that is under investigation by the Attorney General for posting CCTV footage of the victim in the hotel lobby. Condemning this witch-hunt of an innocent victim while maintaining his innocence would have been possible; however Evans waited until the day he was rejected by a third club to show any sense of remorse, or even of humanity.

Even his one act of contrition is the classic non-apology we have come to expect from footballers: a cursory citation of Oldham’s financial well-being, a half-hearted distancing of himself from those using social media “in an abusive and vindictive way towards this woman” (running on the same website that continues to look to discredit her and shows pictures of a rape victim with the caption “judge for yourself”, as though the kangaroo court of the internet has any bearing on the conviction itself) and an apology “for the effects that night in Rhyl has had on many people, not least the woman concerned.” Given that the language used throughout his statement attempts to invite sympathy, it’s hard not to think that the “many people” he feels sorry for include himself.

Even the events of that night in Rhyl that are accepted by the defence stink of sleaze and an outdated, offensive attitude towards women. Evans responded to a text from his friend Clayton McDonald saying “I’ve got a bird” by going to the room where McDonald and the victim were having sex and joining in – without consent, in the eyes of the law – while two of his friends captured the act with camera phones from outside the hotel room window. Evans then crept out via a fire escape leaving the woman alone, naked, without her possessions and in a bed soiled with urine and vomit. In the wider public eye, football has a sordid reputation entwined with lad culture that these actions perpetuate. This history of misogyny overshadows some of the genuinely heartwarming, brilliant tales from football’s top level – just look at the amazing philanthropy of Everton’s Steven Naismith, for example – and it’s an understandable reputation when characters like Evans feel it’s acceptable to act this way.

I wouldn’t want Evans at the club I support for the same reasons I wouldn’t want Pepe, John Terry or Luis Suárez there. Not because he’s been convicted of rape – even those found guilty of the most heinous of crimes should be afforded the chance at rehabilitation, or else what’s the point of the whole justice system? – but because he’s a man I find morally bankrupt and I don’t want him to have anything to do with something I have an emotional connection to.

This does not mean, however, that a club should be barred from signing Evans. The argument goes that any club signing him would be glamorising a rapist and elevating him to the status of a role model. Football fans deserve more credit than that.

Footballers are not, by and large, role models. There are, of course, exceptions: the likes of the England captain, of Steven Gerrard, Zlatan Ibrahimovic, Cristiano Ronaldo and Lionel Messi are idolised by many (this writer included, in some of these cases). However these are few and far between; they are elite players at the very peak of a popular sport in possession of fame and fortune that make them wholly unrelateable to us. Those who think that a mediocre striker such as Evans scoring 20 goals a season for a League One club would be idolised grossly overestimate said hypothetical club’s importance in the sport. Yes, there will be idiots who chant that “Ched Evans can do what he wants” if his goals secure them promotion, and their children will admire him, but it’s naive and stupid to think that these morons’ attitudes towards rapists, sexual violence and women were brought about or even endorsed by a small-time club signing a small-time player: in football, Evans is a nobody.

It is also worth noting that Oldham have claimed that their staff have been subjected to horrific abuse online over the Evans matter. One report claimed that a director was threatened with the rape of his daughter (“If you sign that awful rapist I’ll have to go and rape someone”… the mind boggles), although Greater Manchester Police have not, at the time of writing, substantiated anything beyond a few “low-level” Twitter threats.

Oldham Athletic is a small club. Signing Evans would make sense purely from a footballing perspective as he is a capable footballer if nothing more. He would not find glory or riches there or at any other club that might sign him; it is reported he would be paid £400 per week at Oldham: roughly what I earn as a freelance sports writer, if not less.

Lower league clubs such clubs as Oldham, Sheffield United and Hartlepool exist only for the love of their long-term fans and for their local communities. They are rallying points for a group of people with a common interest: they will never win, their players will never lift the Champions League trophy. To the wider world these clubs are as insignificant as a band that plays a village pub once a month. I’m as likely to lift the Premier League trophy as Evans is. It is the fans and the communities that they should consult, their feelings that they should gauge before deciding whether or not to give a convicted criminal a second chance. Oldham were guilty of naivete in failing to do this before making their initial decision, later rescinded, to offer Evans a contract.

The Professional Footballers’ Association [PFA] too have failed to understand this. Their steadfast support of Evans and simplistic party line that he has “served his time” (he hasn’t) ignores the complexities brought about by this case being in the public eye and in the unique world of sport. It would also be a surprise if Gordon Taylor, the PFA’s chief executive, were to survive in his role following his appallingly offensive comments comparing Evans to the victims of the 1989 Hillsborough tragedy.

If the club’s supporters, its sponsors and the small community they represent do not want to be associated with Evans then fair enough. However the wider Twitterati calling for the world of football to shun him has little ground to stand on. Marina Hyde put this best in this column for The Guardian, but if you are outraged by Ched Evans’ actions then lenient sentencing for rape and inadequate rehabilitation procedures should be the target of your ire (as well as Evans himself). Expecting the grubby world of football, where the good eggs are overshadowed by a constant stream of sleaze and corruption, to act as a moral arbiter helps no one.