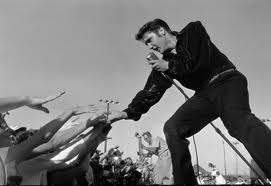 Mic’s and their stands – unsung heroes; well they to have played their own little part in the story of rock’n’roll through the years, here’s 5 quick examples;

Improvising with a broken mic-stand in an all out show of angst; Julian Cope would mutilate his stomach with the sharp edges of his stand during performances of ‘Reynard The Fox’ to eventually going on to build one which was so indestructible that he could climb and swing from it at will – and did. Cope eventually put it up as a prize in 1993 raising over Ã‚Â£2,500 for anti-fur campaigners Lynx by raffling it off.

Even before show man Freddie joined Queen and turned into the star he’d always been; Mercury instantly took a dislike to the conventional heavy mic-stand of the day. Not being one to stay stage centre all night he found lumbering a full mic stand about gave him very limited room to strut his stuff around the stage so simply cut off the excess to leave his 3 foot T-version that went on to become as much a trademark as his tache.

What do you when you have no where to stash your non prescription on stage drugs? You decorate your mic-stand with a selection of handkerchief’s and other decorative garments to hide them in; which is exactly what the Aerosmith front man did back on tour of the US in the 70’s. Apparently the garments came first but when one night Tyler realised his silky all-in-one catsuit type stage wear didn’t have any pockets to store his pills and powders in he secreted them in hidden pockets he had stitched into the colourful drapes he’d already decorated his stand with which no doubt in the end contributed to the toxic twin actually overdosing one night on stage during the bands set.

After a promising start with his early 70’s debut single ‘Gypsy/Misty Mountain’ among a few other releases Otway’s career never really took off though he still managed to pull a loyal following live due to his alternative performances and spoken word pieces, the most popular was the rendition of ‘Headbutts’ which featured him headbutting his mic. Managing to destroy a SM58, one of the worlds best selling microphones during one of these sets in front of audience and assembled press Otway’s microphone abuse lost him his sponsorship deal with the Mic’s manufactures ‘Shure’, though today among giving his lectures “making success out of failure” and writing Otway can still be found live giving his most renowned tune the odd run out.

Probably the most iconic artist-mic connection ever would be Elvis and the Shure 55S, identified as the mic he exploded on the scene with and again the product of microphone pioneers Shure, the polished chromed 55S was actually one of many mics the King used in the early days but thanks to images from early concerts and especially his rise to fame on The Louisiana Hay Ride that spawned countless pictures showing Elvis holding and caressing the 55S while sending the fans below wild it’s become a prime piece of Elvis’s and 50’s rock’n’roll nostalgia.

… And if you ever have any bother with awkward security let them have the mic, as shown by Ian Brown