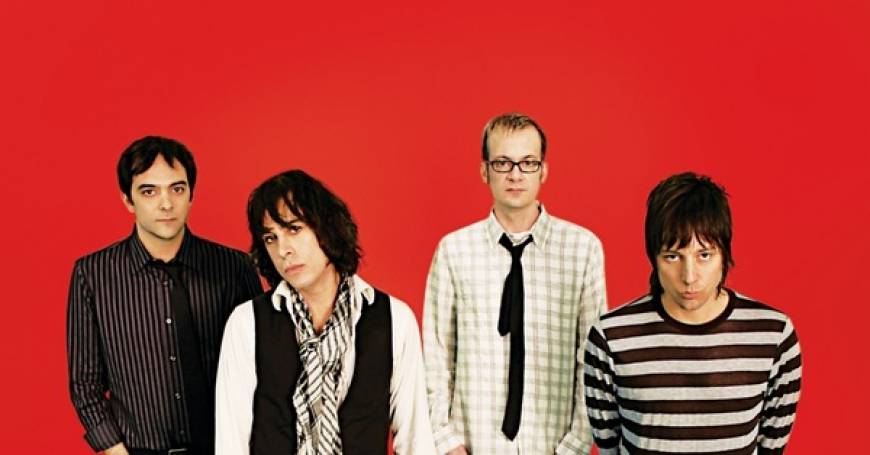 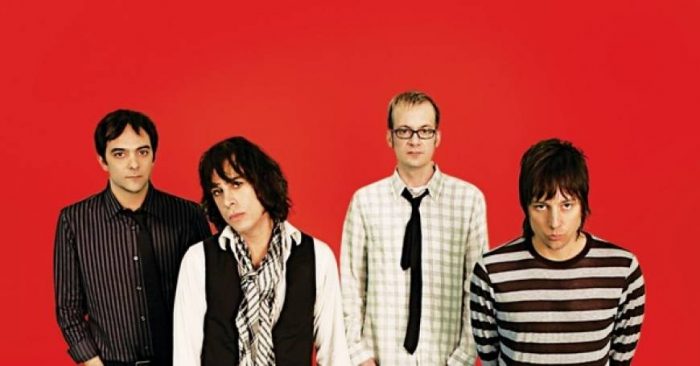 Rock music is a broad spectrum, but are subgenres always a good thing? One man’s trash is another man’s treasure, and besides Britpop one of the most troubling monikers is that of ‘power pop’. Is it a fluffy and forgettable format or a crucial commodity within alternative music? Sam Lambeth writes in defence of a timeless medium.

No band wants to become pigeonholed. The leading stars in the world of rock – The Beatles, U2, Radiohead, R.E.M. – saw it as their duty to evolve and change, never producing the same record twice (even if they had the odd misstep or, in Radiohead’s case, the youthful indiscretion of Pablo Honey). Thus, being labelled as one style can cause nothing but irks, shrugs and lingering disappointment.

For example, the raft of guitar-based bands that came to prominence in the mid-nineties will always be branded as ‘Britpop’. It’s a term that may have seemed endearing during the bacchanalian British indulgences of The Groucho Club, New Labour and Alan McGee’s chequebook, but now feels like a cloying anachronism that has rendered its foot soldiers (think The Bluetones, Shed Seven, Cast) as superannuated entities incapable of growth.

Another term that has provided derision is ‘power pop’. A prevalent force throughout the 1970s and ’80s, it remerged during the 1990s as a term used to describe bands that dealt in driving distortion, hazy harmonies and a sunny sentiment. However, often missing in those descriptions was the term ‘substance’. “There’s a kind of aesthetic to power pop to be light on purpose,” said Ken Stringfellow, and he would know – not only did he serve a tenure in the reformed Big Star, he also rode the returning power pop wave with his own band, The Posies. “I wanted something with more gravitas.”

But is being called ‘power pop’ a dismissal? In a world where issues are heavy and deflating, where real life can be crushing and disappointing, surely there is a place for music that is, by design, light and perky? Not only that, but as a genre power pop is a deceptive beast. Power pop songs are like looking into an autostereogram – look closer and you’ll see much more pressing, pertinent issues lingering beneath the chordal colour. It certainly had, and has, more weight than the beercan-for-a-brain hymns of the Gallagher era.

No artist wants to see their body of work trickled down into one handy soundbite, but power pop is the loveable underdog of the rock music world. It is a product of reliability, and even though it indulges in thumping guitars and the occasional vocal bombast, it is like noticeable for not being noticeable.

It’s hard to pinpoint exactly where power pop was born, but it’s widely accepted that the likes of Todd Rundgren and Badfinger helped usher it in, before the supreme fuzz of Big Star and the youthful abandon of Cheap Trick solidified its assets. The latter two bands also produced arguably two of power pop’s most strident songs – the former’s fuzzed-up melodies of September Gurls ached with summer longing, while the latter’s arms-aloft Surrender provided a wonderfully wry nose cock to parents across the land. Both’s messages are still relevant today, even if the haircuts have changed (slightly).

There were other noticeable entries into the power pop canon, sometimes by performers who weren’t tied to the genre – Tom Petty’s chiming American Girl mixed his rootlands rock with honeyed harmonies, while down the line Bob Mould would offer two knockout power pop stompers in two different bands (the bubblegum crunch of Husker Du’s Flip Your Wig and Sugar’s twinkling, but still tenacious, Helpless). Conversely, there were some acts that stuck loyal to the power pop format. Matthew Sweet fine-tuned the formula for a new generation with his album Girlfriend, and since then has continued to plough a familiarly fuzzy furrow, producing albums that mix wistful contemplations with both jangly and jagged fretwork.

Maybe power pop was dismissed for its bombast? After all, the likes of Cheap Trick, The Knack and The Raspberries all dealt in trebly guitars, multi-layered vocals and big riffs (the kind you hear on That ’70s Show and Wet Hot American Summer, to be precise). However, as the sound was discovered by newer acts, it was moulded into something more subtle. Teenage Fanclub’s Bandwagonesque bought Big Star to the grunge (yep, another subgenre for you to digest) era, but sensibly eschewed any of-its-time production in favour of three-part harmonies, breezy melodies and a jauntily melancholic outlook.

Since then, power pop has ebbed and flowed, but there have been sterling entries into its style. Fountains of Wayne’s arrival in 1996 hailed yet another new era for the format, one they’d perfect with the magnetic Welcome Interstate Managers (2003). Brendan Benson’s 2002 record Lapalco combined wry reflections with strutting distortion, while Ash reintroduced the aching teenage heart with the sun-drenched Free All Angels (2001). Even in 2017, you can still hear some of power pop’s core traits in bands such as Best Coast, Slotface, Diet Cig and Dude York.

Power pop’s place in the pantheon of rock music is one of confusion, but it shouldn’t be dismissed. Nor should it be ridiculed. For all its levity, it’s a style of music that is needed to delightfully rub against the more concerned, po-faced purveyors of pop music. In the world of power pop, it’s always sunny, but the rain clouds are never far away.

All words by Sam Lambeth. Sam Lambeth is a Birmingham-based writer and journalist. You can read more of his work at his archive.