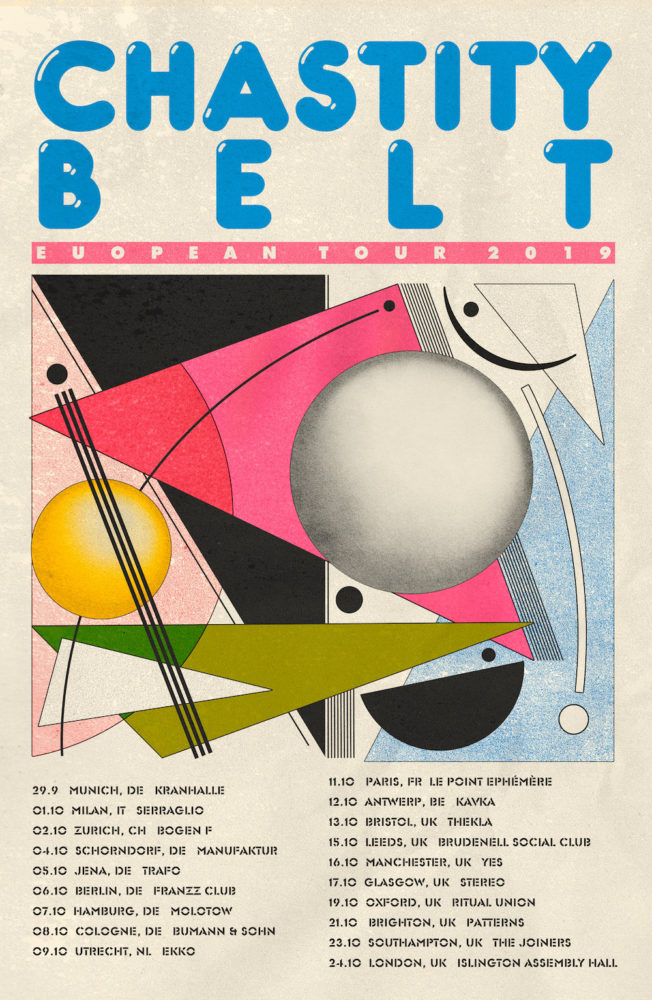 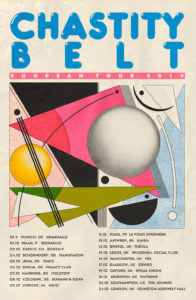 Unbelievably it was more than four years ago that I wrote about Chastity Belt for Louder Than War…. and Dave Beech reviewed Time To Go Home and interviewed the band.

Somehow we missed reviewing their 2017 breakthrough album ‘I Used To Spend So Much Time Alone’ which saw them transition from kooky college band to seriously nuanced art-rock group who could sustain a mood and avoid cliches.

Produced by Matthew Simms from the  current line up of Wire, it gained the band some serious praise:

“This is feminism as fact; as default… It’s the evolution of how young women impart vitally important information.” – said NPR

It took a while for the albums subtle charm to get its hooks into me I have to admit. (Not helped by the fact that label-mates on Hardly Art La Luz had more immediate Surf-noir tunes which beguiled me.)  But now -I can see how Chastity Belt are somehow, in a roundabout way, the spiritual grand-daughters of the mighty Raincoats -and as out on their own as they always were.

Julia Shapiro, Gretchen Grimm, Lydia Lund, and Annie Truscott’s 2017 album for Hardly Art, ‘I Used to Spend So Much Time Alone’ was their third and widely praised as their finest full-length to date. It was recorded live in July of 2016, with producer Matthew Simms (Wire) at Jackpot! in Portland, Oregon (birthplace of some of their favourite Elliott Smith records), it’s a dark and uncommonly beautiful set of moody post-punk that finds the Seattle outfit’s feelings in full view, unobscured by humour.

The Autumn 2019 tour announcement marks the start of the next chapter for Chastity Belt, who will return to the fold with new music later this year. Watch this space for more info!

I’m excited about this – there are loads of great new female bands around but very few seem to be as musically delicate, as serious & open and as unique-sounding as Chastity Belt.   Buckle up and get hold of some tickets…..

Tickets go on sale Wednesday, June 12th at 10AM BST from here

All words Ged Babey except where specified