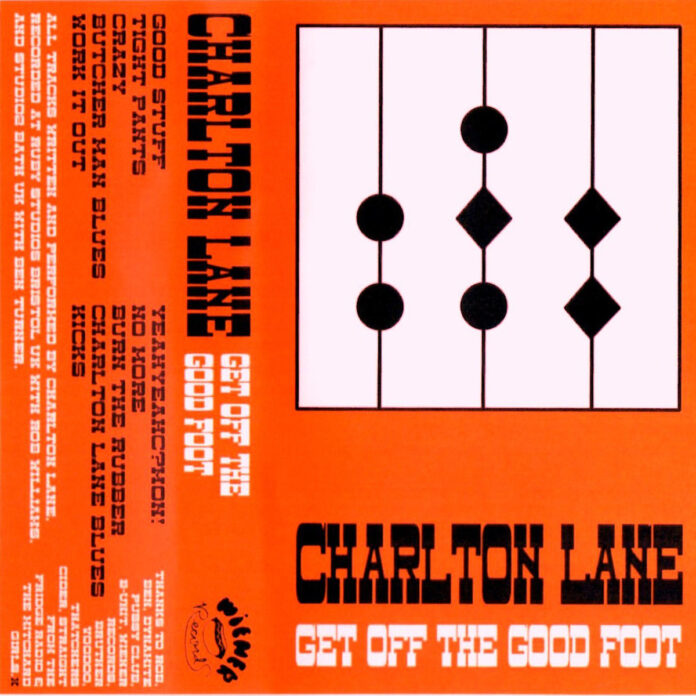 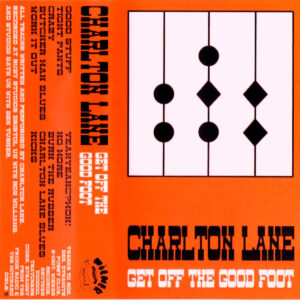 Charlton Lane is Bristol based one man elctro-kraut-blues-rock star. He put out this great album through Wiener Records (a sister label the brilliant Burger Records) at the end of last month and here Philip Allen reviews it.

Charlton Lane is the brainchild of one Chris Mitchard. Butcher by day, Rock and Roll animal by night! Lead singer and guitarist of the West Country’s sleaziest garage rockers, The Dynamite Pussy Club, he has decided to add another string to his bow by going solo on this project. Armed with a platoon of pedal fx’s and a drum machine, Chris is maneuvering to become the torchbearer of all things, ‘GarageMamboPunkFunk’ as he calls it. The music of Charlton Lane is adding, ‘ElectroKrautBlues’ to the mix on this Limited Edition Cassette and digital release.

‘Get Off On The Good Foot’ gets off on a pretty good foot as it goes, with the single, ‘Good Stuff’. A tightly wound drum machine beat leads confidently into the sort of riff that helps get your buns shifting in your Levi’s. His message is loud, clear and infectious. Chris is here to have a good time and he wants you to have a good time too.

‘Get Off On The Good Foot’ is like the gift that keeps on giving! Songs with names like ‘Tight Pants’, The Cramps-y ‘Crazy’ & ‘Butcher Man Blues’ rip roar you a new asshole with every beat of beatbox and every funky note and creosote riff, and despite the recordings humble origins, the production is pretty good and it’s obvious this guy is feeling it in his bones and the shaking is a merely involuntary action to the depth of the passion one man can have for his art.

There is an obvious bravado and tongue in cheek element to Chris’s shtick, but he pulls it off like a true lover and no better said with the song called, ‘Get Your Kicks (On The A46)’. This man is on his way to becoming a West Country Legend.

You can buy the album on Bandcamp.

Charlton Lane is on Facebook and he tweets as @mitchagogo.