Deewee label mates and collaborators announce a one off London date hot to celebrate the forthcoming EP by Charlotte Adigéry. 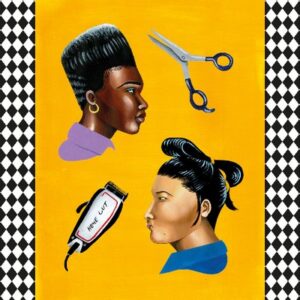 Back in 2018 the Belgian record label DEEWEE, famously owned and ran by Stephan and David Dewaele of Soulwax, released the debut EP by Charlotte Adigéry, who the band have previously worked with on the soundtrack to the movie Belgica.

The EP has been co written with fellow DEEWEE label mates Bolis Pupul. The eponymous debut release was a fantastic introduction to a new talent which contained four tracks, running the musical range from of minimalist electro folk, to full on electronic techno floor fillers.

This February, DEEWEE are set to the second release by Charlotte Adigéry, the Zandoli EP, which  The is once again a collaboration with Bolis Pupul. Based on the two tracks released from the EP to date, it seems as though the Zandoli will be devastatingly catchier in the ear worm department than it’s predecessor.

To celebrate the release of Zandoli, Charlotte Adigery has announced a one off live date at The Sebright Arms in London on March 18th.

You can find out more about Charlotte Adigéry at her official Facebook page.