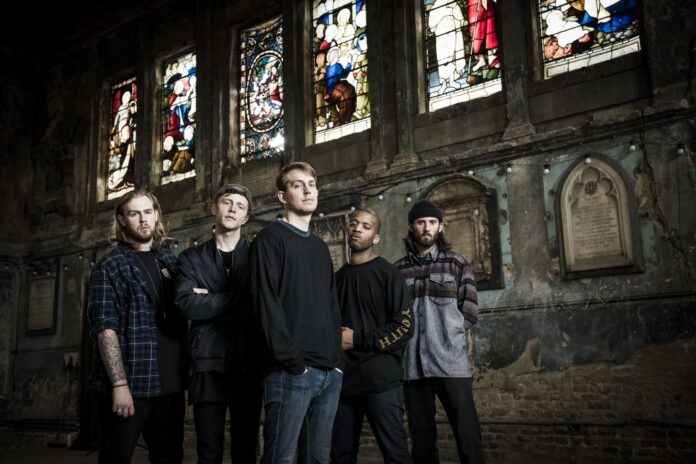 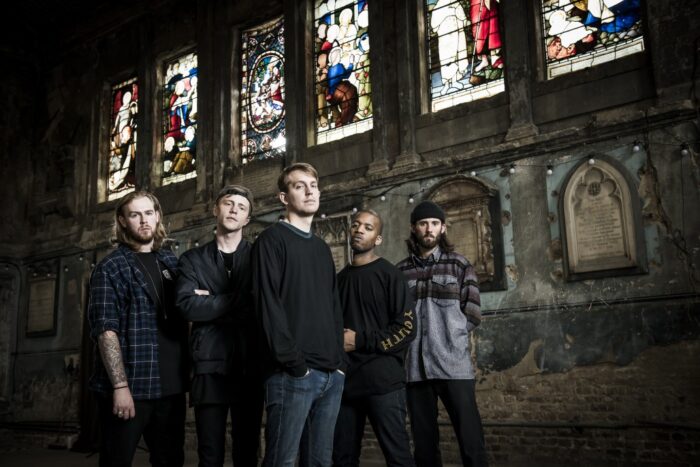 With their debut album ‘Liberated Sounds’ due out on 16th October we asked Counting Days’ Charlie Wilson to pick his top 10 hardcore / metalcore songs.

For those in the dark still, London metalcore quintet Counting Days are made up of former members of TRC, Heights, Rough Hands and Last Witness with the result being exactly what you’d expect the sum of those parts, which is why they’re one of the most talked about metalcore bands in the UK scene today.

You can stream the first single off the album – just out today – below. It’s a brutal, forceful blast of energy, emotion and power guaranteed to have you spin kicking your nearest mate in his or her face and two-step moshing like a goodun.

TRC’s Charlie Wilson is one half of the Counting Days songwriting team and as such it struck us as a good idea to get a handle on some of his favourite songs in the form of a top 10 – these you can find below the new album’s title track, Liberated Sounds…

1) At The Gates – Slaughter of the Soul

Undoubtedly one of the most recognisable metalcore riffs of all time, that, paired with Tomas Lindberg’s classic roar of the word “GO!”, makes this an instant classic before the track has even reached its first verse.

Growing up in the London punk and hardcore scene in the early and mid 2000’s, Knuckledust were the realest band going. Their lyrics and music spoke volumes to the scene and society in which we all came from. 25 Years Dead is a perfect example of this.

3) Bleeding Through – On Wings of Lead

What a riff! Before metal and hardcore, punk rock was my first love, and Bleeding Through always struck me as the metalcore version of AFI, if only for the black clothes and make up. It was always something I was drawn too, and it’s songs like this that are what made me a lifelong fan.

Parkway Drive for obvious reasons always remind me of driving around Australia with my cousins and their pals, and of all their songs I don’t think any of them set the scene quite like this one. I believe Parkway Drive have what it takes to become the next big metal band in our world and I hope they do it as I love their music.

I couldn’t make a top ten list of metalcore songs without including Hatebreed, a band that always pushed the boundaries but stayed true to hardcore music and the scene itself. For me, this is their finest work.

The ultimate tough guy anthem, Terror were one of the first hardcore bands I jumped on in my early teens and this song certainly helped. Even today not many songs get me as pumped as this does.

Possibly the best UK metal band in the last 10 / 20 years? I believe so, Sam Carter is a one in a million vocal talent and he really shows his ability in this song, proving that he might very well be the best in the game today. The musicianship is also just outstanding.

8) Darkest Hour – With a Thousand Words to Say but One

Much like Bleeding Through, this was a band that I picked up on in my early teens, combining that classic Swedish metal sound with catchy hooks and chorus’s, this is a reason these guys are still going strong today – and because they’re fucking awesome.

9) Shattered Realm – All Will Suffer

Far from your standard metalcore band, Shattered Realm combined the underground beatdown scene with just straight up metal. There’s no frills about this, it is just heavy as hell riffs and beatdowns by some big tough guys from New Jersey. All Will Suffer might have been the most covered song in the UKHC scene in the late early 2000s too. Also shout out Second To None.

10) Trapped Under Ice – Pleased to meet you

It’s not often lyrics hit you as hard as the first verse of this tune does, I know the first time I heard Justice shout them, having spent my whole life being a part of the Punk Rock and Hardcore subculture on many levels, they really hit home.

“I don’t want to be followed by sheep, Don’t need the respect of the mentally weak, I have no interest in leading the blind, But walking amongst those people with open minds because I’m – TUI”

Pre-order details can be found at the band’s website: countingdaysmusic.com and the single itself can be bought as of today from iTunes.