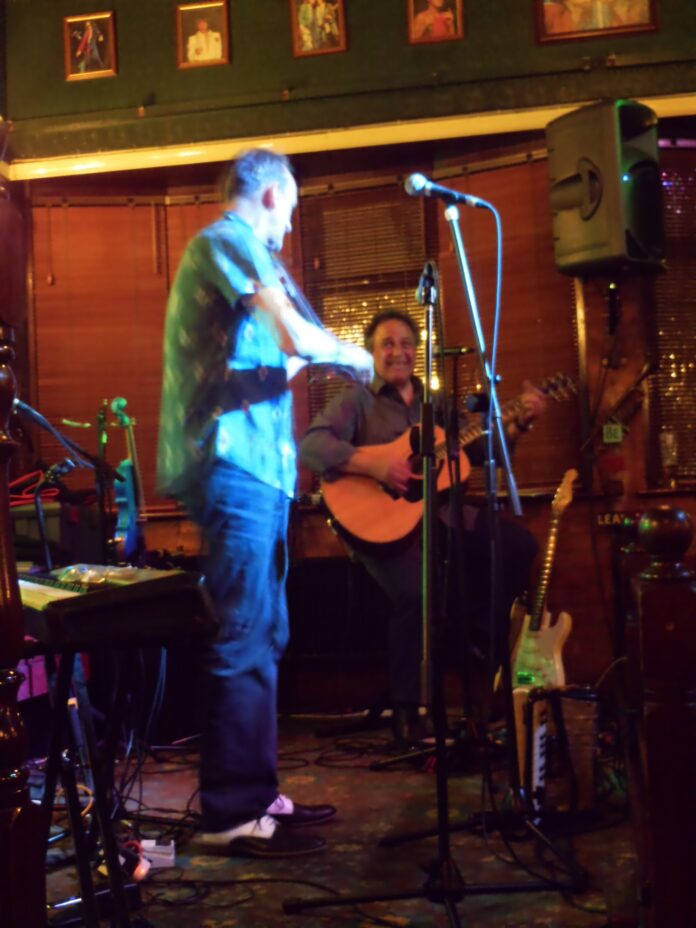 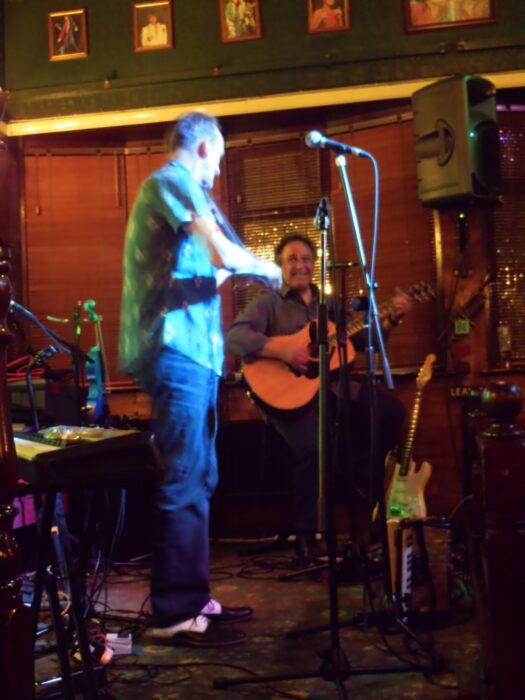 Charlie Hart and Steve Simpson, two members of Slim Chance, who have a mutual musical history dating back more than 40 years, play for the first time as a duo in one of London’s best music pubs.  Louder Than War’s Craig Chaligne reviews.

Charlie Hart and Steve Simpson first played together in a band called St James’s Gate that morphed into the second line-up of Ronnie Lane’s Slim Chance. Known jointly as “The Fishpool Philharmonic” in reference to the farm where Ronnie Lane used to live in the mid to late seventies, Charlie and Steve’s fiddle playing (and many more instruments) graced the albums “Ronnie Lane’s Slim Chance” and “One For The Road.”  Steve departed after that album but Charlie continued his association with Ronnie Lane right up to the time the former Small Faces and Faces musician had to stop touring because of his deteriorating health. Charlie and Steve were the instigators behind a reformed Slim Chance in 2010 and the band have steadily built a dedicated following and will soon be releasing their second LP featuring original material and some re-recorded Ronnie Lane classics.

Despite their musical history together, this gig at The Cavern was the first time they had ever played in duo format. The Cavern is a pub located 5 minutes away from Raynes Park train station. They have bands on most nights of the week and Steve Simpson plays there regularly with his different oufits. Steve’s facebook event had promised “Expect the unexpected and be entertained” and the night totally lived up to that promise. Starting with “Flags and Banners” from Ronnie Lane’s days in The Faces, they then followed it with a  rocking version of Leadbelly’s “Duncan and Brady”, a track that they played at The Leadbelly Fest in June at The Royal Albert Hall and that can already be purchased on iTunes.  After the first two tunes featuring Charlie on fiddle, he sat behind his keyboards to play Bobby Charles’s “Grow Too Old” followed by a take on Lee Dorsey’s “Confusion” featuring some audience participation. An instrumental from Charlie’s Equators project showcased his excellent fiddle playing. Another tune from the forthcoming Slim Chance album was aired towards the end of the first set, a Cajun number with some lyrics in French, it bears the influence of their Slim Chance associate Geraint Watkins.

After a short break during which Charlie was kind enough to have a chat and bring me up-to-date with the band’s progress on the second album. The second half offered more Ronnie Lane memories with great versions of “Oh La La” and “How Come”. A cover of Jimmy Reed’s “Baby, What’s Wrong” and of the traditional Cajun number “Bayou Teche” were nice surprises as was the fiddle instrumental from their days in Ronnie Lane’s Slim Chance. Together Steve Simpson and Charlie Hart provided a fine evening of live music in a  nice friendly pub, who could ask for more?

For more on Steve Simpson and Charlie Hart you can check their official websites : www.charliehart.com and www.stevesimpsonguitar.com.

For more info on the Cavern’s gigs you can check their  Facebook.