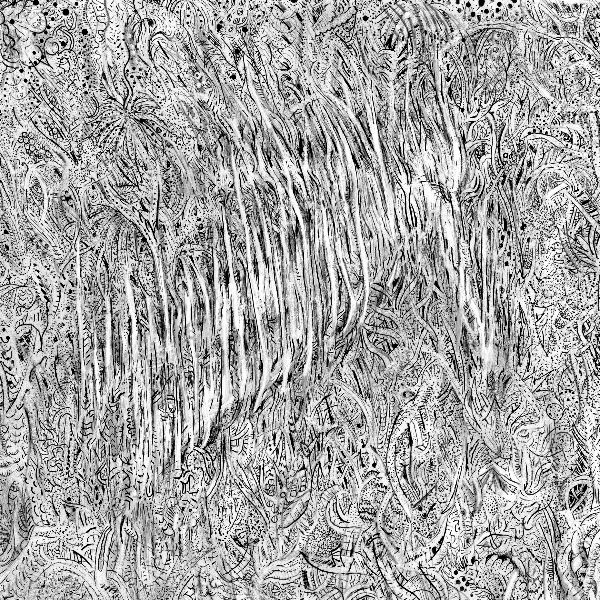 Charlie and the Lesbians are one of the forerunners of the recent blossoming of Dutch “punk” acts such as Tramhaus, Pig Frenzy and Venus Tropicaux, (I use the term “punk” in its loosest sense to signify a newfound restlessness, love of noise and social discontent). Yet the Eindhoven band often seem happily doing their thing with their own label, Bottom Shelf Records; a name that speaks volumes for their wry humour and understanding of the ways of the modern music industry. Whether Fade, their debut LP reconfirms the fact to those that love them to love them more, or kicks on and finds new fans, remains to be seen.

I can imagine that, for the uninitiated at first listen it’s difficult to see what all the fuss is about. But this record, like all their singles and EPs, is a grower, with some powerful tracks that start to worm their way into your brain. What you have to accept is that the band has a formula and they stick to it, squeezing every ounce of imagination and personality from what often feels like a deliberately limited sonic palette. For one there are the playground chants from Charlie Hoeben and the growling and mewling of the guitar from Mees Welmers. Then there are the gonzo rhythms that have the primal quality that Speed Glue and Shinki records have. Simple, powerful structures, given a good kicking. Their songs are built like farmyard machinery, sturdy and unmissable, relentlessly ploughing through the landscape, churning up all the things they don’t like.

If one criticism can be thrown their way is that the band can get all too comfortable doing what they are good at. By thirty seconds into ‘Memory Lane’ (track two) you will be very sure what the rest of the record will sound like. Sometimes the tempo is a tad repetitive, as experienced with the two tracks ‘Utopia’ and ‘Delirium’, by the end of which you feel like you’ve been standing next to a piledriver machine.

But hey, sometimes it’s the obvious things that matter most. And if the debut album from Charlie and the Lesbians is one thing, it is open and honest with its message. After a while you’ll find yourself kicking back and enjoying this cthonic racket. Things really start to kick in with ‘Movements’, an uptempo rocking stroll that sounds like a drunken farmhand compèring at an investment banker’s dinner. Sludgy riffs, and the sometimes muffled hollering really give this track a presence. This is followed by the utterly glorious ‘Melancholic Feelings’, which is a true anthem, driven by some gloriously dumb-yet-deep lines, “The feelings are so real / the way they make me feel / nah nah nah-nah-nah-nah-nah-nah” and a weird Clangers-style guitar squeak. It is a fantastic cut. It speaks truth to power.

The relentless, if sometimes stop-start nature of their music may say something about their personalities; one moment the music wades through a slough of despond, indulging in a moping around, the next minute it’s bouncing around like a dog about to go for a walk. Emotional ping-pong can be played with their song titles, too, which read as a story in themselves: ‘Movements’, ‘Melancholic Feelings’, ‘Manic Laughter’, ‘Memory Lane’, ‘Jesus Comes’, ‘Hating My Life’, ‘Fade Away’, ‘Tales of Whistling Woe’. Further discombobulation is provided by front man Charlie Hoeben’s happy knack of delivering song lyrics that are so absurdly simple, and with such commitment and confidence, that they conjure up a feeling of the utmost profundity. Take ‘Silence’. “Silence, I need silence, I need everyone to shut up for a while”. The sort of dumb “firstest with the mostest” stuff that is a true call to action. Or the tale of Jesus coming in ‘Jesus Comes’. I think the lyrics go, “Fire is burning / fire is burning bright.. I can’t wait when Jesus comes, ‘cos Jesus comes tonight”. All over a growling snarling guitar crashing onto the listener like tidal waves on the beach. It’s up there with the Ramones in my books.

Most of all the record is a lot of loud, provincial punk fun, all the way through. ‘Bird’ is another call to action that starts to take off with a great chord change and ‘Hating My Life’ is an old fave from a previous EP, which gets a new engine and roars off only to blow up in a huge plume of smoke. To quote the game-playing synth player at the back of the Spinal Tap tour bus, there is a whole world out there. Play loud.