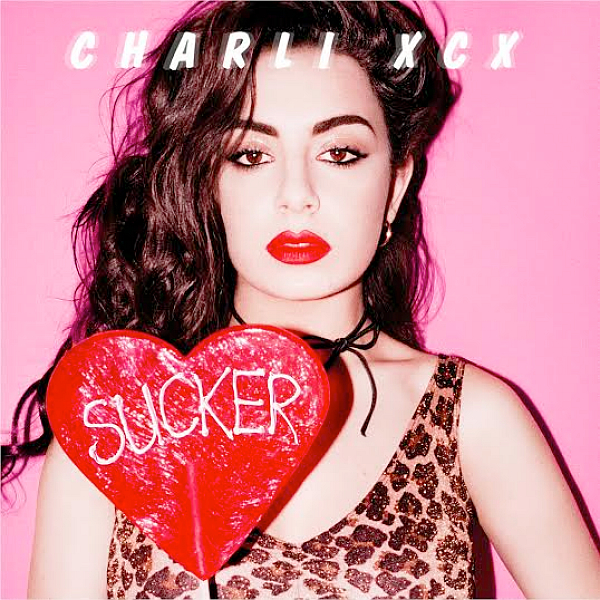 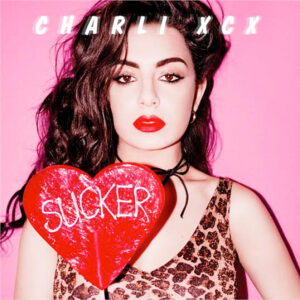 We first wrote about Charli XCX way back in 2011 (it was her first ever review) and the prospect John Robb wrote of then now looks to be realised with the release of Sucker.

This second (or third, depending how you cut it) album managed to snag a place in the Louder Than War Albums of the Year list for 2014 due to a staggered release, with the US drop last December.

Charli XCX’s last album, True Romance, was a poorly-received set of synth-laden-standard-o-pop. It reached the outer atmosphere of the album charts, peaking at 85 before fading away. Since then Charli has been co-writing hits including Icona Pop’s I Love It and Iggy Azalea’s Fancy and perhaps seemed destined for back room writing in the pop factory rather than front-and-centre stardom.

Sucker opens with those wafty synths again but almost as soon as you realise they’re there they flatline. That ominous continuous tone marks them being put to rest and we don’t get so much as a glimmer of their ghost for the rest of the album. With this, her third release proper (second if we only count those The Man has put out) Charli XCX goes all out with the attitude that LTW editor John Robb described back in 2011: “hip, smart and full of pop cool, she crackles the kinetic, electric of the new modern, the multi-music-referencing pop star who is in touch with everything”.

This opening track displays all that and more. This, for a mainstream pop release, is full of rebellion. It’s got the obvious sort – throughout Sucker (the title track) there’s an almost bored snarling of ‘Oh dear God, do you get me now, do you get me now?’ ahead of the ‘Fuck You! Sucker!’ chorus line, all over Tarzan-call backing vocals. But there’s the less obvious too; that these songs are about something other than love yearned for, love gained and love lost. The male gaze falls surprisingly, refreshingly, light on Sucker.

What there is instead is self-assuredness in spades. London Queen brings in some sleazy guitars and chant vocals about leaving London to find her fortune in LA. There’s no doubt in Charli’s lyrics that she can make it, no hesitation or request for your respect; she knows she’s got it, she knows what she intends to do with it and what you think is secondary to that.

This album is so focused on the self, rather than (like most other pop) about how you can be everything that boy over there wants you to be, that it even includes an ode to female masturbation. Body of My Own is perhaps nothing so special on first listen, a decent enough tune, a catchy pop chorus. But how often do you get to hear music aimed at young women that is about positive body image, about their own sexuality (rather than the sexual image One Direction tell her she should have) – this album suddenly becomes that great contradiction; a pop record with a punk ethos at its core.

But there’s the-already-commercial hits too – the song cited as the reason behind the delayed album release, Boom Clap, is just one. This track has been hanging around the charts for the best part of 12 months now and even repeated plays don’t diminish the size of the hook.

Sucker is full colour power pop perfection. Fast paced, bouncing and packed with quirky electronic punctuation. This is mainstream pop that refuses to play by the genres rules, mixing bolshy bass lines with lyrics focused on the self, on fun, on friends and not always on the flirtation, the relationship, the break up and the make up that so much pop obsesses over.

This is a record full of musical attitude – Charli XCX is confident in her talents and that she’s the pop star we’ve long been waiting for. This album doesn’t unequivocally prove that to be true but it certainly plants the seed.

Charli XCX is on tour in the UK in Spring:

All words by Sarah Lay. You can find Sarah on Twitter or read more from her on Louder Than War here.