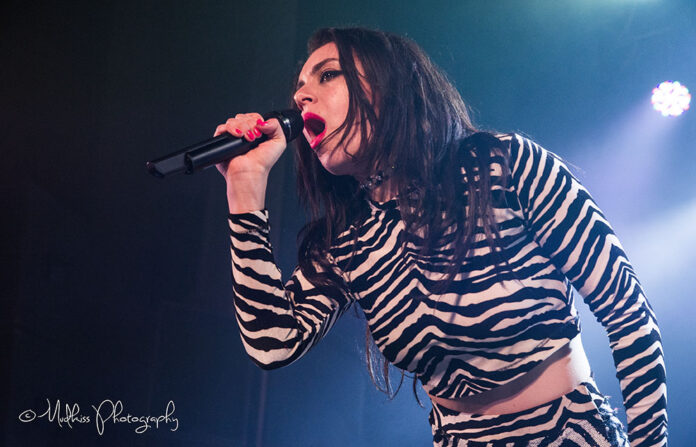 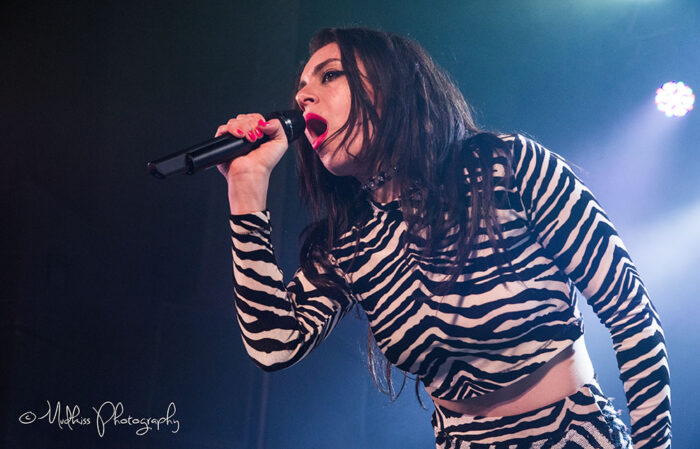 I’m not exactly the kind of person you’d expect to see at a Charli XCX concert. The Academy was filled to the brim with tweenage girls who were probably waiting around to hear ‘Boom Clap’. But I’ve got to say, I’ve got a bit of a soft spot for the 22 year old pop singer, and although it might not have been a perfect gig, I’ve got to say she didn’t disappoint.

The night kicked off with alt-rockers Cuckoolander, a four-piece from London. They impressed, if I’m honest, I wasn’t expecting all too much from them but they delivered a pretty powerful sound. The lead singer had an impressive set of pipes and she knew how to work a crowd, with a particular highlight being ‘Dumb Dee Diddy Dumb’. I was nicely hyped for Charli XCX afterwards, anyway. 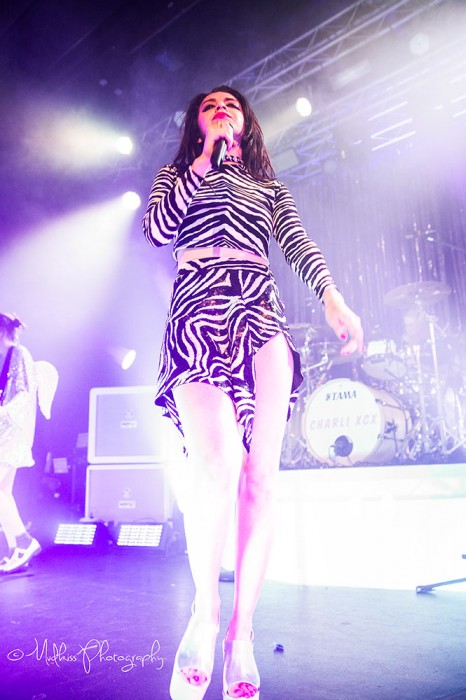 And after the DJ treated us to some Iggy Azaelea, Charli’s band took to the stage, all dressed in sequin dresses with angel wings, bathed in – you guessed it – bubblegum pink light. They kicked things off with the first half of title track ‘Sucker’ before Charli herself erupted onto the stage. She really did have a fantastic stage presence, and has come on leaps and bounds from when I first saw her support Coldplay in 2012.

Then a huge inflatable guitar appeared seemingly out of nowhere as they kicked into ‘Breaking Up’ and then before I knew it we were into ‘I Love It’, which the crowd, fittingly, loved. Her enthusiasm was infectious and the show was saccharine sweet. Really, it was the perfect experience for a Charli XCX fan. And then, somewhat ironically, everyone had their phones up in the air as Charli played her next single, ‘Famous’.

It was at this point that things, unfortunately, started to a little bit wrong. It’d been pretty clear up until this point that Charli had been leaving the crowd to do a lot of her singing, and she finally admitted that she was feeling incredibly ill. She kept in good spirits, however, deviating hugely from her setlist to play ‘Doing It’ since it was somebody’s birthday.

Other highlights of the set included Gold Panda sampled ‘You (Ha Ha Ha)’ and the Gwen Stefani sounding ‘Need Ur Luv’. But at about halfway through the set you could tell that she was really under the weather. She apologised profusely, saying that “I hate the idea of being the vulnerable girl on the stage, I’m really sorry for letting you down.” It really was a shame but the audience cheered her on regardless. She blazed through her set and she really, truly tried her hardest to make sure that everyone had the best show that she could give.

After about an hour she went offstage for her encore. She came back on wearing just an oversized t-shirt with a middle finger sticking up as she played her last two tracks, ending with – what else? – ‘Boom Clap’. The show was over after just an hour and ten minutes. I’m sure a few people in the audience left feeling a little disappointed, but I have to say that despite her illness she really did put on a fantastic show. If that’s what Charli XCX is like when she’s running at 50%, then I can only imagine what she’s like at 100% – and I hope I get the chance to see her again. I don’t care. I loved it.