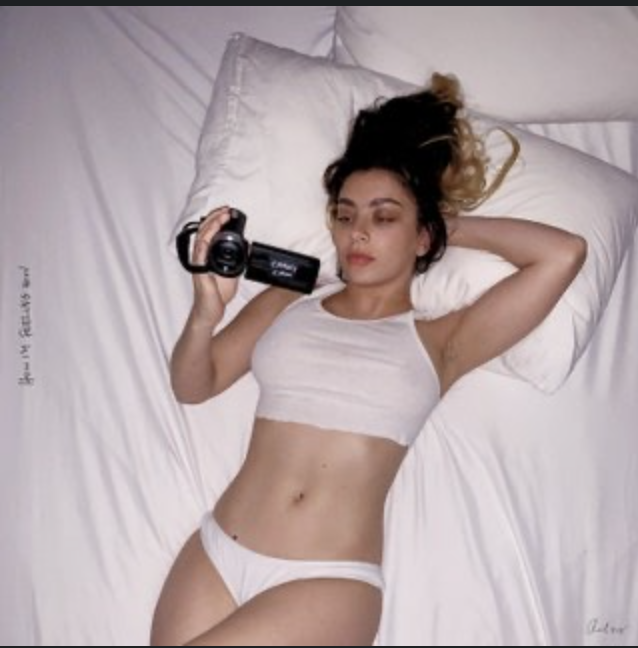 It was a brave and bold move for Charli XCX (whose first ever review was on Louder Than War here) to announce whilst in lockdown on a zoom call with fans that she was going to release a new album, her 4th, during this current worldwide pandemic, however true to her word just 39 days later she presented “How I’m feeling now” to the world.

The 11 song collection, executively produced by Charli XCX has been written, recorded and released during self isolation and is pitched against major releases from pop’s reigning heavyweights Lady Gaga and Dua Lipa.

This is an album that has a DIY feel at its core but remains incredibly polished and true and the lyrical content which is deeply personal not only reflects the times but also shows a progression from her previous work.

The sound and production is fresh and exciting which is what we have come to expect from Charli XCX and the musical style of this album embraces and effortlessly fuses different musical genres such as pop, rap and dance and her vocals are excellent throughout.

The album opens with the aggressive and relentless “Pink Diamond” with its battle cry of “I just wanna go real hard”.

The album’s lead single “Forever” follows an unadulterated love song written about her relationship, with tender lyrics this is a declaration of love during lockdown although this song was in fact written pre lockdown.

Lyrically all of the songs on this album are personal and reflective of the range of emotions felt by us all during these unprecedented times.

The stand out tracks for me are “Party 4 U”, “Detonate”, “claws” and “Anthems” a song that can best be described as a banger. In truth there isn’t a bad track on the album, which continues to reveal its depth and layers with each listen. This is a project that is specific to it’s time and is special for that very reason but will I am sure stand the test of time and take its rightful place in the Charli XCX catalogue.

Charli XCX has previously been referred to as the future of pop music, with “How I’m feeling now” you can safely say that the future is NOW.

Several listens later and this album has proved itself as a great body of work and well worth checking out.