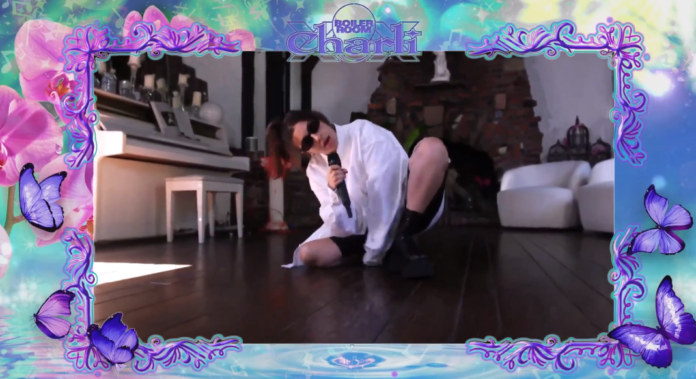 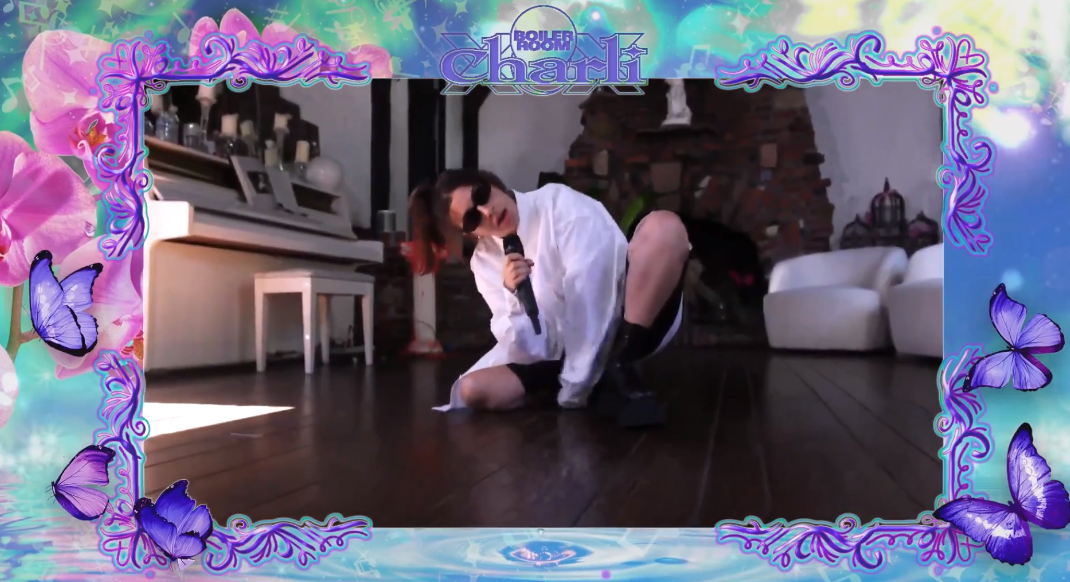 Shortly after the lockdown began back in March, Charli XCX committed to writing and recording an album in six weeks. The results of that experiment, How I’m Feeling Now – which was recently nominated for the Mercury Prize – is easily one of the best music releases to come out of the current pandemic. Filled with futuristically produced pop anthems about isolation and loneliness, it’s an essential time capsule for life in 2020.

Charli’s Boiler Room show in support of the album begins with a making-of montage. More than anything, it highlights why she’s succeeded at making a lockdown album better than anyone else. From workshopping songs on Instagram Live to setting up green screens for music video shoots at home, it proves she’s a pop star for the Internet age.

After the montage, the stream cuts to Charli’s living room. Armed with a pair of sunglasses and a microphone, she dives into a set of songs from her new album.

The songs feel huge despite the small setting. There are heavy, abrasive moments, like the jagged set-opener Pink Diamond, and gentler ones, like the swaying Forever. Then there’s Anthems, a near-perfect lockdown anthem (as you’d probably guess from the title); it’s over-the-top and hyperactive, but that’s what Charli does best: crafting pop songs that are heavy enough to punch a hole in your wall.

Having seen Charli at Reading Festival last year, where she was forced to fill out the huge main stage by herself, the live stream’s intimate setting suits her much better. The single cameraman set-up allows the show to always feel personal; when she addresses the camera, it feels like she’s addressing the viewer directly.

After the punchy 30-minute set, the show segues into a talk show-like format, with Charli chatting to a number of performers over Zoom. It all feels a little disorganised, but honestly, that’s part of the fun. ‘We’re really doing this on the fly right now,’ Charli comments. ‘Gloves and masks, the whole shebang.’

Finally, the stream closes out with a half-hour DJ set from Charli with the three performers dancing along with her set from their separate Zoom screens. Adding to the DIY feel of it all, two of them are doing it from inside a coffee shop, with a barista trying to prepare drinks in the background.

The DJ set itself is very tongue-in-cheek. ‘Boiler Room, how does it feel to have the number one DJ in the world?’, Charli says partway through the set. She plays a mix of her own songs and cheesy club anthems, dancing through the whole thing – even busting out the macarena at one point. Towards the end, she fishes through the stream’s live chat, offering shout-outs to anyone and everyone.

Live stream concerts are difficult to pull off, but Charli manages to succeed by not taking herself too seriously. The thrown-together nature of the show just made it all the more endearing. Despite a little bit of lagging and freezing here and there, it was as a lot of fun.

All words by Elliott Simpson. More writing by Elliott for Louder Than War can be found at his author’s archive and other work on his website.