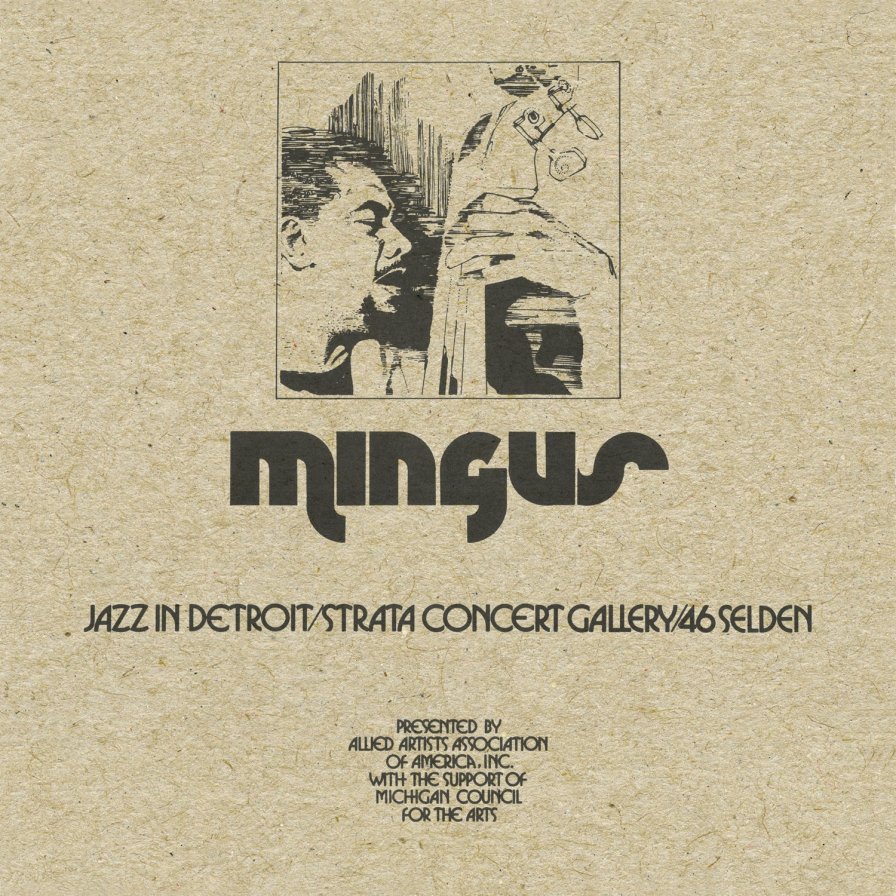 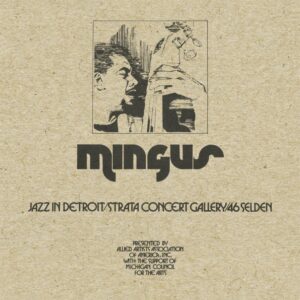 Charles Mingus is one of the most celebrated jazz double bassists to emerge from across the pond. With what was already a celebrated back catalogue safely under his hat recent news came out that a long lost live performance had recently been unearthed from the composer’s week-long residency at Detroit’s Strata Concert Gallery in 1973. Matt Mead reviews the remarkable find for Louder Than War.

When news lands of newly discovered material by any archive artist it’s like Christmas has come early, this is no different with this recent find. The 5 CD set is presented in a spectacular CD sized cardboard box, with new artwork including a poster and booklet, with a portrait of each of the band member appearing on the sleeve of the cd slip covers. Those familiar with the Mingus back catalogue will be chomping at the bit to unveil this new live collection. Those who are aren’t familiar with Mingus and his extended music noodling’s might be enticed to know his material features a wide mixture of music leanings, including black gospel music, blues, elements of Third Stream, free jazz, and classical music. All of which are featured here in this fabulous new collection. As you would expect with any new archive musical find there is always the question of what the audio quality will be like. Ropey bootleg scratchy audio or pristine crystal clear stereo audio. The latter is certainly in the right ball park here you’ll be glad to know. Outstanding remastering by BBE Music and 180 Proof Records provide the listener with an assortment of Mingus treats in clear ultra-stereo.

Recorded at a short-lived performance space run by independent label Strata Records on Seldon Avenue during the early ’70s, The Lost Tapes were originally transmitted live by producer and broadcaster Robert “Bud” Spangler for American radio station WDET-FM, Bud gets an whole hour of speaking parts across this set including in studio talking to the band checking what time they are playing for. The Mingus band on this recording features Mingus alongside an ever changing band line up, this line up consists of drummer Roy Brooks (Chet Baker, Four Tops), trumpeter Joe Gardner (Cecil Bee Sextet), pianist Don Pullen (Art Blakey), and saxophonist John Stubblefield (Freddie Hubbard).

The familiar wide lens of Pithecanthropus Erectus starts proceedings off here in immaculate full band fashion on disc. Part organised structured song, part improvised free form jazz, much like the recorded version, this 25 minute cut of Mingus kicks this marvellous box set into first gear comfortably, without missing gears. The rest of the set follows in similar fashion, each song played to a lengthy 20 plus minute time slot, but who cares when you have these players executing sounds from their instruments, playing probably every available note on their instrument. The jamming parts of the tracks are stunning. Most improvised jams can be tedious and come across as exit door numbers. Not here. The highlights being C Jam Blues and Celia (Alternate Take). Trumpeter Joe Gardner must have had a week off trumpeting after his lengthy parts in each of the numbers here, or maybe he was just playing for the absolute joy of it, and so it would appear here, you can hear each players minds, hands and hearts ticking over as the music just seemingly just flows from the depths of the minds and hearts.

The Lost Tapes: Charles Mingus Live In Detroit was released on 2nd November via BBE and 180 Proof. Order your copy here.