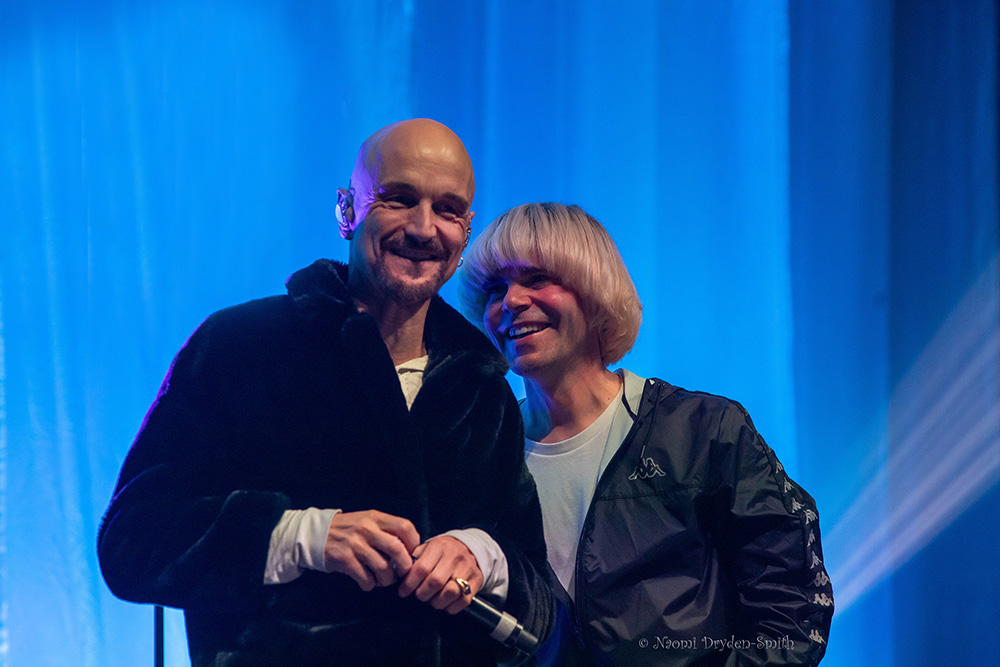 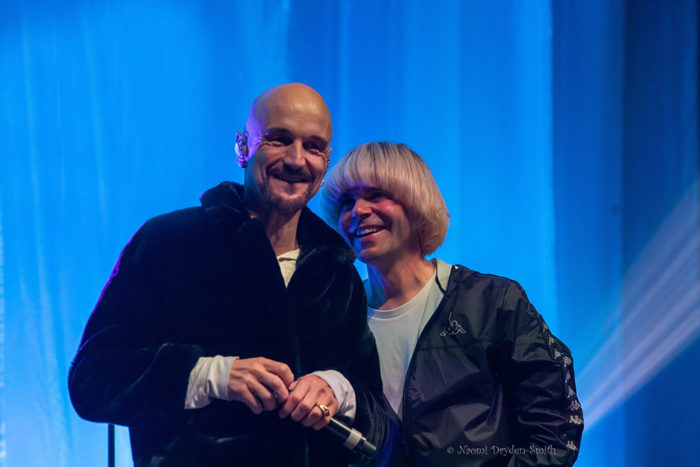 Two North Country Boys came to Wembley Arena last Friday in shape of two Tims (Booth and Burgess) and their much-loved bands, for the second night of their joint UK stadium tour. Naomi Dryden-Smith was there with her camera.

The SSE Arena has a small-festival vibe tonight, ready for two 90s heavyweights The Charlatans and James in a welcome encore to their successful joint concert in Liverpool back in 2016. The vast space of the Arena probably isn’t the first venue you’d choose for either of these bands – both frontmen, particularly Booth, specialise in creating intimacy with their audience by the way they interact. Not so easy in an aircraft hangar. There’s a ramp in front of the stage to bring them closer, but apparently it’s shorter than the one they’d originally requested, limiting that interaction even more. It doesn’t stop them trying though, and it’s an opportunity to compare the approaches – Burgess (who never seems to age by the way) beaming and flapping his arms to get the crowd involved and create energy, Booth gazing intensely at individuals, standing messiah-like above outstretched hands or kneeling down to grasp them.

Particular highlights are a North Country Boy duet with both Tims – Tim Booth possibly under-rehearsed but we’ll forgive him – and later The Charlatans’ perfect tribute to Buzzcocks’ Pete Shelley with Ever Fallen In Love. James’s performance is as intense as ever, enhanced by some tribal drum bashing and Booth’s enigmatic dramatics and vocals.

Hope they do this again and more bands catch on – it’s such a great way to see them. 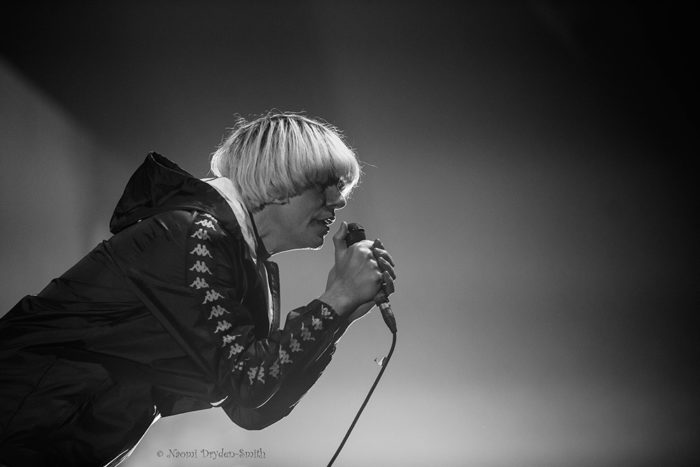 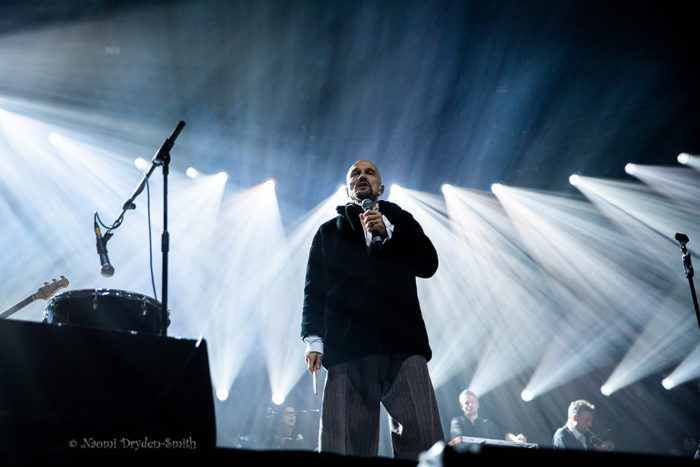 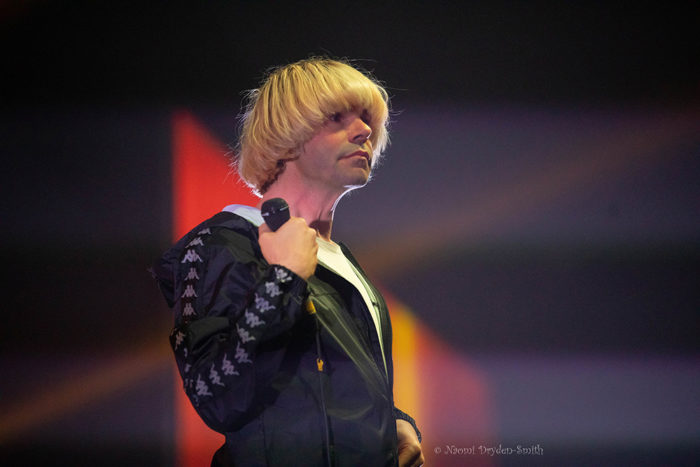 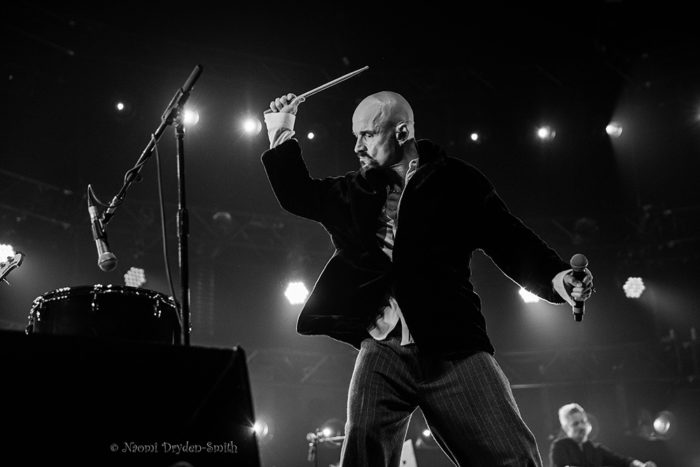 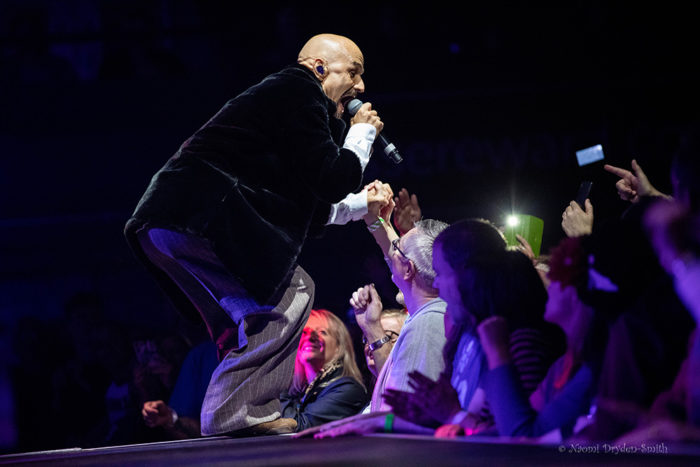 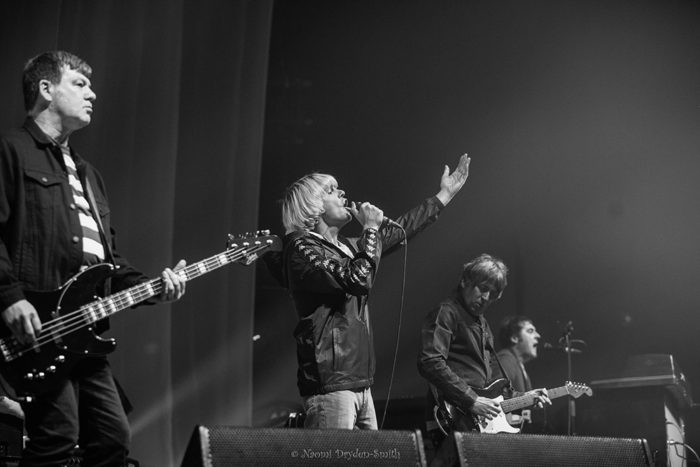 Setlists:
The Charlatans
Totally Eclipsing
Let the Good Times Be Never Ending
North Country Boy (with Tim Booth)
One to Another
Tellin’ Stories
Different Days
Future Tense
Plastic Machinery
The Only One I Know
Impossible
You’re So Pretty – We’re So Pretty
Weirdo
Ever Fallen in Love (Buzzcocks cover)
Sproston Green

Encore:
Say Something
Many Faces
Sometimes