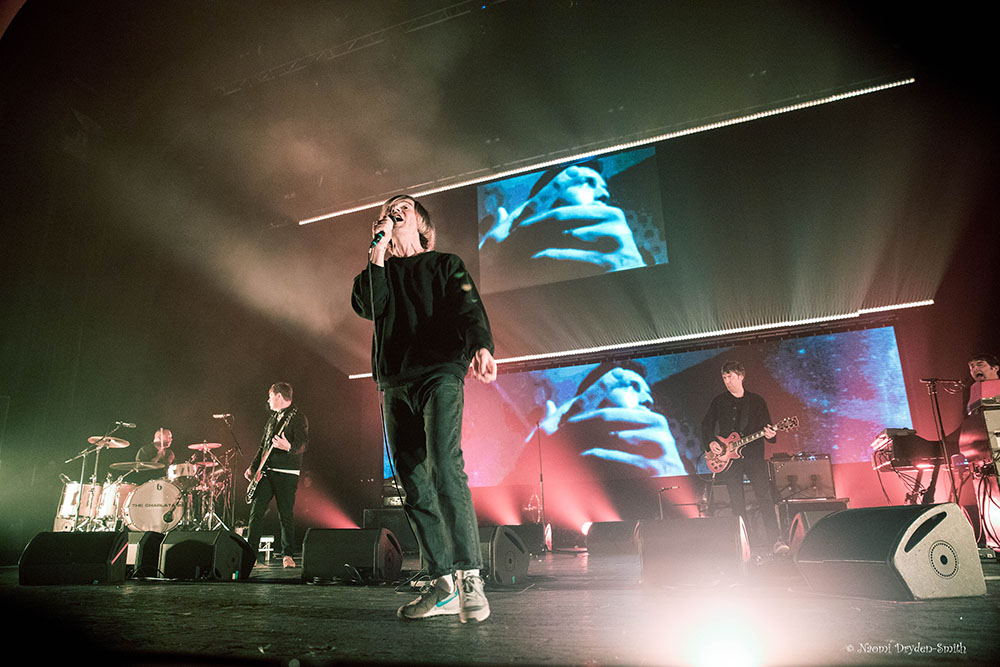 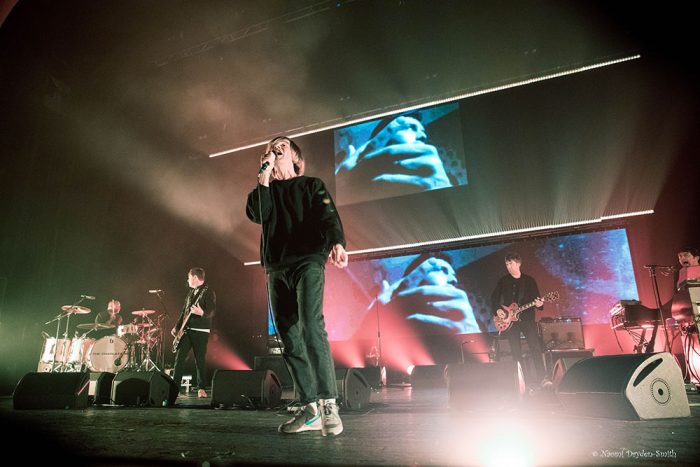 Indie favourites The Charlatans warm up a freezing sold-out night in Brixton with a blinder of a show, rocking out 2017 in style. Naomi Dryden-Smith went along for the ride.

It’s almost the end of their latest UK tour as The Charlatans drift coolly onto the stage to begin yet another sold out show in Brixton. The first number is the very catchy, return-to-baggy new song Not Forgotten, whose title seeps through the sentiment of much of the show, flashing up repeated images of lost members Jon Brookes and Rob Collins.

Unfortunately, a few bands – Queen, Manics, Bunnymen for starters, have a shared dilemma – when you lose someone so intrinsic do you carry on? Personally, and particularly tonight, I’m grateful that it’s a yes.

Tim Burgess is on form, always a stand-out frontman, smiley, interactive, encouraging the crowd to join in. Despite the physical space between him and the rest of the band you can feel the closeness and familiarity after so many years together. Even Peter Salisbury, on loan from Richard Ashcroft, is starting to feel like part of the Charlatans furniture.

So Not Forgotten kicks things off, a laid back baggy lollop very much true to the old Charlatans sound, with a glorious Hammond backbone provided by Tony Rogers on Rob’s original organ. As with Plastic Machinery, the album version has the added treat of Johnny Marr’s jangling guitar – hopes of a guest appearance fade quickly but Mark Collins makes sure the lack of Johnny F*cking Marr is hardly noticeable. 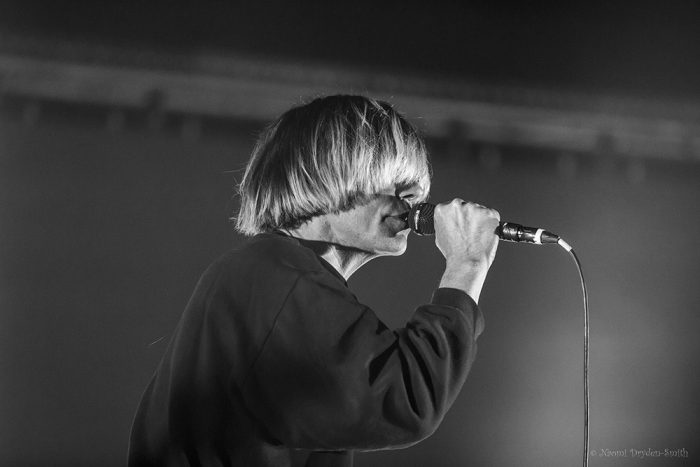 As expected, the show is dominated by new album Different Days, with various shimmering tracks from one of the best albums of 2017. From the funky Over Again, impossible not to dance to, through to an almost uninterrupted run of five songs, including Future Tense making its debut appearance tonight. It’s a testament to the strength of the album, and its loyalty to The Charlatans sound, that these new songs blend so easily with the old hits. The same can be said for Modern Nature, also a great album, which gets a lot of airtime tonight too with the likes of So Oh, Emilie and Talking in Tones. Wedged in between are old favourites such as Weirdo, Just When You’re Thinking This Over, a blistering One To Another (personal favourite) and North Country Boy. It’s a well-balanced, fan-pleaser of a set, boosted by a dazzling lightshow. The crowd loves it, the entire standing area is jumping, waving beer, singing back. 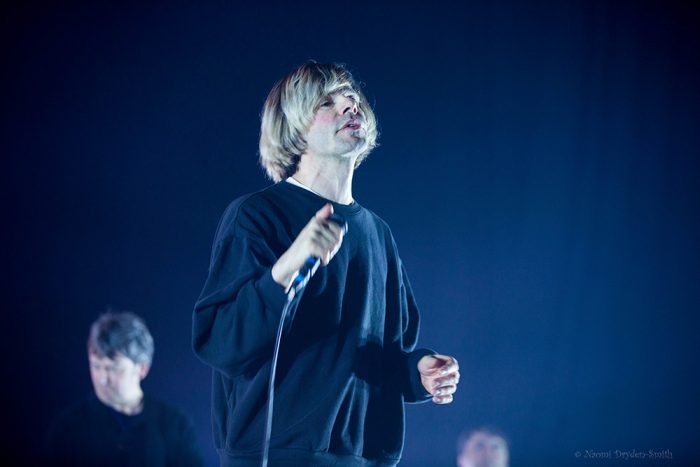 Martin Blunt’s pounding bass kicks in, Tim’s harmonica is out and we’re into Sproston Green – there’s a sinking feeling that the end of the gig is now minutes away. The finale always deteriorates into a euphoric battle between Hammond, bass, drums and green and strobe lights – it’s both exhilarating and a wrench. Tim’s sitting on the floor. It’s over. It’s been a superb Charlatans romp, perfect end to 2017.

The Charlatans latest album Different Days was released on 26 May 2017. You can keep up to date with The Charlatans on Twitter, Facebook and their official website